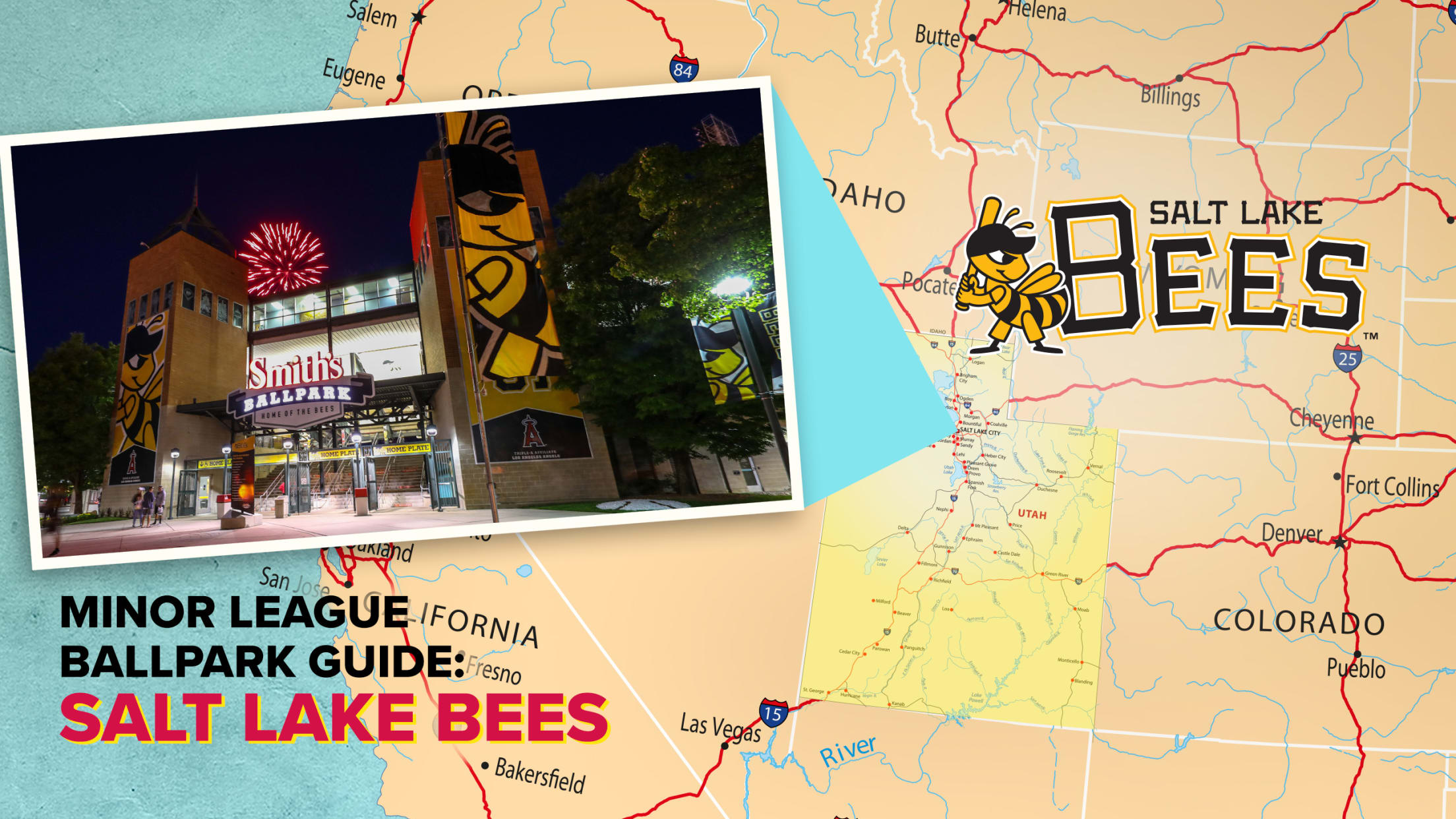 Welcome to Smith's Ballpark, right in the heart of Salt Lake City and a staple of the Beehive State. 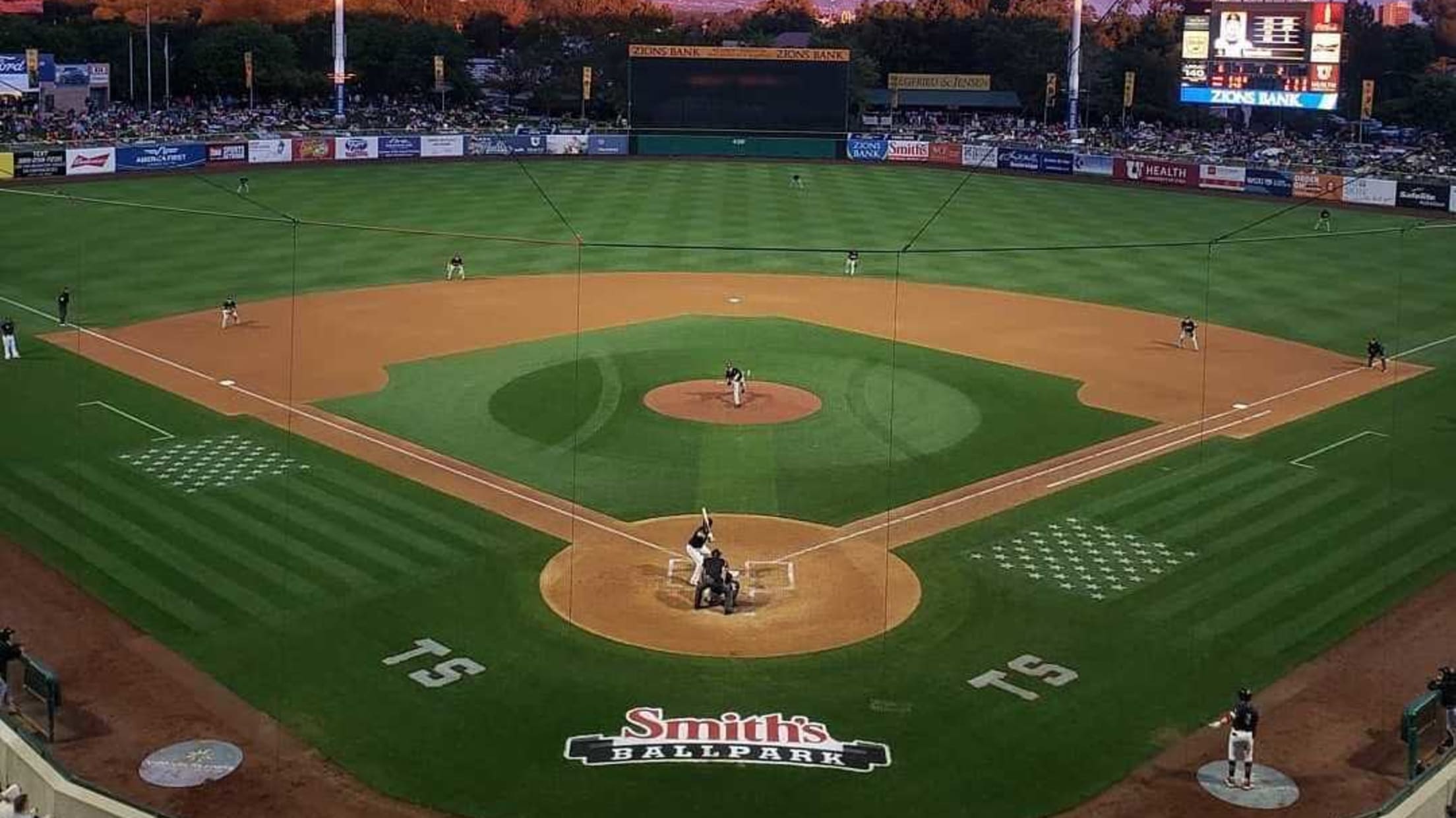 The state of Utah has long been affiliated with Bees, as a beehive appears on the Utah state flag and the state's official nickname is the "Beehive State." Salt Lake's uniforms and color scheme are also similar to the original Bees franchise. 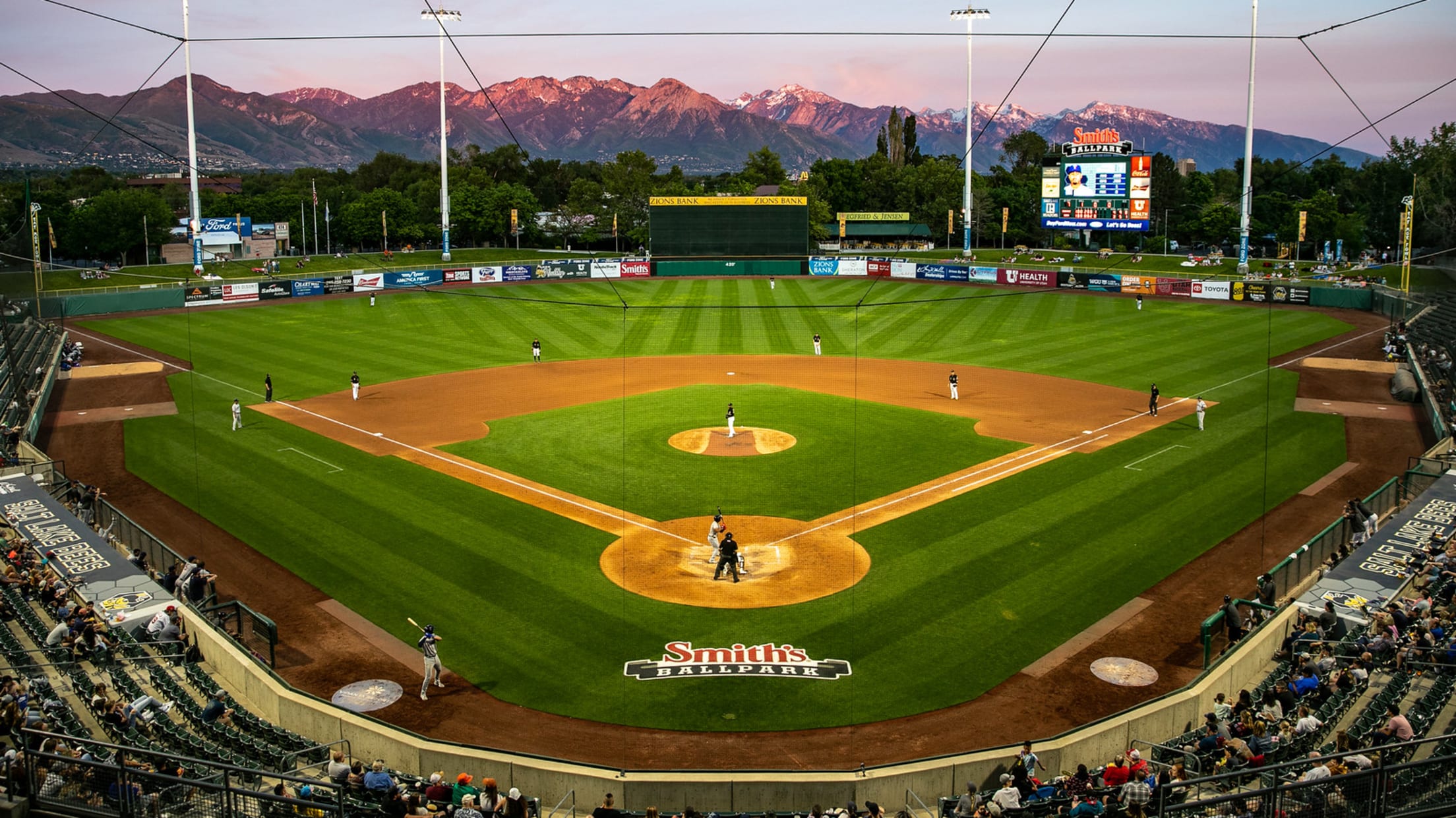 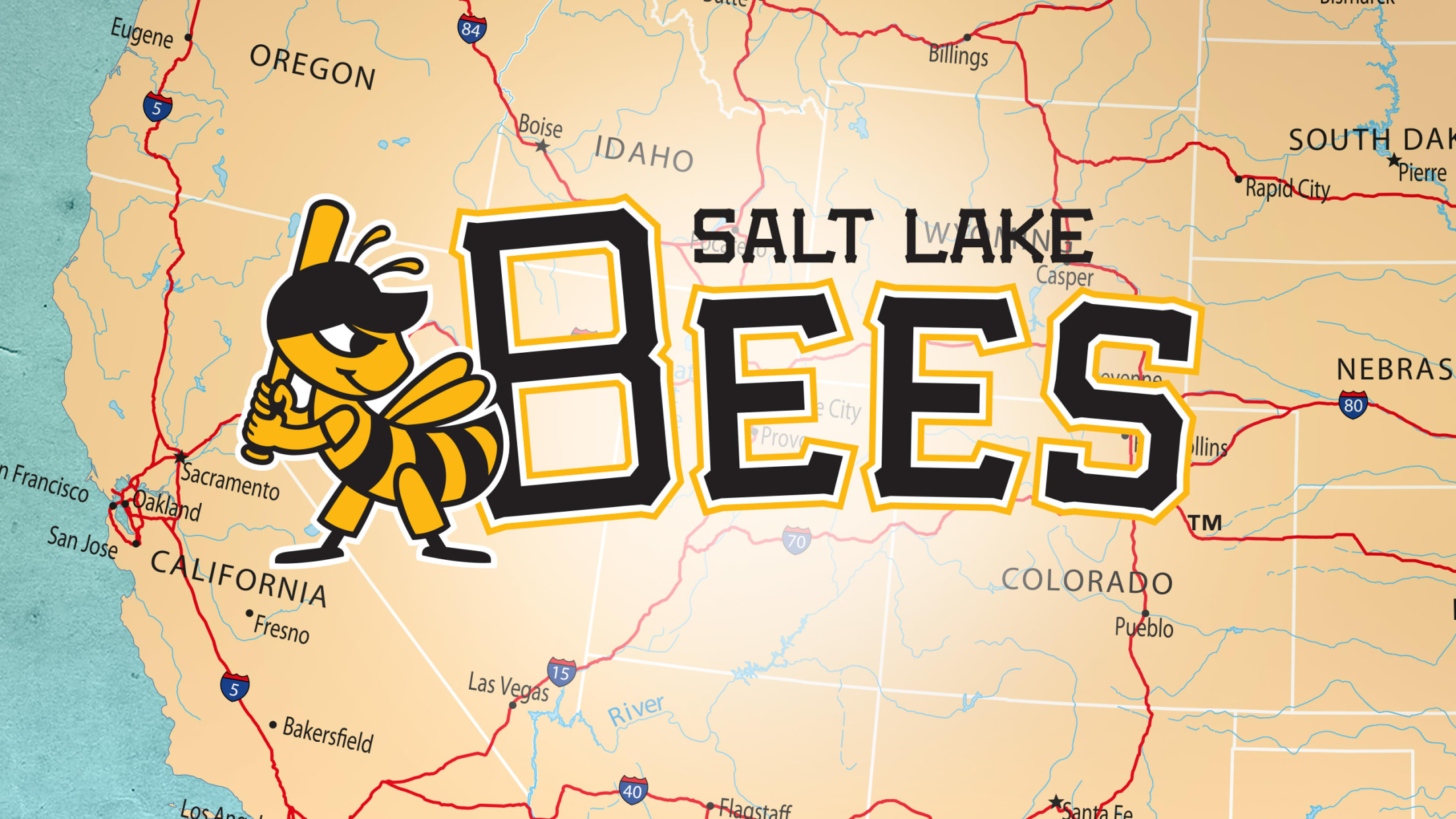 Smith's Ballpark, formerly known as Franklin Quest Field, Franklin Covey Field and Spring Mobile Ballpark, is named for Smith's Food and Drug, which is based in Salt Lake City. It was renamed in 2014. It also plays host to the Utah Utes in the Pac-12 conference. The ballpark is accessible from I-15 with fans taking Exit 305C (1300 South). Fans can also use the TRAX light rail, exiting the ballpark station at 1300 South, which is located one block from the field. 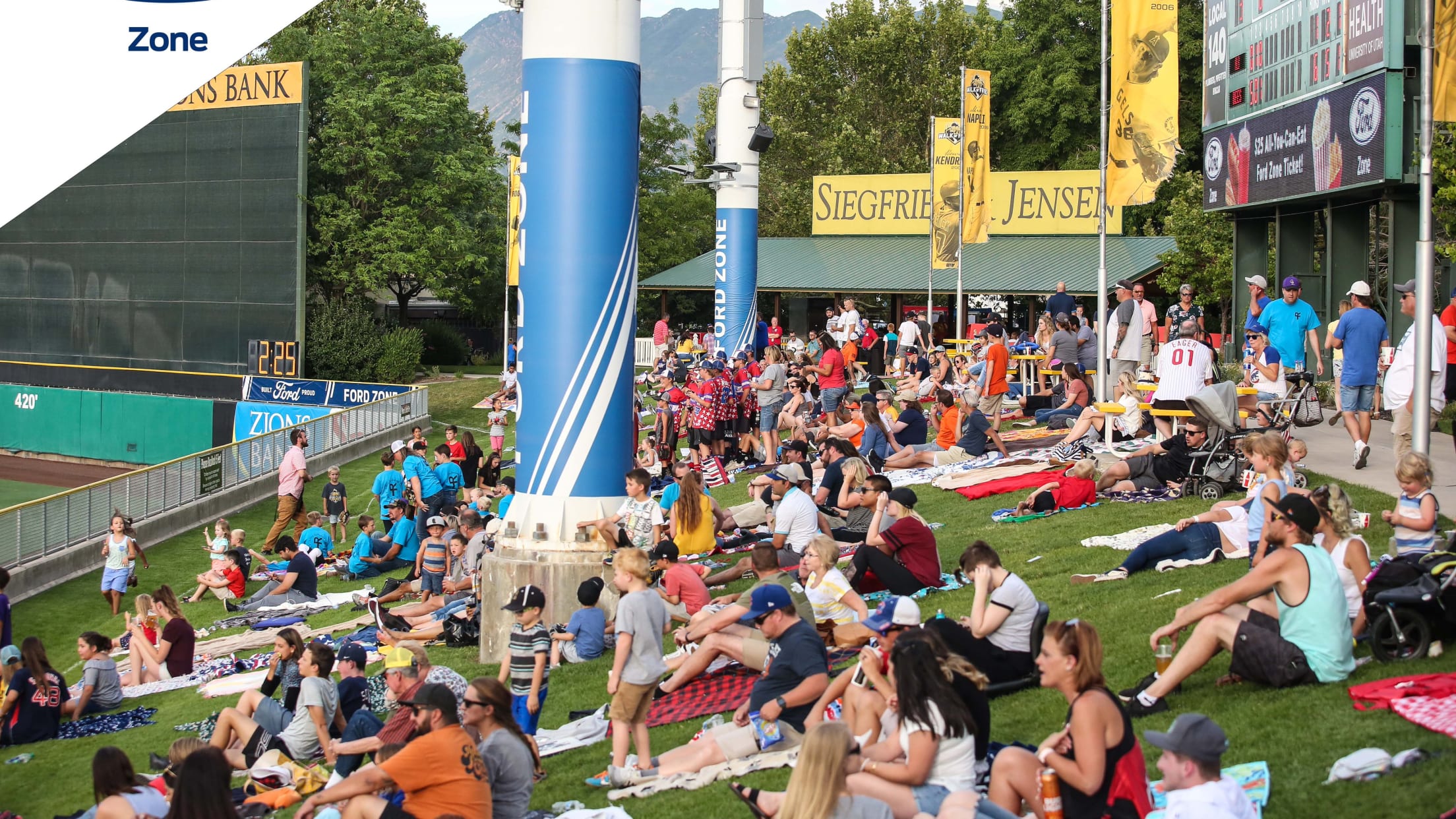 Smith's Ballpark is known for southeast alignment, which allows for stunning views of the Wasatch Mountains over the left- and center-field walls. The ballpark has an elevation of 4,230 feet and the Wasatch Mountain Range features peaks as high as 11,000 feet. The home-plate entrance is located at the corner of West Temple and 1300 South. The parking lot is located between West Temple and Richards St. with both a north lot and a VIP lot located closer to the home-plate entrance. 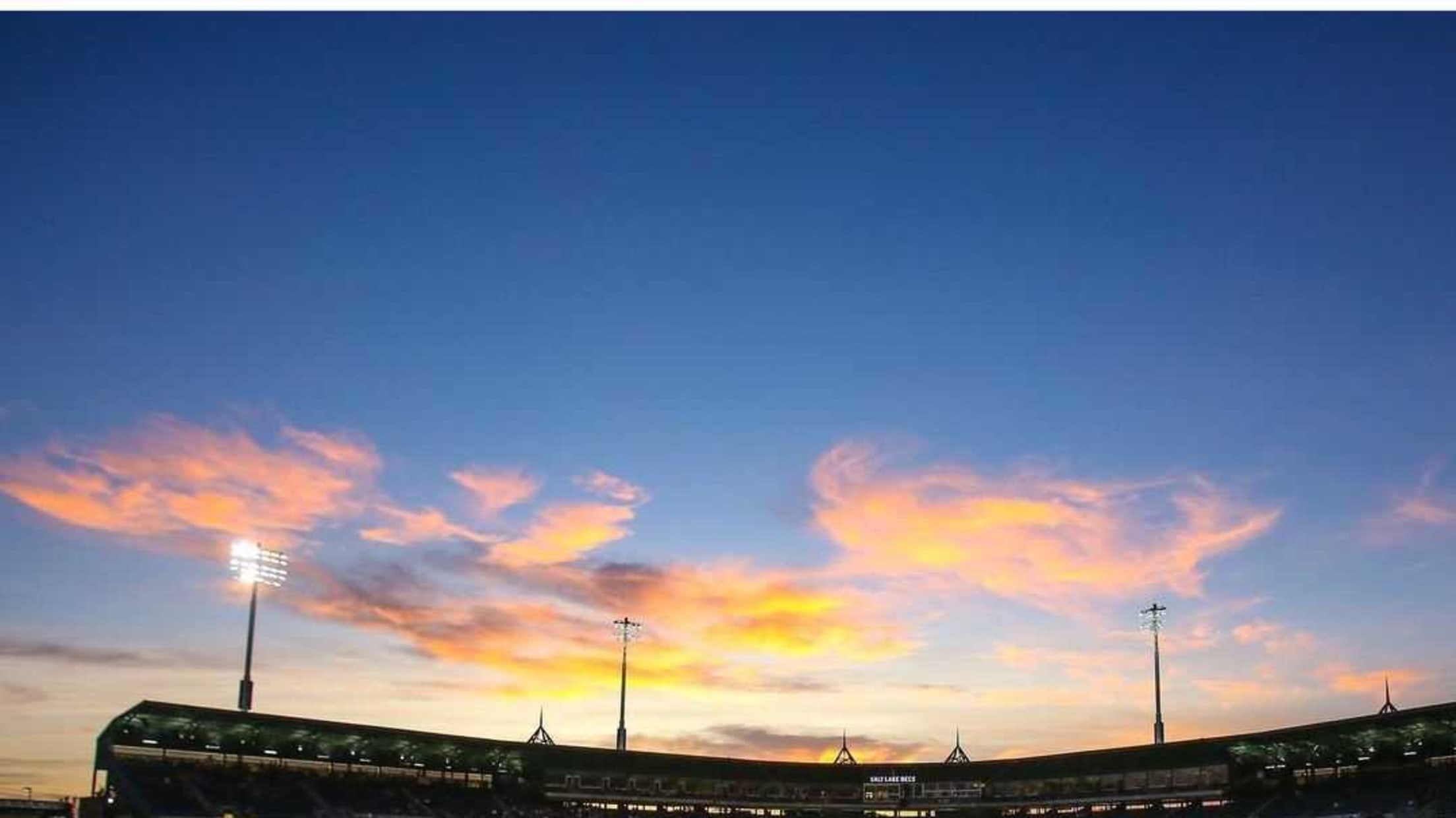 The ballpark has two levels, including a large second deck. A suite level, which includes the pressbox, is located atop the second deck. The ballpark also has 13 private picnic areas of various sizes, including Main Street Gardens, the Siegfried & Jensen Pavilion, the Diamond Patio, the First Base Vista Deck and the Third Base Party Patio. The picnic packages include a ticket to the game and complimentary food and soft drinks.

The bullpens are located down the foul lines, allowing fans close access to the pitchers warming up. There's also a fun zone for children located beyond the right-field fence that has a playground and a miniature baseball field. 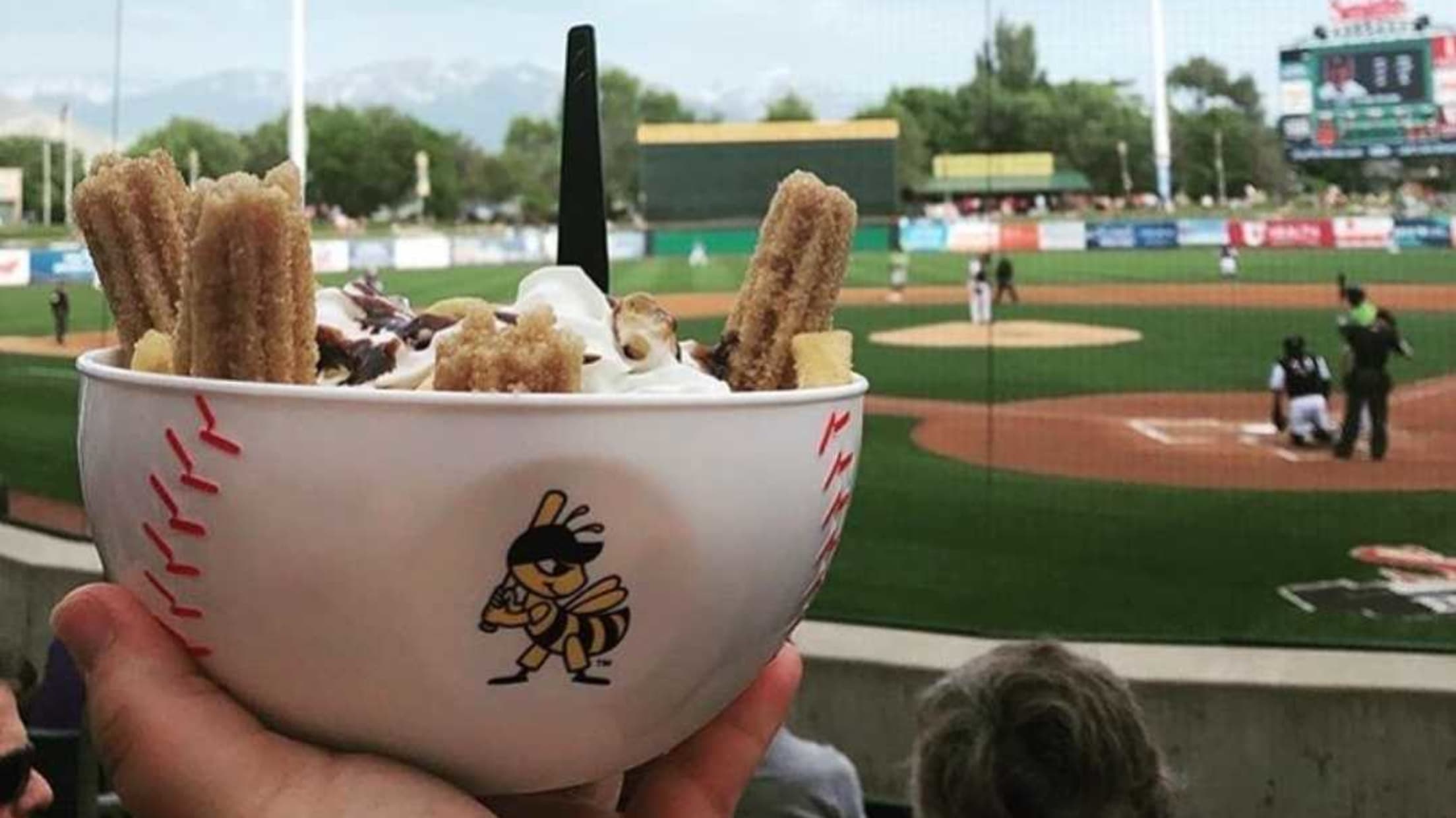 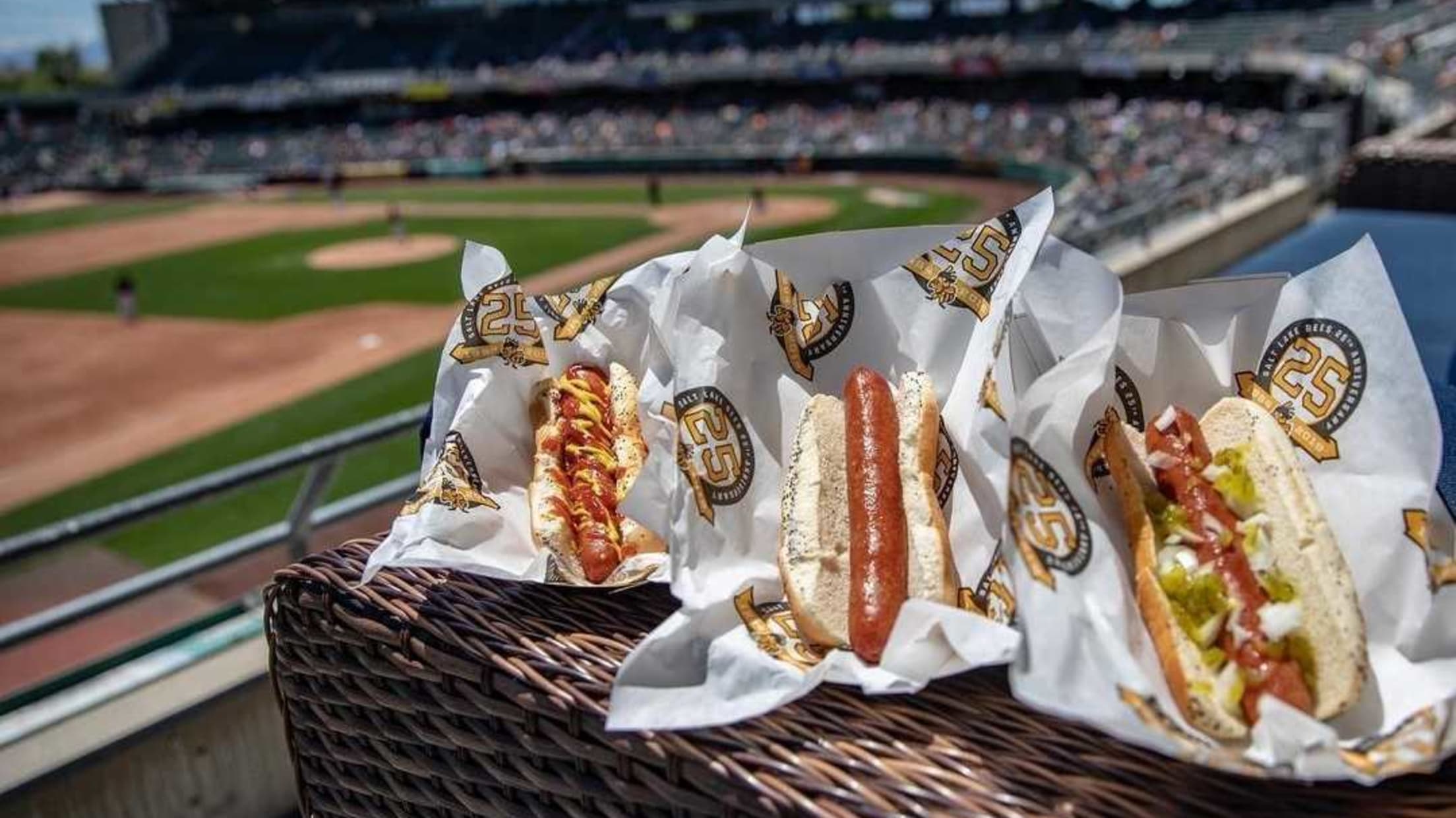 The ballpark also features a team store behind home plate on the third-base side. The ballpark is cashless, starting during the 2022 season. 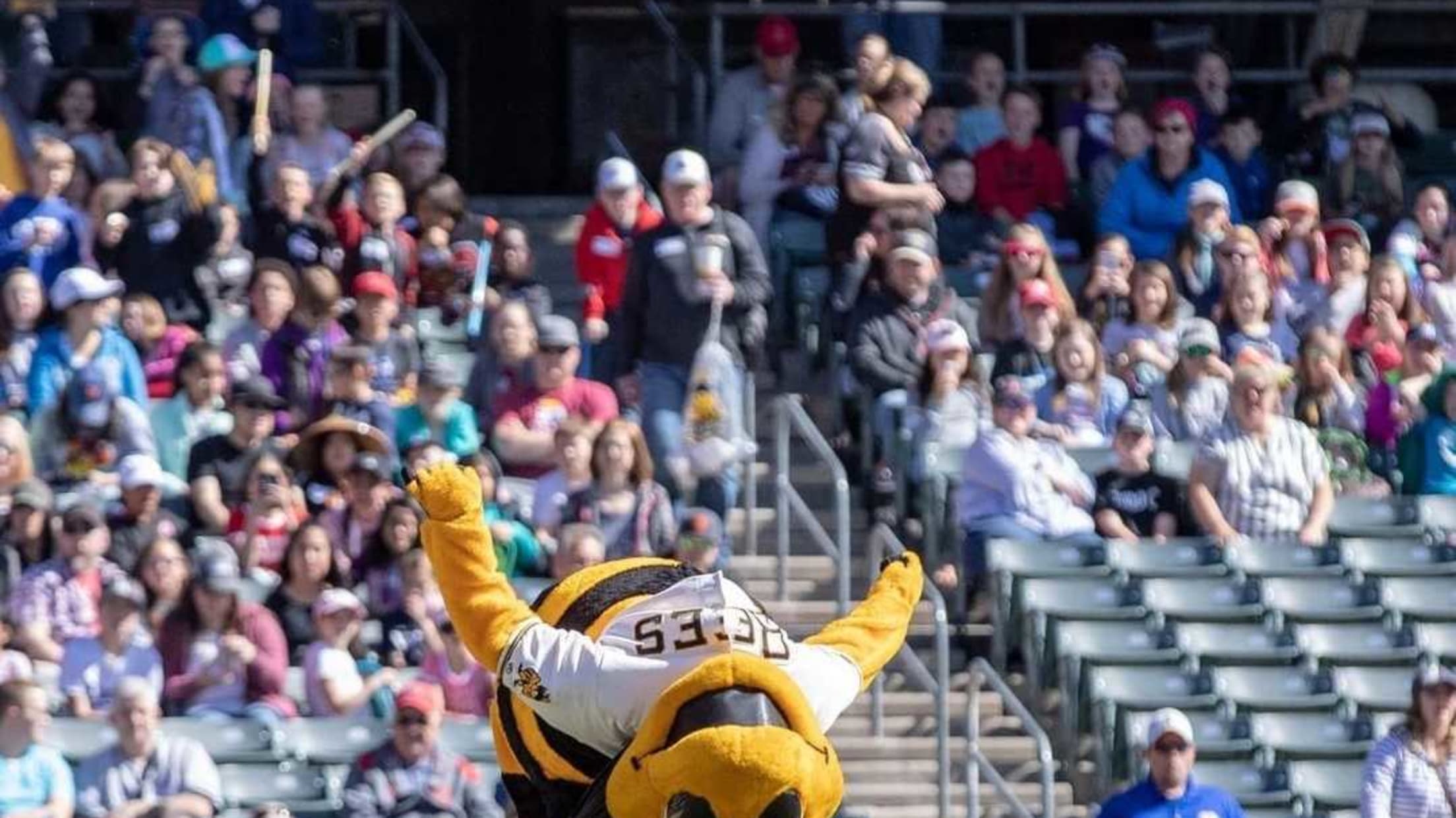 It's only fitting that the Salt Lake Bees' mascot is a bee named Bumble. Bumble, who wears a Bees jersey and a black hat, is a fan favorite and entertains the crowd every home game.

Salt Lake City is the capital of Utah and features a gorgeous capital building that’s a replica of the U.S. capital and sits on a hill that overlooks downtown Salt Lake City. Temple Square is located downtown and is the headquarters of the Church of Jesus Christ of Latter-day Saints. Salt Lake Temple, Salt Lake Assembly Hall and the Seagull Monument are located within Temple Square.

For nature lovers, Big Cottonwood Canyon is a must and features two ski resorts and plenty of hiking and biking trails. Red Butte Garden is also beautiful and is located in the foothills of the Wasatch Range. For museum lovers, there's the Natural History Museum of Utah and the Clark Planetarium. Utah's Hogle Zoo is also in Salt Lake City.

Red Iguana is known for its delicious Mexican food. Other well-regarded restaurants in the area include The Copper Onion, Lucky 13, Takashi and R&R BBQ. Those looking for breakfast can try Pig & a Jelly Jar, Sweet Lake Biscuits & Limeade or The Park Cafe.

The ballpark is located just south of downtown Salt Lake City, where there are a cluster of hotels that offer easy access to Smith’s Ballpark. The area around Salt Lake City International airport also offers many hotels and is only eight miles from the stadium.

The Salt Lake Bees aren't exactly close to any other Minor League clubs after the Orem Owlz and Odgen Raptors weren't included in Minor League Baseball's reorganization after the 2020 season. The nearest club is Triple-A Las Vegas, located 430 miles away, which is more than a six-hour drive.

Smith’s Ballpark is located 680 miles from Angel Stadium, with roughly 650 of those miles coming on I-15. The Angels have affiliates spread out across the country in Southern California (Single-A Inland Empire), Washington (High-A Tri-City) and Alabama (Double-A Rocket City). 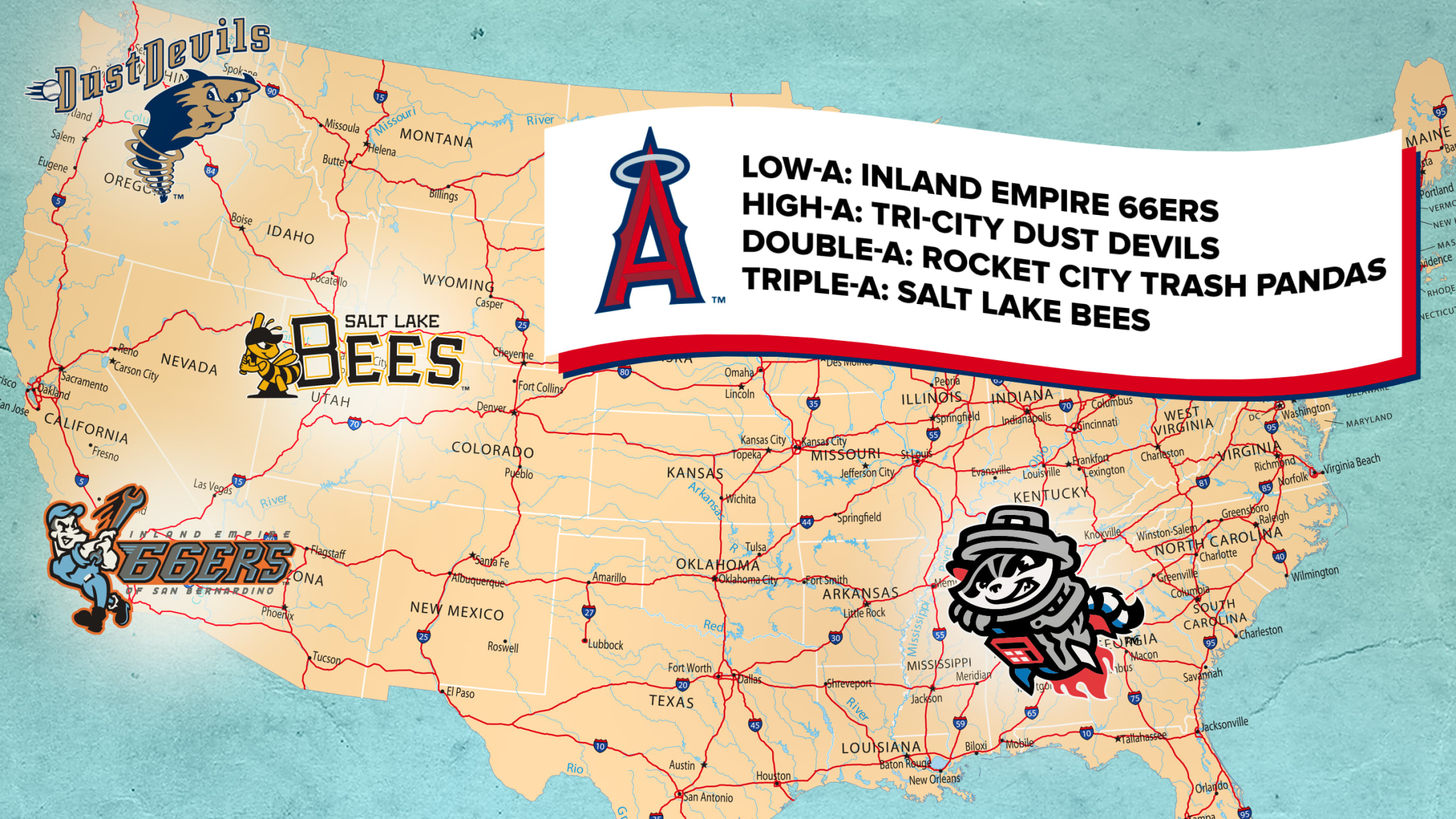