In honor of Mike Trout's birthday, here are 21 highlights from his 21st year

So, this Mike Trout guy: pretty good at baseball. To celebrate the Millville Meteor's 22nd birthday, we've compiled 21 of our favorite moments from his first year in the Majors.

1. Last fall, Trout came in second to Miguel Cabrera in American League MVP voting, and was named 2012's AL Rookie of the Year. Not too shabby at all. 2. In March 2013, his high school baseball team even named their field after him -- though he's still years away from his first class reunion. 3. The rookie's stellar performance on the field didn't stop the hazing in the dugout (if anything, it probably encouraged it). His teammates forced him to carry a Hello Kitty doll everywhere.

4. But, over the past year, he's fit in some quality bonding time with his fellow Angels. Modeling stylish surgical masks with Josh Hamilton:

6. And sharing a victory dance with Erick Aybar ... on multiple occasions: 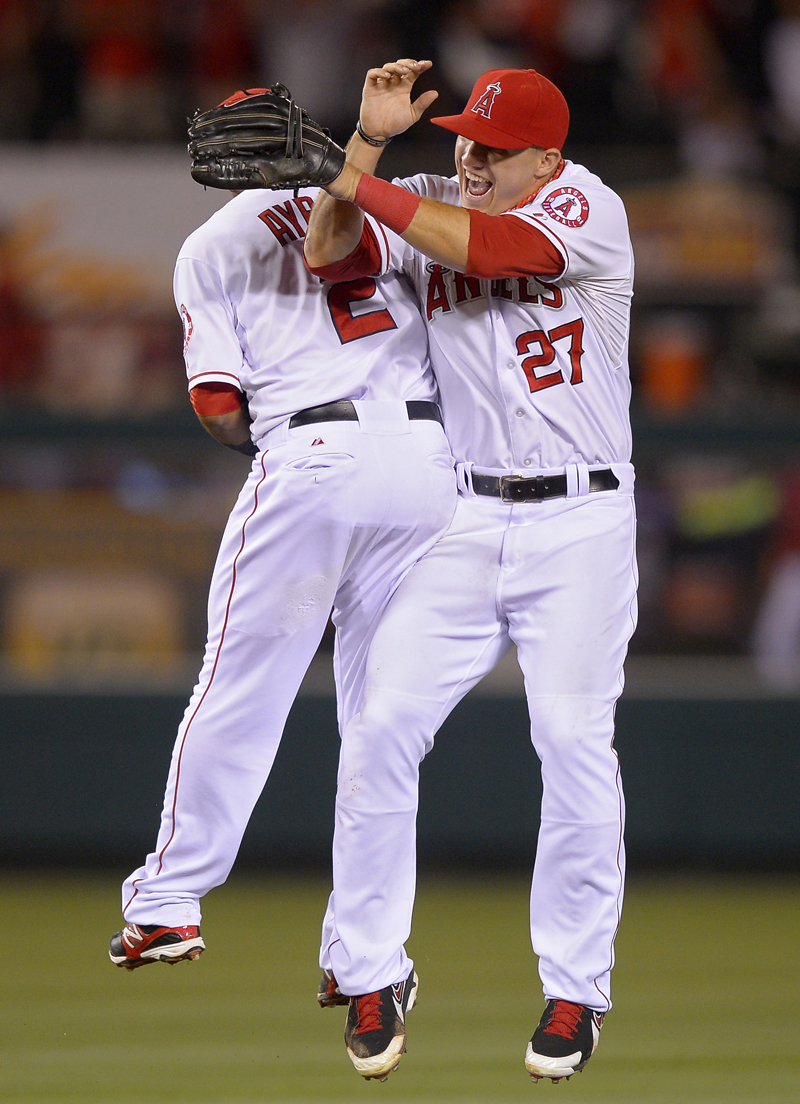 7. He's had plenty of reasons to celebrate. In 2011-2012, Trout led the American League in Wins Above Replacement (WAR), runs scored and stolen bases.

8. But Trout hasn't been content to rest on his laurels. He was more than ready to run wild in 2013's spring training. 9. Since turning 21, Mike's pulled off some amazing defensive plays. There was this catch: 12. And did you really think we'd forget about this? 13. We certainly can't overlook the outfielder's power at the plate. Take this homer, snagged by a lucky Trout fan:

14. He hit his first career grand slam in April:

15. Then, in May, became the youngest AL player ever (and only the sixth Angel) to hit for the cycle:

One proud Mama!!! Standing ovation at the Big A !!! TROUTSTANDING !!!

Your gonna be in jersey ???@justinbieber

18. A Trout hat, a Trout Farm and a Trout Clan were all created in his honor at Angel Stadium. and the Trout Farm is in full effect! Come and check it out! #Angels @Trouty20 pic.twitter.com/zKeE3pRKFe

19. In July, Trout went swimming in mid-air at his second All-Star Game in two years:

20. In June, he competed for a fly ball with a fan dressed in his own jersey:

21. And, the week before that, somehow managed to high-five his own shadow: