McCutchen's biggest fans are back to watch team in LA

Back in June, two adorable young Pirates fans and their parents inspired All-Star center fielder Andrew McCutchen to part with his batting gloves while the team was in San Diego. It was the kind of heartwarming moment that will surely inspire modern Norman Rockwell artwork.

With the Buccos back on the West Coast to play the Dodgers, the McCreary family was back.

When McCutchen came out to take his position in the next inning, the group went right back to cheering. Cutch made sure to show his appreciation:

Later in the game, ROOT Sports caught up with the family, learning that they became Pirates fans after Roger fell in love with Roberto Clemente in the 1960s. Meanwhile, his sons, Christopher and Elijah, keep the batting gloves in a glass frame on their dresser, with Elijah looking at them every night so he can "remember" McCutchen and "have dreams of him."

Oh, those must be the sweetest dreams of all. Here is an artist's rendering of the dream I tend to have to about McCutchen. I wonder if we've ever had the same one: 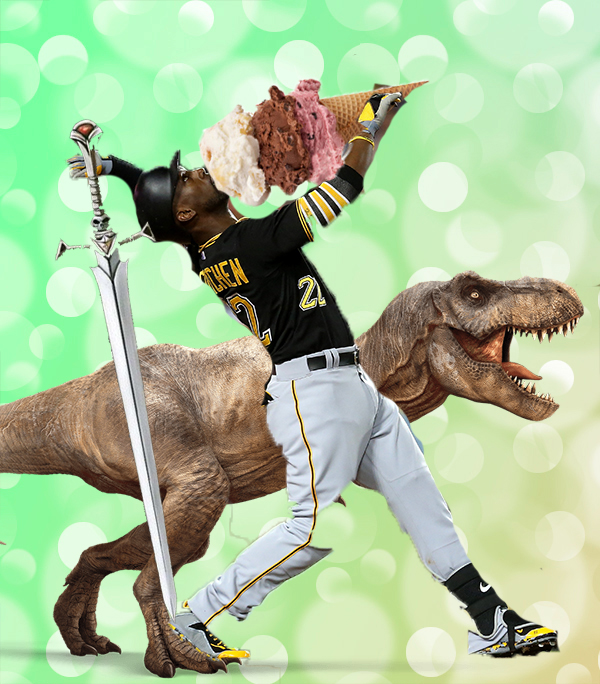