Come join Kershaw, Puig and the rest of the Dodgers in their NL West clinching party

Helped in large part by Clayton Kershaw and Yasiel Puig, the Dodgers beat the Giants 9-1 on Wednesday -- clinching an NL West title for the second consecutive year. But do you know what's more fun than watching a team clinch a division title? Watching them celebrate clinching a division title. Let's join the party:

The final out was recorded with some Hollywood flash (and Vin Scully on the call).

And it didn't take long for the Dodgers to thank the men, women and twin babies that supported them all season long.

Puig even did his high-fiving in slow motion.

Particularly if you were the winning pitcher.

Eventually, the festivities moved into the clubhouse, where Kershaw got hit again.

Everybody gang up on Kershaw! https://t.co/XIwPlIyoAh 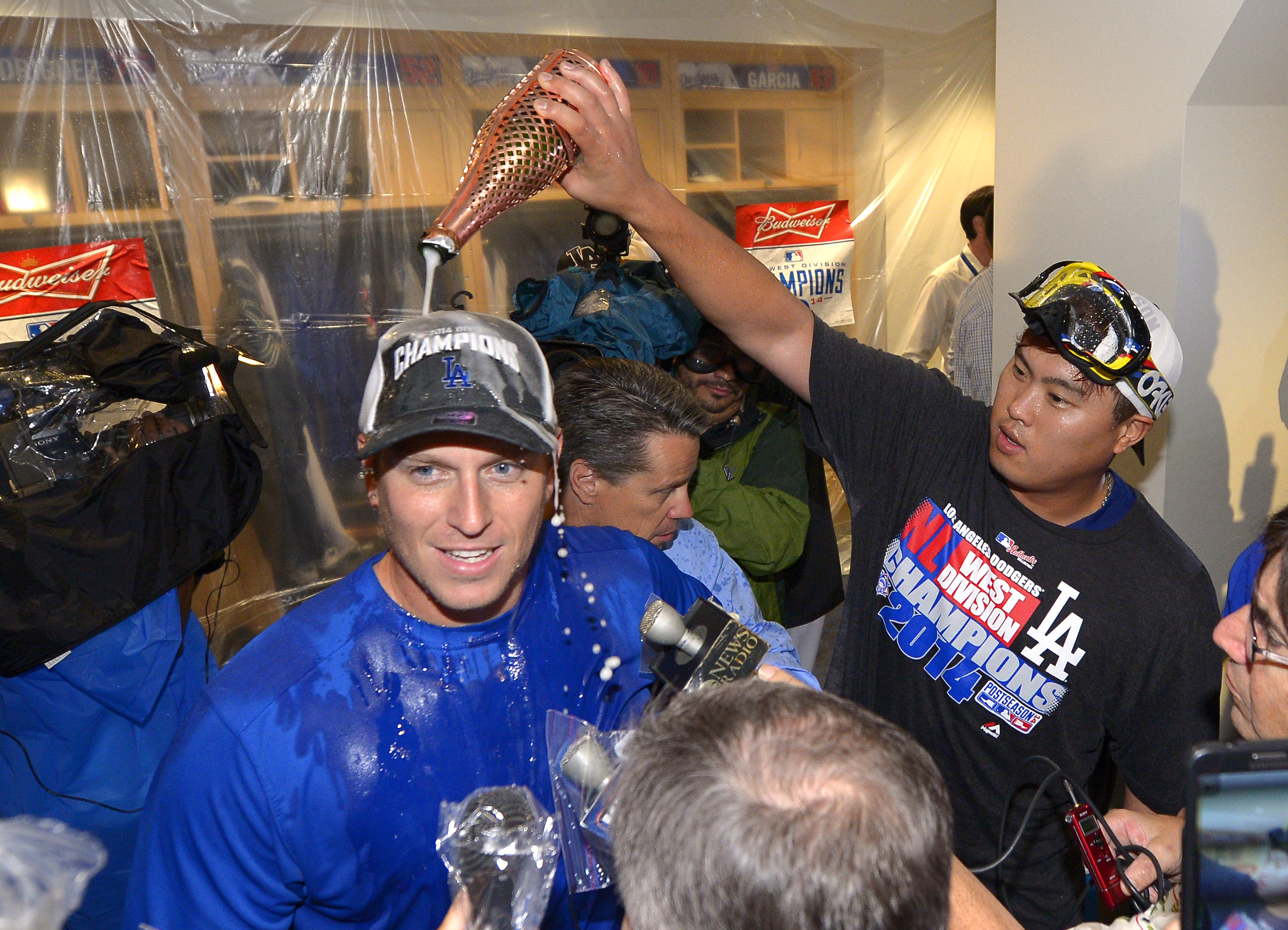 L.A. fans are hoping this is just the first of many celebrations to come in the next two months ...