Get your goggles on: We're heading into the Giants' champagne celebration

The Giants advanced to their third NLCS in five years by beating the Nationals 3-2 in Tuesday's NLDS Game 4. You may think, Oh, they've been there before, it's not a big de -- UM, NO. It's always a big deal. And they celebrated as such. Let's join in on the fun.

After the final out, players thanked the people that supported them all season long.

But made sure to put it away before the beer shower.

Wall-climbing, double-denying Hunter Pence also got his due: While Buster Posey waded his way through a champagne mist. And Madison Bumganer, well, HE LIVES FOR THIS. 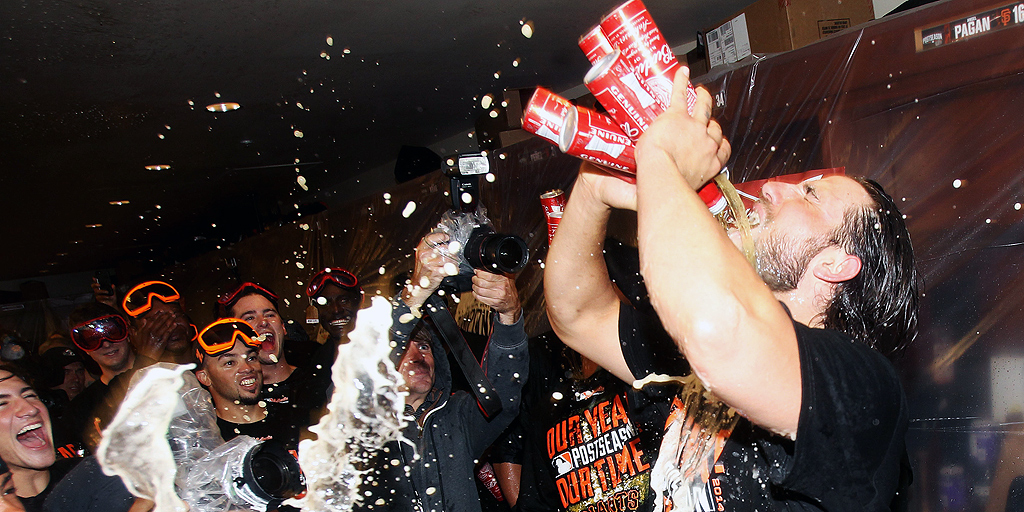 The Giants will head to St. Louis on Saturday to face the Cardinals in Game 1 of the NLCS.