5 ways Royals fans can prepare for the World Series

5 ways Royals fans can prepare for the World Series

The Royals finished off the Blue Jays in Game 6 of the ALCS on Friday, advancing to their second World Series in as many years. Judging from Kansas City's history of terrific fan pride, we doubt Royals supporters need many tips on how to prepare for the Fall Classic this week. But as my middle school social studies teacher drilled into me on a daily basis, you can never be too prepared. Here are some helpful hints to keep in mind:

Shave a word into your head 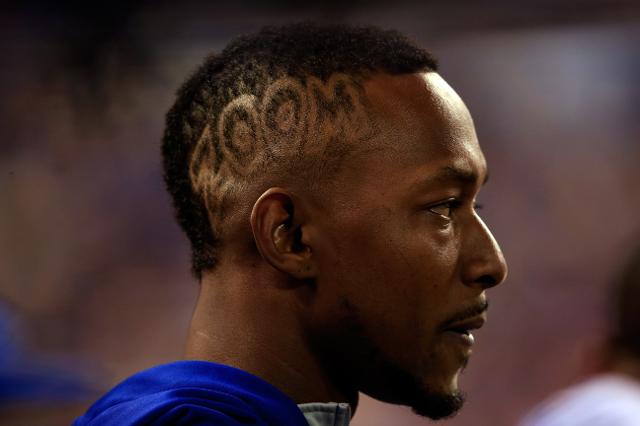 Jarrod Dyson famously has the word "Zoom" etched into his hair during the postseason, and any good KC fan should join him. The word doesn't have to be the same. It could be "Royal" or "Barbecue" or "Hi Mom," but you should have something. That or just the face of one of your favorite players.

Drown out the competition with songs from 1985

The Royals won their one and only Fall Classic in '85, so what better way to bring back that World Series-winning magic than in the form of song? Break out into some Wham! during Matt Harvey's windup, blast the "Power of Love" during warmups to induce an anti-Mets Back to the Future curse or just give everybody a saxophone to play along to the year's No. 1 song "Careless Whisper." Better yet, hire this guy to roam around the field:

We noted previously that the town of Liberty, Mo., had switched the name of a street from "Blue Jay Dr." to "Royals Dr." during the ALCS. Now, it's time to take things a step further. Missouri needs to change EVERY street sign to Royals Dr. Not only will this completely confuse the Mets' team bus driver, but upon seeing Royals Dr. everywhere, New York players might become totally psyched out -- believing themselves to be in some nightmare-fueled dream world with no escape. Which way is left? What way is up? Where am I? Who am I?

Antler up behind home plate You know that song "Ante Up?" Well, this is Antler Up and it has nothing to do with it. Patrons sitting in the first section behind home plate should bring Mike Moustakas antlers into Kauffman Stadium (like the gentleman above) and wear them while the opposing pitcher is on the mound. They should feel free to make moose sounds if they'd like. Fan distractions directly behind home plate not only work, but, if done right, they generally look outstanding. You remember Cueto Baby, Royals fans. Make sure he's there at every game of the World Series. Front and center. Give him some antlers if he's in the front row behind home plate. Just make sure his presence is felt by everybody at the stadium and by millions of fans watching around the globe. Cueto baby is the best baby. Cueto baby is the only baby.