HOF teammate: Billy Wagner missed playing with all four electees by a matter of days

Billy Wagner in center of Hall of Fame universe

On Tuesday, Randy Johnson, Pedro Martinez, Craig Biggio and John Smoltz were voted into the Hall of Fame. The four soon-to-be Cooperstown residents have a few things in common: They all were perennial All-Stars, they all played in a World Series (three took home a ring) and all of them, well, NEARLY all of them, played with Billy "The Kid" Wagner.

Craig Biggio: Wagner's first brush with Hall of Fame greatness came in 1995 when he became teammates with Biggio on the Astros. You can see the closer smiling at Biggio here in a photo from 1999. You know, behind Derek Bell's mustache. 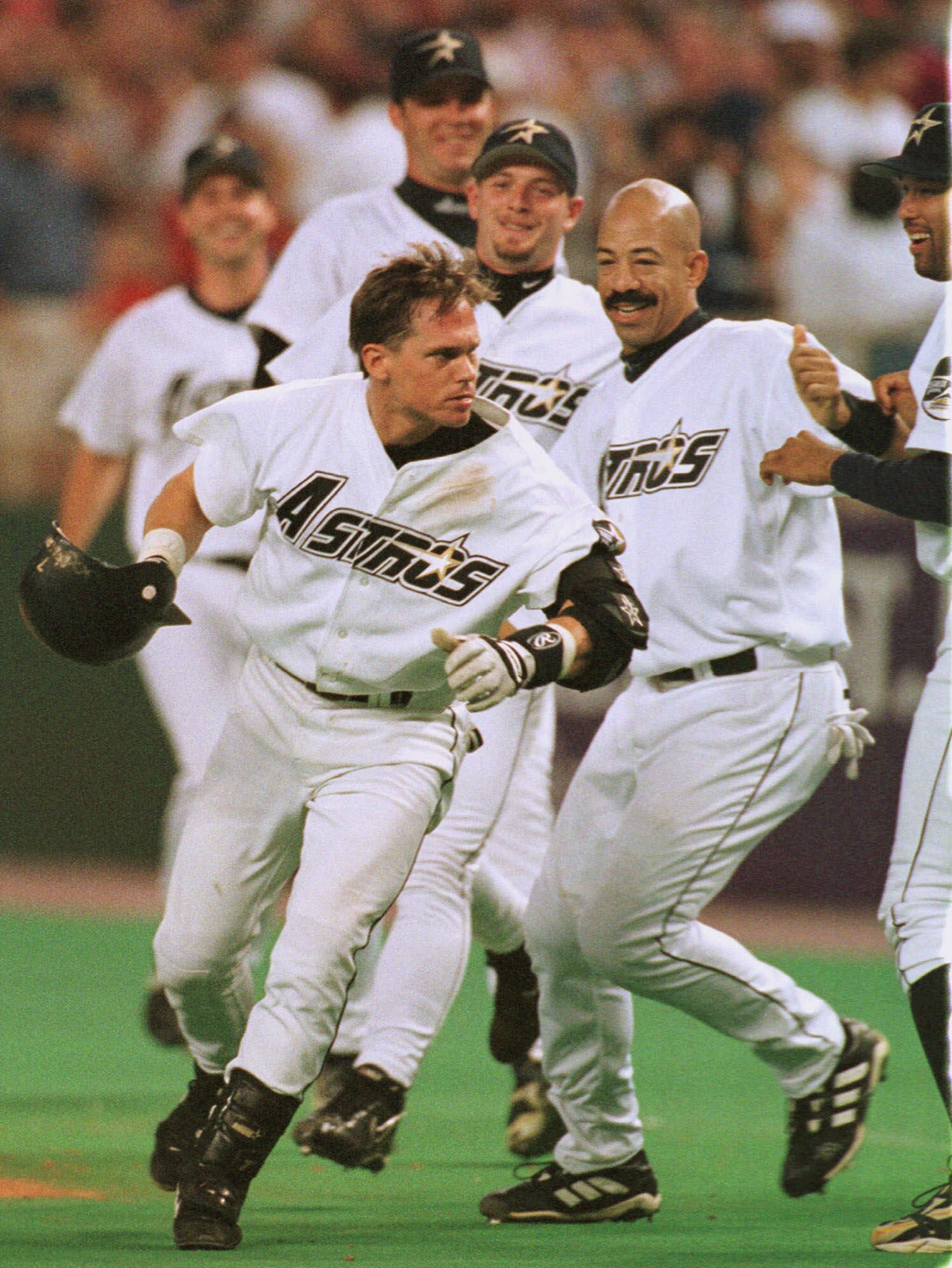 Randy Johnson: The Big Unit joined the 'Stros for half of a season in 1998. Yes. Two 100-mph-throwing lefties were on the same team at the same time. Although there are no pictures of the two together, there is this quote from Johnson about his flamethrowing counterpart:

"The first time I met him I thought, 'He's a foot shorter than me, and throws harder than I do.'"

Pedro Martinez: From 2006-'08, Wagner and Martinez were teammates on the Mets. The reliever closed out Pedro's 200th career win over the Braves in April 2006.

John Smoltz: Finally, in 2009, Wagner was ALMOST teammates with Smoltz on the Red Sox. Smoltz was cut by Boston in early August and Wagner was added later in the month. They were never teammates, but, c'mon, they probably touched the same rosin bag or something. That's pretty close.

And that is why, Billy Wagner, who's up for election in 2016, is a Hall of Famer whisperer.