When you think of baseball, the first things you probably think of are hot dogs, cold beers and dingers. Gnomes are probably the 145th, after stadium parking, but before baseball-themed keychains.

Not so for artist Stephen R. Feilbach. Known for his enormous traveling gnome creations, "Gnome Nation" has come to the Kauffman Stadium parking lot to celebrate the World Series. "The gnome is me going back to my early days in 1985. I lived up here and still have some memorabilia from back then, so turned it into something everyone can appreciate....I just thought it would be fitting to turn it into the World Series victory gnome."

Made of Styrofoam with a two-part epoxy on top, the gnome took "quite a few weeks to make" with inspiration coming from the mystical creature. Seriously.

"[The gnome] told me it wanted to be transformed, and so I did," Feilbach said, adding that the instruction came "In a dream, a vision."

Feilbach isn't the only one to say the gnome is talking to him, though:

The Gnome says the Royals are gonna win tonight ... And the Gnome knows ... pic.twitter.com/m0LSrs7WR6 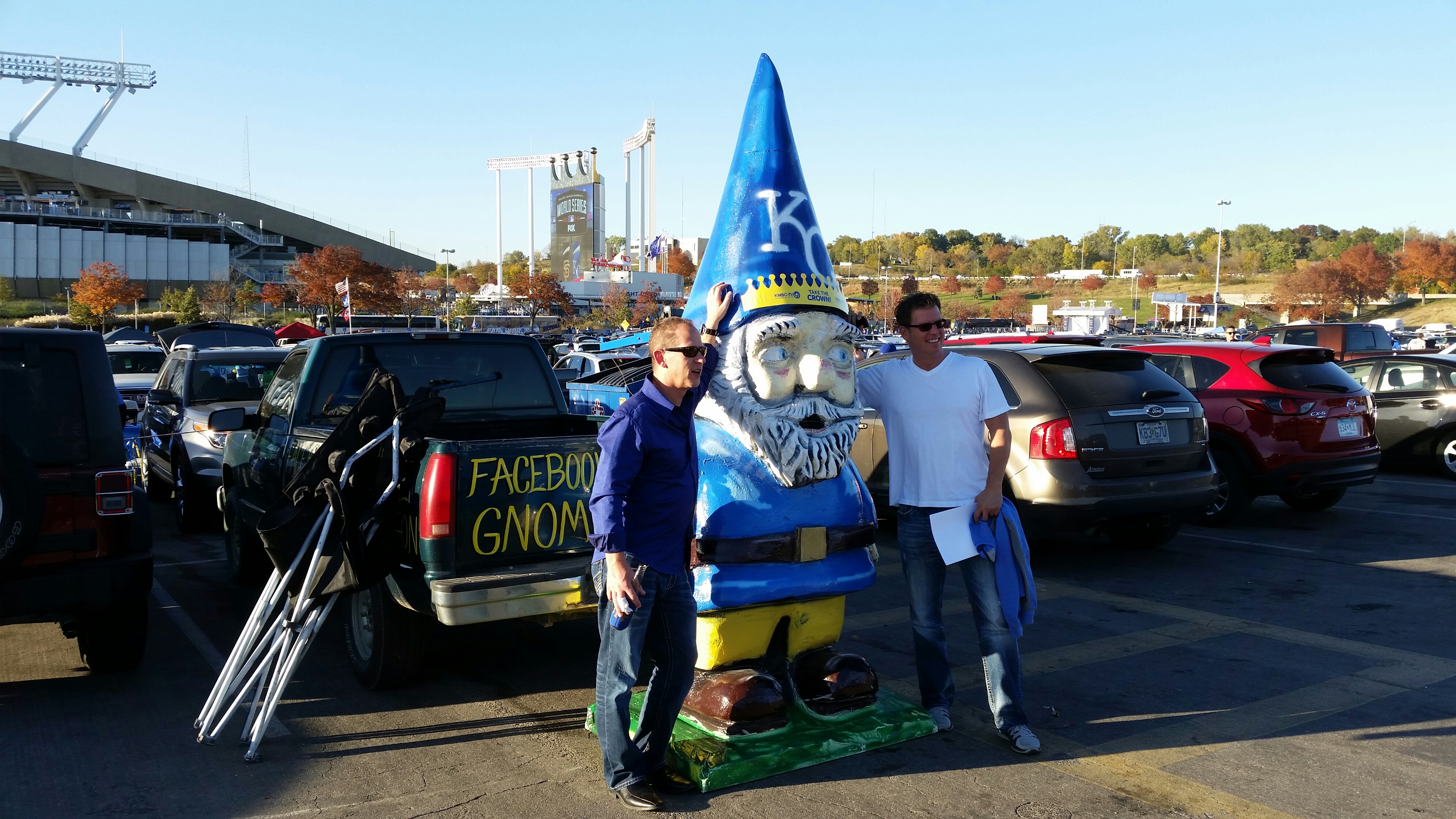