We've all had the debate: If you could put together a slow-pitch softball team made up entirely of Major Leaguers, who would you choose? Would you opt for burly sluggers who look the part of a rec-league softballer? Or would you be more interested in slick-fielding defense-first players?

Even The Simpsons riffed on this eternal question in their famous MLB-themed episode, "Homer at the Bat." 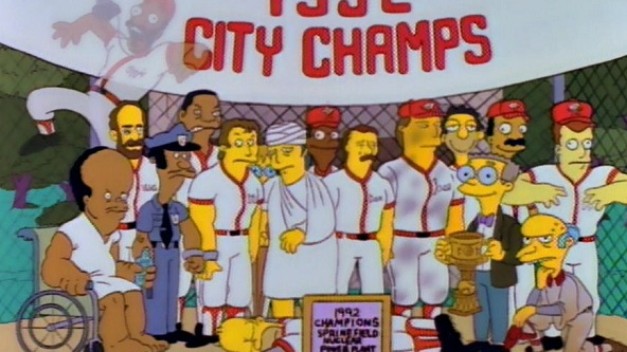 On Friday, the MLB Tonight crew, Greg Amsinger, Dan Plesac and Ron Darling, decided to try their hand at the eternally fascinating question. They seemed to value a combination of power, style and toughness -- all of which are important softball skills -- and it's tough to argue with the results:

Not a bad lineup at all, and the team's reasoning, which you can see in the video up top, is top notch. Plus, how could you have a softball team without two-time Home Run Derby champion Yoenis Cespedes and former janitor Evan Gattis?

What do you think? Which current Major Leaguers would you want on your slow-pitch softball team?