The Miracle on Ice, Super Bowl XLII, Buster Douglas defeating Mike Tyson: all are historic, legendary sporting upsets. On Wednesday, another epic underdog story joined that pantheon of classic moments and will surely be etched into the memories of sports fans for decades to come. 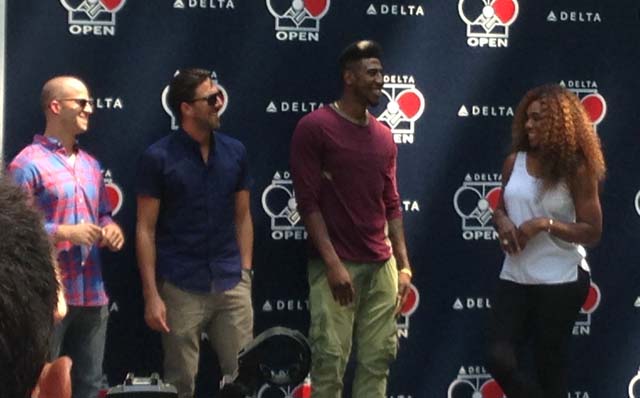 Williams is an overpowering force in tennis, famous for her intimidating straight-set victories. The skills that make her so dominant on the court aided her well in the miniature version of her sport, helping her to coast to a quick 11-3 win over Gardner in the first match.

After the game concluded, she quipped, "I keep score, so I just tell you the score after I win."

Mrs. Met would be in for a battle. 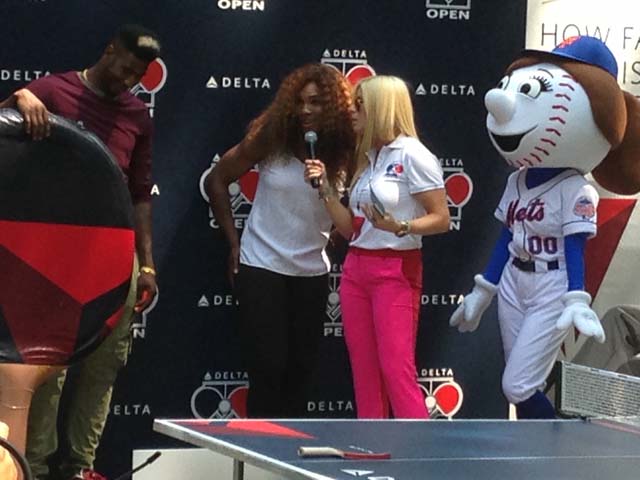 Williams faced off against Mrs. Met in the next round, and the lovable mascot appeared to have no realistic chance of beating the incumbent US Open champ -- her four fingers likely wouldn't give her as strong a grip on the paddle, thus allowing Williams to dominate the pace of play and spin of the ball.

But, as so often happens in sports, the unexpected happened and those pre-match concerns were dismissed emphatically.

Mrs. Met held close with Williams at the start of the match, with the first few points being split evenly. As the game wore on, Mrs. Met pulled away from the surprised Williams. The final score: Mrs. Met 11, Serena Williams 5.

Mrs. Met had done the impossible.

Williams went on to win the round-robin tournament after a decisive win over Lundqvist and a chippy, albeit victorious, matchup against Shumpert.

Those fateful volleys against the Queens native, however, will surely be the enduring moment from the competition -- Mrs. Met was the only participant able to get the better of the notoriously determined tennis champ.

Mrs. Met's victory against Serena Williams was unexpected, brilliant and electric -- in a word, it was Amazin'.