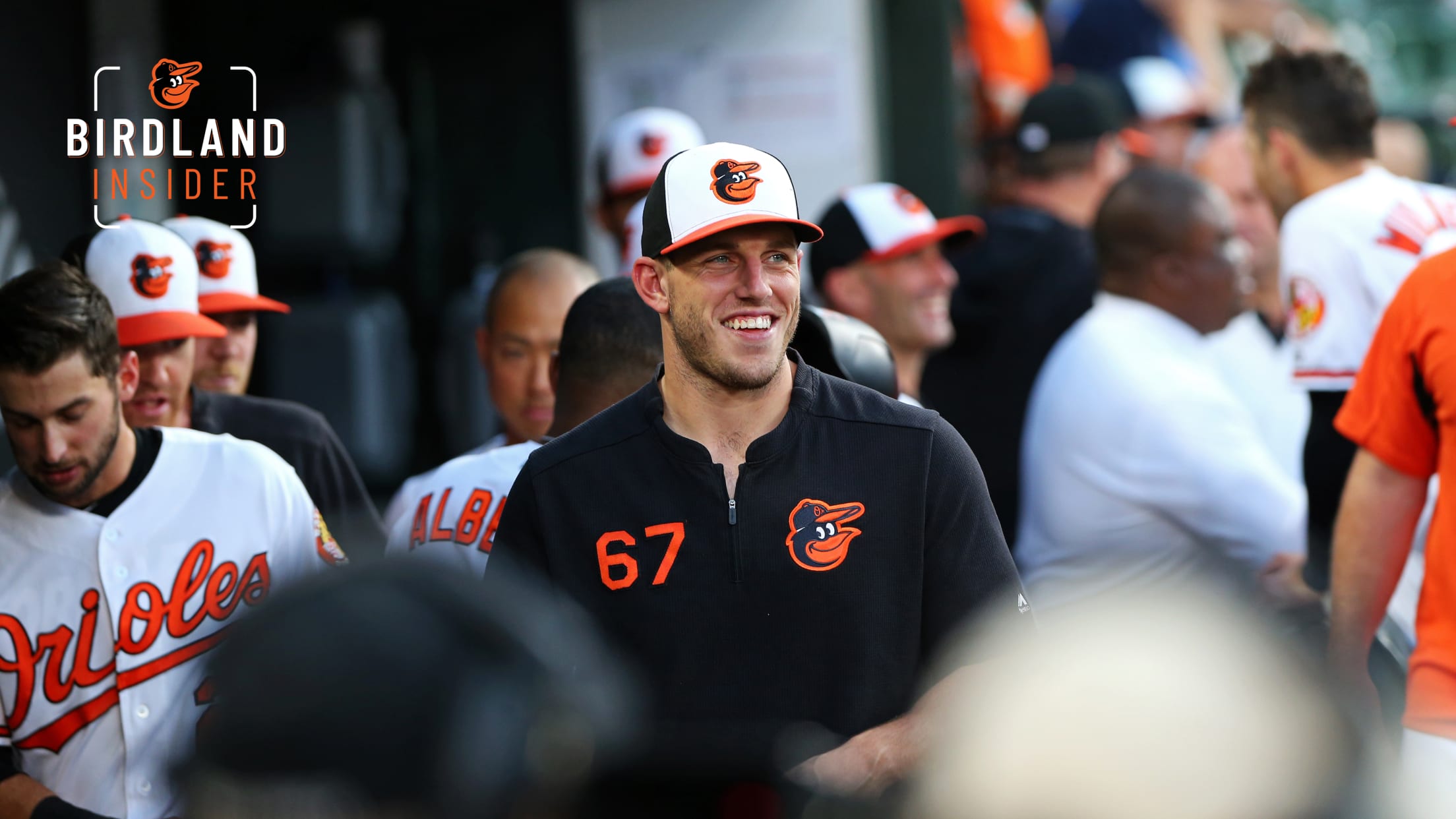 One would think that precisely throwing fastballs 60 feet, six inches is anything but simple. How are you supposed to get a round, white, five ounce ball into the perfect spot in the box, to freeze a batter who hits home runs for a living?

Standing at 6-3, 230 pounds, Means knows that keeping it simple is the best way to retire his opponent. With this method, and a dash of competitiveness, the 26-year-old southpaw has emerged onto the Baltimore – and national – baseball stage with a ferocious dedication to the sport, and an unparalleled natural talent that made him arguably the Orioles most consistent performer on the mound in 2019. 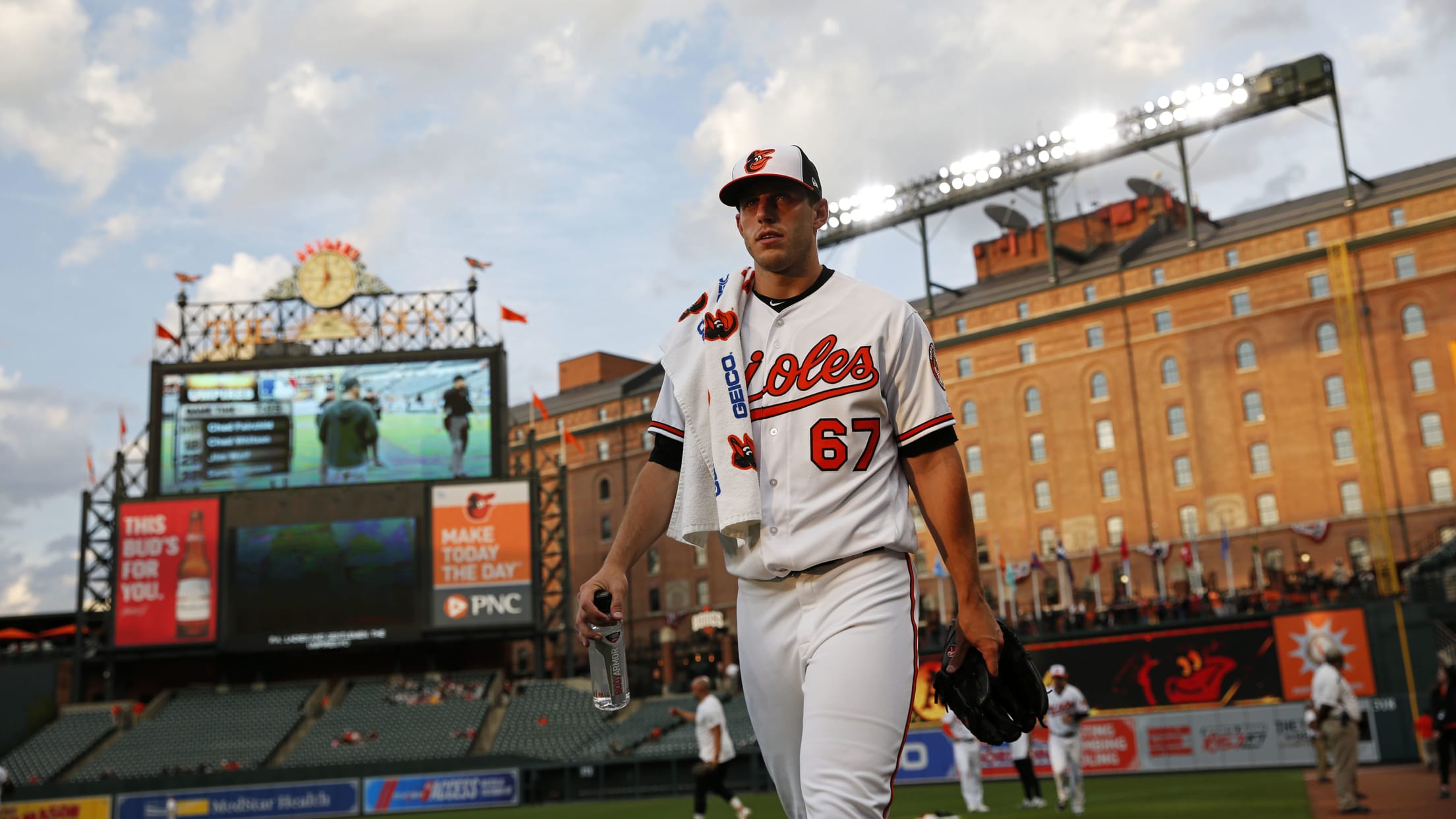 Through the first half of the season, Means went 7-4 with a 2.50 ERA (23 ER/82.2 IP), 22 walks, and 69 strikeouts. At the All-Star Break, he led Orioles pitchers – a handful of them Major League veterans – in ERA and WHIP (1.08), and ranked second in strikeouts. Among all pitchers who had thrown at least 80.0 innings, Means' ERA ranked second among American League hurlers, and sixth in all of Major League Baseball. Those numbers awarded him with his first career All-Star Game selection, the Orioles lone representative for the 2019 Midsummer Classic.

One of the biggest factors in his ascension to dominance is his commitment to doing less, in order to do more.

"When things are bad or not going well, it's hard to do more. It's hard to work out harder. It's harder to look at video and pinpoint what the problem is," Means said. "I've learned from a lot of veterans that I've been around now that doing less is actually more, and that's as big as it gets in this game."

He's had a bat or ball in his hand since he was in diapers. His grandfather, who was devoted to small-town backyard baseball, bought him his first bat before he was even born, and his father and brother were always coaching or playing with him.

"I started playing as soon as I possibly could. I was hitting off the tee at two years old," shared Means. "My mom would be cooking in the kitchen, and I would be hitting into the kitchen, hitting her on the back of her head."

Although he may focus on the simplicities in life, Means' journey to the big leagues has been anything but simple.

Originally drafted by the Orioles in the 11th round of the 2014 First-Year Player Draft, Means spent the majority of five years fighting to climb the ranks of the minor league system. From the Gulf Coast League and up to the Mid-Atlantic, Means has worn the uniform of every team in Baltimore's farm system, each preparing him for his success as an Oriole. Through each stop on the journey, it sometimes felt that being a Major Leaguer was just a distant dream.

"I spent basically a whole year at every level – it was a grind. Especially in Double-A, I felt that's where the biggest change was. I couldn't quite figure out the league," Means said. "I struggled for so long and I think that has kind of helped me up here because I have felt the struggle and I know how to get out of it."

Leaving struggles at the field can often be challenging, as so much of a baseball player's life is consumed by the sport they know and love. Luckily for Means, his wife, Caroline, a former professional soccer player, is quite familiar with the daily grind of being an athlete. 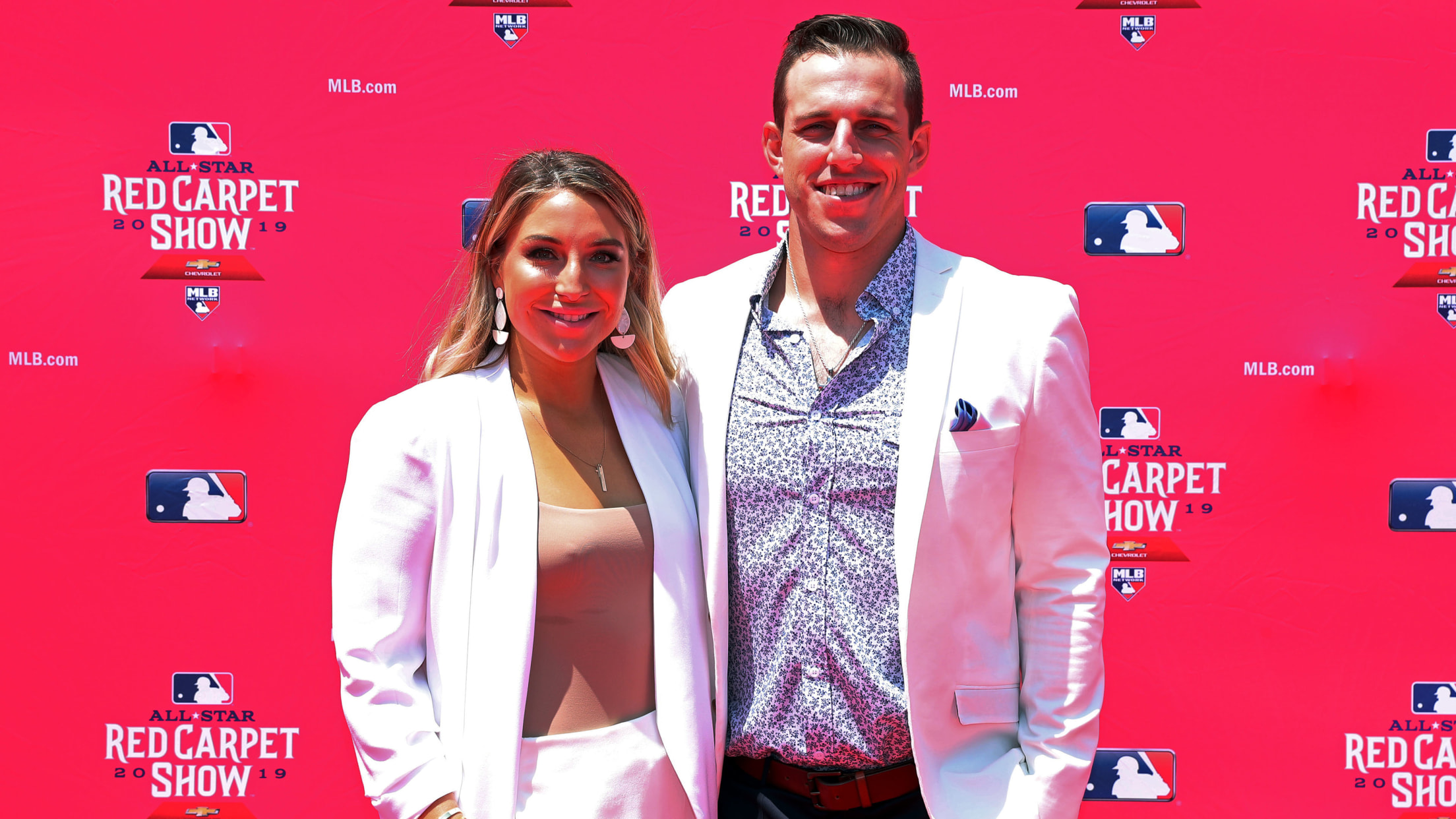 As last season came to a close, Means didn't anticipate a September call-up, and was focused on the offseason and what he could do to improve in order to take things to the next level. So, it came as a bit of a surprise when Means got the call he had been dreaming about since he was hitting off the tee into the kitchen as a toddler.

Means joined the big league roster and made his Major League debut on September 26, 2018, in game one of a doubleheader against the soon-to-be World Champion Boston Red Sox.

"To go home for two weeks thinking the season was over, getting that call, and getting off my couch to come pitch against the Red Sox was cool. It didn't feel real. My family flew out and they were able to see it all. It was kind of a blur," Means described. "I think the only reason I got called up was because [Alex] Cobb got a blister. I think that blister saved my career."

After that call up and Major League appearance, Means knew he had to strengthen his offseason work in order to get a bigger taste of the majors.

During the offseason, Means took matters into his own hands, enrolling at Premier Pitching and Performance (P3), a pitching facility in St. Louis, three and a half hours from his home in Olathe, Kan. Even after managing a long-distance relationship with hectic schedules for most months of the year, Means decided to live and work in St. Louis from Monday through Friday to focus on fine-tuning his pitching, with hopes it would take him to the next level.

"I went in and I said: 'I know how to pitch, I strictly want to work on getting my fastball harder, getting as much out of my body as I possibly can.' That was the main goal," said Means. "I really wasn't sure about it at first, but after going to Spring Training, I was up like three or four miles an hour on my fastball and that's really what I was looking for – to make a statement."

Even on days when snow enveloped the region and Means wasn't able to make the trip to St. Louis, he found ways to bring the facility to his home. 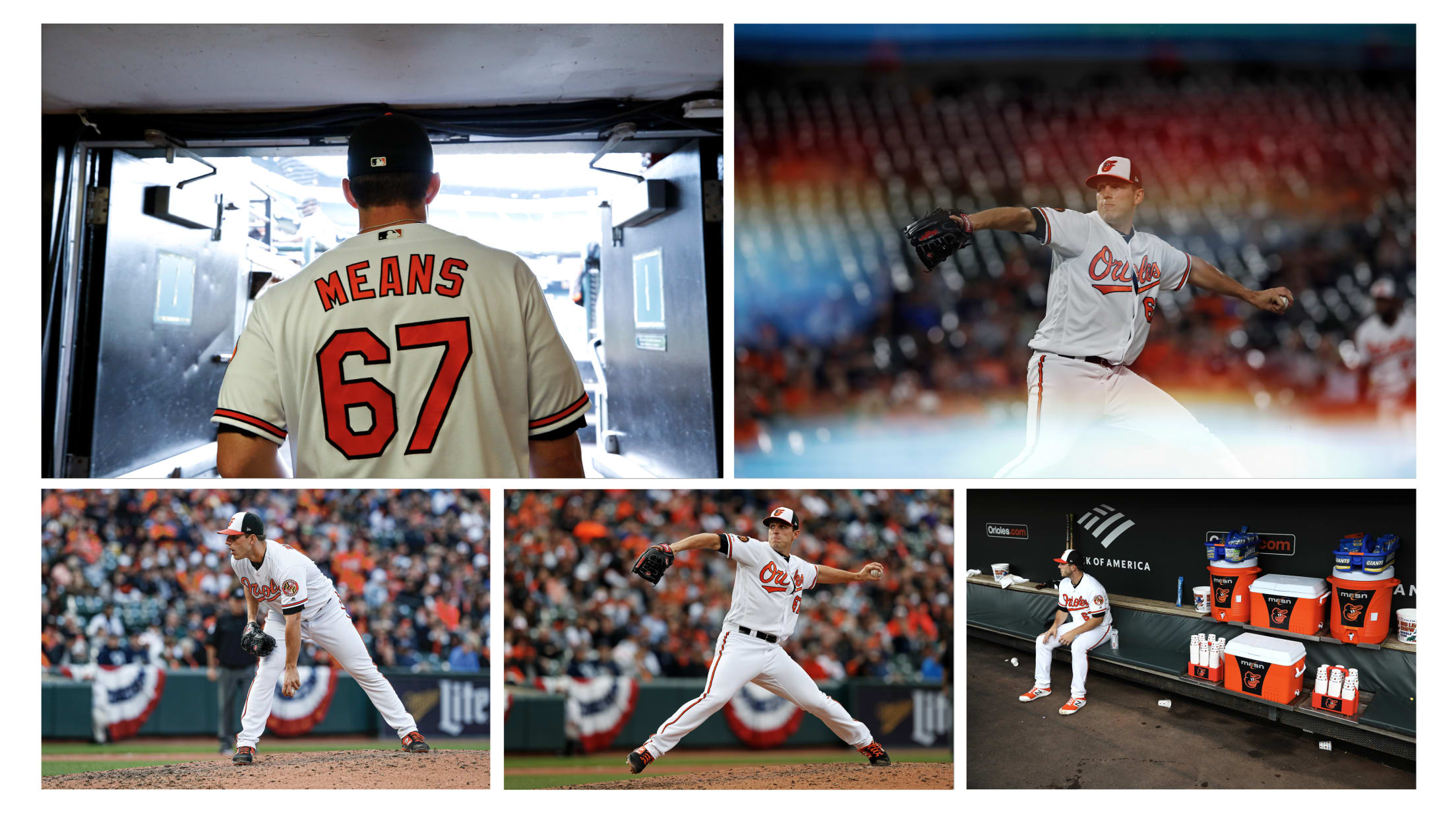 "He really is a simple guy – even when we got snowed in and he couldn't go to St. Louis that week, he's working out in the basement, the mattress is up on the wall, he's doing all of his stuff on the mattress," shared Caroline. "I just think that's so funny because people see [players] out there, whether it's the Orioles or anyone else, and they see these guys and think they're like Gods like they're not human."

All that work paid off tenfold for Means. Cut after cut during Spring Training, he was still there holding strong. He made his first Opening Day roster, and made his season debut in a 3.1-inning relief appearance on March 31 at Yankee Stadium. By April 9, the Orioles tabbed Means as a starter, and from that point on, he spent the majority of the season as one of the most reliable arms in the rotation. 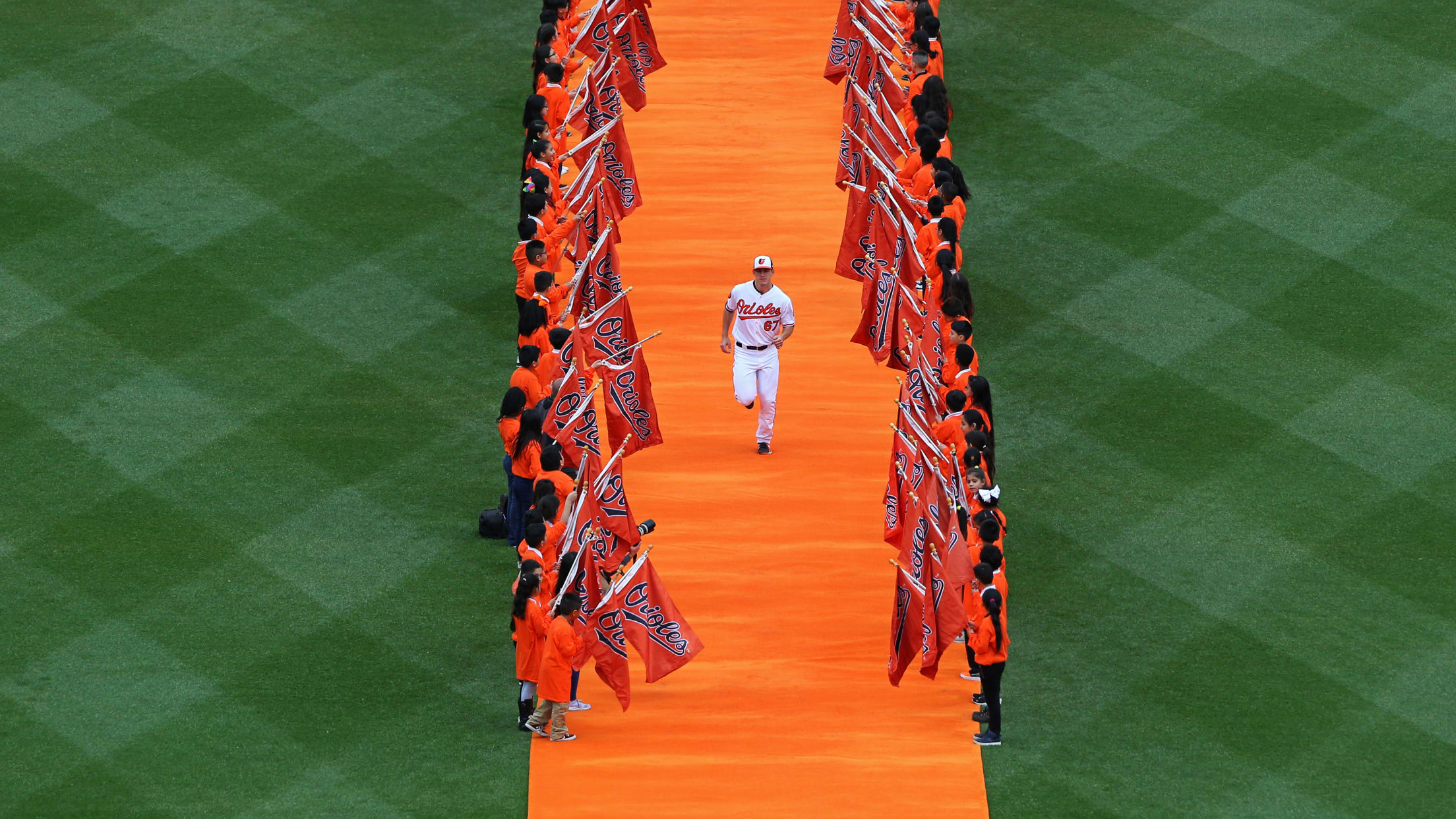 "I think you feel really good when John Means is on the mound, for sure," Orioles manager Brandon Hyde said. "One, everybody loves his tempo. He works quickly, he's aggressive, he throws strikes. You love to play behind a guy like that, and you love to be in a dugout with a guy like that, where the game is moving, and this guy's out there battling. You really feel that when he's on the mound."

The support from his manager and coaches is something that Means relishes in, and it drives him further to hone his craft.

"That's the whole goal: to get your staff, your coaching staff, and the front office on your side – you don't want them to be like, 'Oh no. Means is out there, we'll see what happens. What Means are we going to get today?' It's good to go out there and have them have high hopes," Means said.

With the mentality of someone who faced endless struggles throughout the minors and knowing he has all of his options remaining, it might not be much of a surprise that when Hyde called him into his office the morning of All-Star Game announcements, Means thought bad news was looming.

"I was trying to stay out of his office as much as possible at the start of the year – because that's how you get sent down," Means explained. "But being in there, he said, 'Yeah, you're an All-Star.' I was just sitting there and I'm like, 'You're joking. This isn't funny.'" 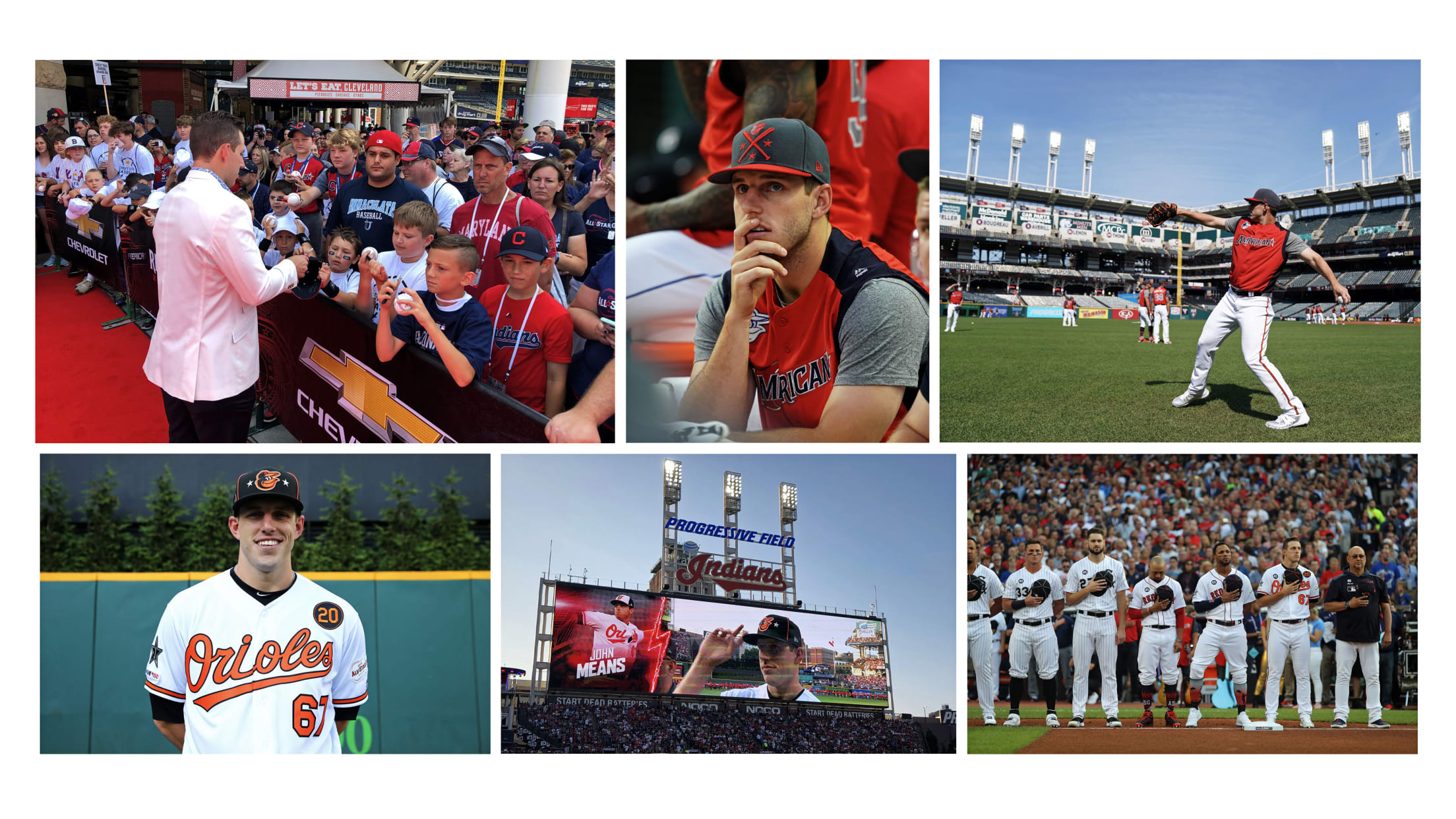 Means never made an All-Star Game as a minor leaguer. He was never at the top of prospect rankings. "I'm the last person everybody who has played with me and against me would've thought is a Major League All-Star," Means said.

Although he didn't pitch in Cleveland, the experience will be one he'll remember forever.

Despite a struggling Orioles team, Means has capitalized on the new opportunity to show his talent and tremendously execute it at the highest level.

That consistency is far from easy, but one thing is for sure: he's going to continue what has always worked for him: do less, and keep it simple.

This story was originally published in the 2019 Third Edition of Orioles Magazine. Birdland Insider features original content from Orioles Magazine, including new articles and stories from our archives.