Over 1,000 Rangers fans descended upon Globe Life Park for the Rangers Labor Day Weekend 5K. Families big and small enjoyed a fun 1K around the ballpark, before participating in the 5K that featured scenic views of Arlington's Entertainment District. Runners finished on the field where they were greeted by Rangers Six Shooters, Dots and Rangers Captain with their finishing medals.

During the post-race celebration, participants received prizes from race sponsor Medical City Arlington and snacks from Krave Jerky. During the awards ceremony, special bronze, silver and gold medals were presented to the best in each age division. In the new Team Categories, Scrambled Legs was titled the fastest team, while The Burleson Runners received the honors as the largest team. Each team was presented with a specialized plaque.

A special thank you to race sponsors Medical City Arlington, Ozarka, Pro Financial and RunTime Racing Services, along with everyone that participated. We will see you next year! 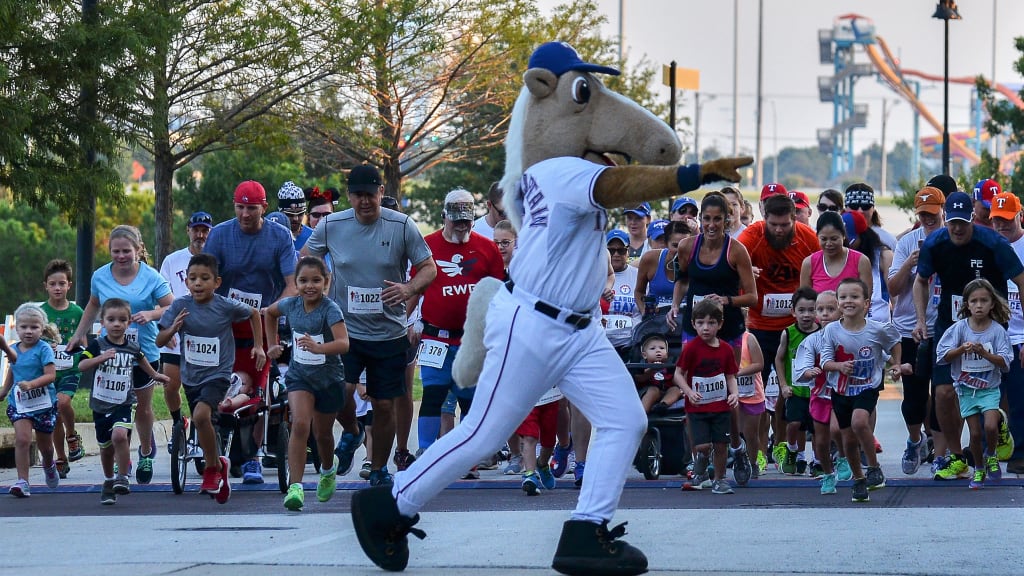