The Red Sox won their third World Series in the past 10 years this week, and on Saturday, the team held a celebratory duck boat parade from Fenway Park to the Charles River. Boston fans came out in droves to support the players, the organization and the city in what will surely be a year to remember. Check out some of the fantastic moments below:

The crowd begins to gather at Fenway: Players, like Stephen Drew (and his son), thanked the Boston crowd for their support all season long:

While Jonny Gomes just took it all in: 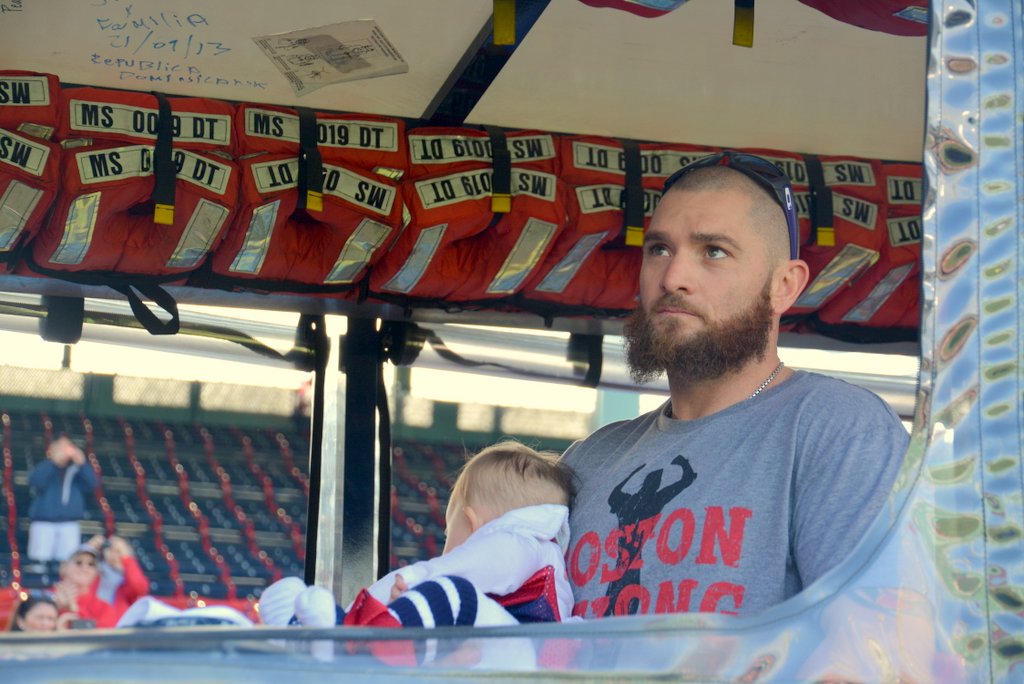 And then the team assumed their positions on the boats. Big Papi was all smiles: Autographs were delivered along the entire route: 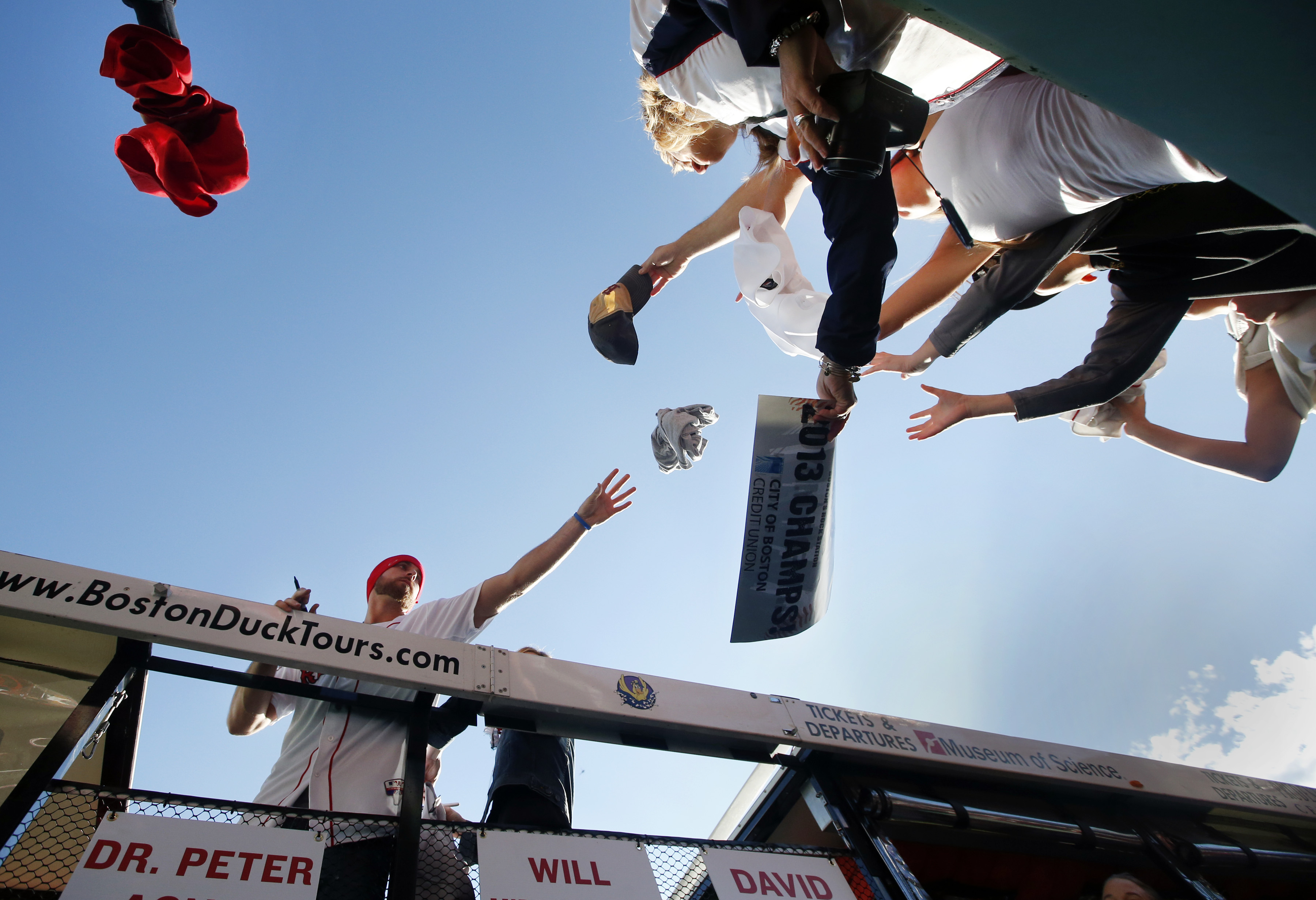 And spectators were greeted: 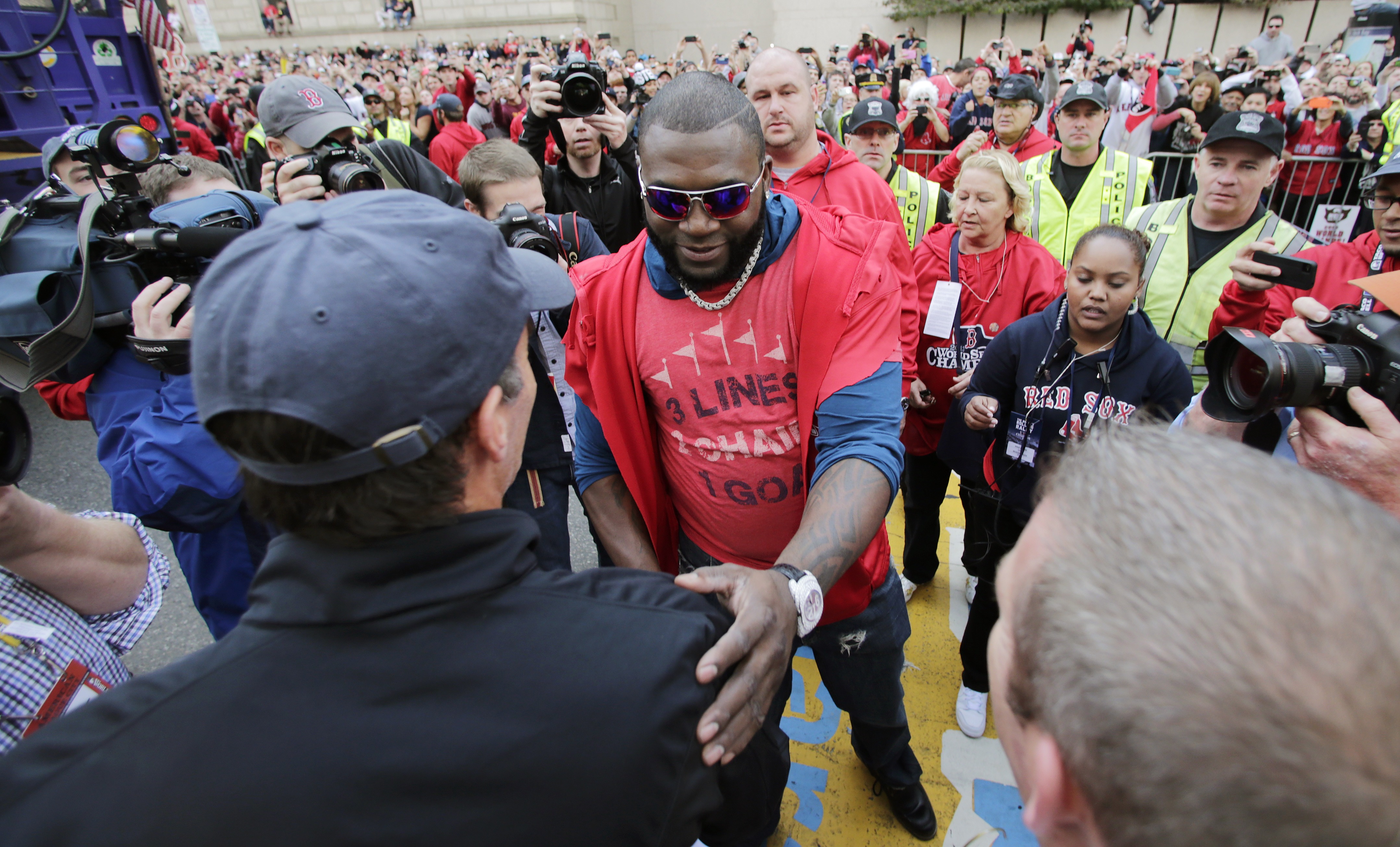 Then at the Boston Marathon finish line, victims were honored with special jerseys:

And given some time with the Commissioner's Trophy:

Finally, the boats emptied into the Charles River and Salty gave the World Series award one last hoist into the sky: