How to host the Draft: A guide for new Commissioners

How to host the Draft: A guide for new Commissioners

The MLB Draft approaches, and with it, one of the unique challenges a Commissioner can face. It's the time of year when a top sports executive, no matter how much power he wields on a day-to-day basis, suddenly becomes a cheerful game-show host.

At least for the first round on Monday, the Commissioner will basically become the equivalent of Ted Allen on "Chopped." Since this year will mark Commissioner Rob Manfred's first time calling names from the podium, we've created this helpful guide.

Even if you're not Mr. Manfred, feel free to use these tips for your weekend softball league/kid's soccer team/NBA/NHL/NFL drafts (hey Adam, Gary and Roger). And tune in to watch the Draft live June 8 at 7 p.m. ET on MLB Network and MLB.com., with the pregame show starting at 6 p.m.

Draft Day fashion can get a little … extreme, so be sure that you're providing a soothing counterpoint to whoever you're standing next to:

Do some reflex work

Sometimes your basic "congratulations" handshake gets a little more ... complex:

There are more than 7 billion people in the world, and almost as many unique names to call them by. That's why it's important to review your long vowels and your diphthongs before you step up to that podium, because you don't want to mispronounce one.

PRO TIP: But when it comes to cities, you can say whatever collection of sounds you want:

Rein in your facial expression You're allowed to look happy, so don't worry about that. We're really just advising you not to giggle when you (hopefully) get to say names like Kale Breaux and Kyle Funkhouser. But if you do, we understand. We're laughing, too.

Come up with some fun catchphrases

After each team completed a Draft pick, Commissioner Bud Selig would announce the next team up and say, "They are now on the clock." Why not spice that moment up? Here are a few suggestions to get you started:

Enjoy a video scrapbook of your life

First televised in 2007, you can now watch the MLB Draft on MLB Network or stream it on MLB.com. That means, if you're a Commissioner, you can also watch the way your appearance changes from year to year. You can even put together a digital flipbook. Wondering what your hair looked like in 2007? Thank the miracle of television: 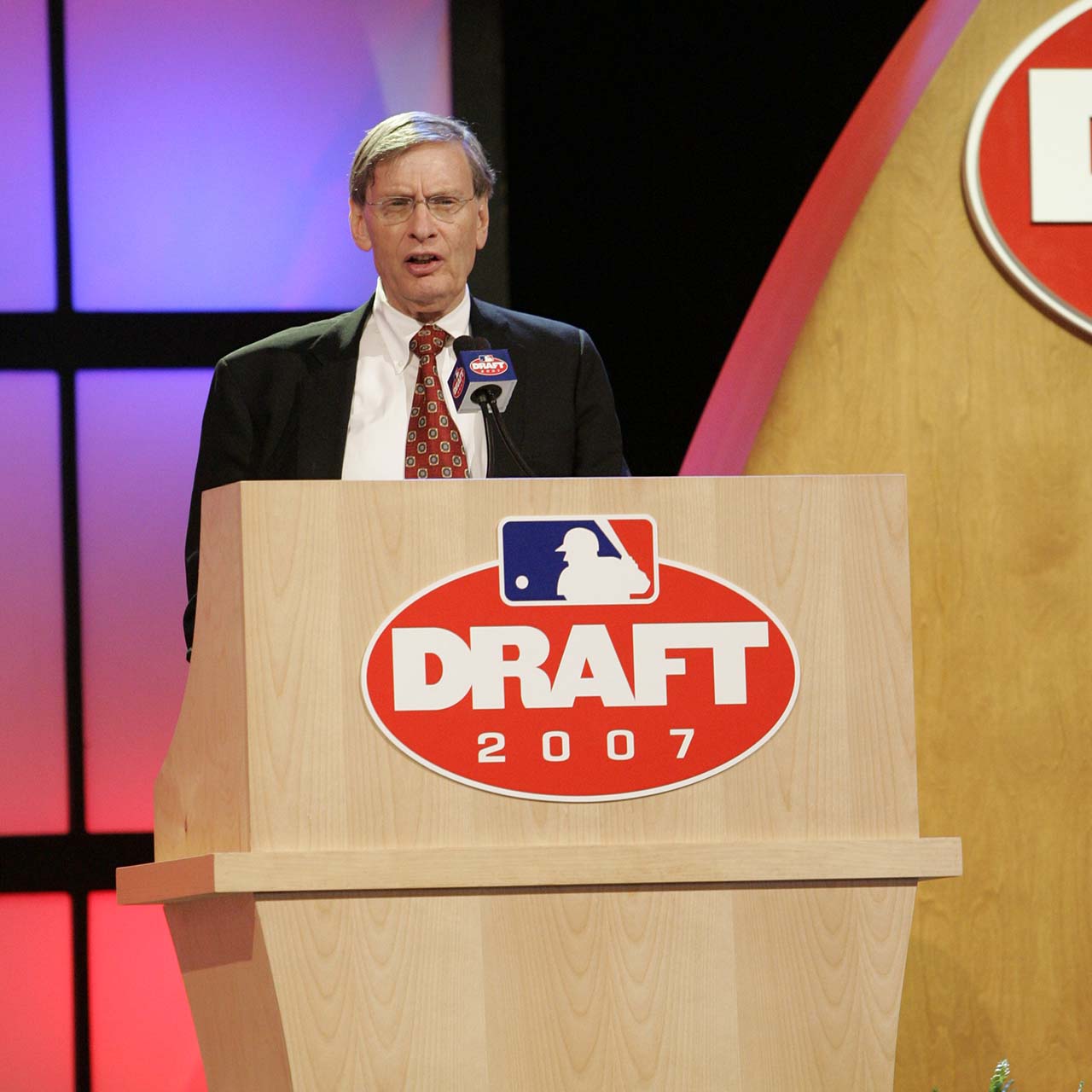 Prove to famous players that you knew them when Open your heart to lots and lots of joy

This is where your life and that of the aforementioned Ted Allen separate. Ted Allen has to chop people, but you don't. You have the enviable job of telling players that their dreams are starting to come true. On your reality show, everyone wins.