After a solid run, Johnny Damon gets (unfairly) fired by Donald Trump on Celebrity Apprentice

Johnny Damon, one of the few players in MLB history to win a World Series championship with both the Yankees and the Red Sox, decided to pursue a new challenge this year: But here's the thing: He totally did not deserve it.

I'm not one to be outraged by things I see on reality television, but as a baseball fan, it's hard not to feel a bit hard done by Trump's decision to let Damon go. If you didn't watch this season of Celebrity Apprentice (which, shame on you), here's a quick recap to get you caught up.

Trump brought in 16 celebrities to compete to see who would become the next Celebrity Apprentice, a title bestowed in years past on such figures as Arsenio Hall, Piers Morgan and Bret Michaels. This year's field of competitors included athletes Damon and Terrell Owens, actors Ian Ziering and Vivica A. Fox, Real Housewives Brandi Glanville and Kenya Moore and many others.

Monday's episode, one of the last of the season, began with Damon taking the role of his squad's Project Manager to craft a viral marketing campaign for a bread company. Damon led his team to victory (as is usual for him), which just so happened to be the team's fifth win in a row. Things seemed to be going well for the two-time champion. But then, in the episode's second challenge, Damon's team was tasked with writing a short jingle for a new Budweiser product -- an exercise that, despite Damon's surprisingly plentiful musical talent, the team unfortunately lost.

When it came time for Trump to ritually fire one member of the team, he began by tossing team troublemaker Ziering aside. But then, in a twist, he announced he'd be firing one more member of Damon's team. With the choice down to either Damon or Glanville, Trump asked both why the other should be sent packing. And, to their credit, neither one was willing to put up much of a fight. Evidently, Damon and Glanville became friends during the process and, rather than turn on each other for the sake of a fake business-themed television show, decided to keep their friendship intact. It was honorable and noble. So, naturally, Trump fired them both. It's a shame, really. Damon's team won the five previous challenges and was coming off a signature victory as Project Manager. That Trump would dismiss him seemingly for not turning on his friend is disappointing and a little short-sighted.

Tough competition. Team infinity wins 5 in a row, and then we lose 1 and we are all gone. #CelebApprentice

But Damon, class act that he is, left with his head held high:

I'm not a person to throw someone under the bus. I got this far because I know how to work well with others and win. #CelebApprentice

Damon was regarded throughout his career as a great teammate, so it should come as no surprise to learn that, even faced with elimination, he'd sooner go home than turn on his teammates.

And remember, Glanville is a member of the cast of The Real Housewives of Beverly Hills, a show built around the concept of generating arguments and drama out of nothingness. For Damon to not only get along with a star from that show, but to become so close as for her to be unwilling to stir up drama against him, shows just how great of a teammate he really is. They didn't deserve to be sent home for, of all things, being friends.

So, Johnny, forget Trump. He was wrong. We all know it. He was probably just jealous of those rings. 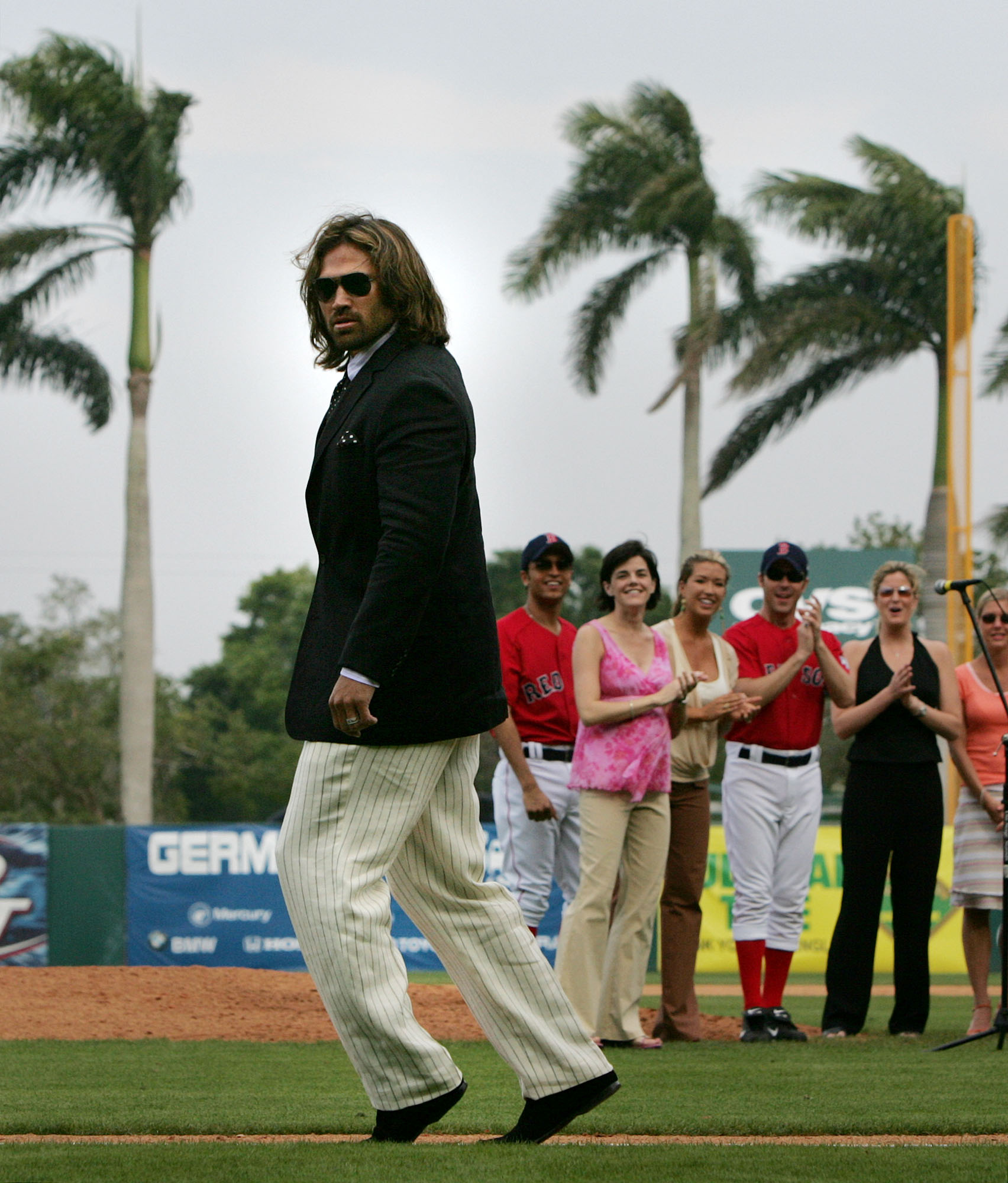