We're still waiting for the networks to bid on our spec script for a buddy cop drama starring Albert Pujols as the grizzled veteran on the force who might appear to be getting too old for this stuff (but definitely isn't) and Mike Trout as his partner, the new-to-the-force-but-more-capable-than-his-peers macho risk-taker. 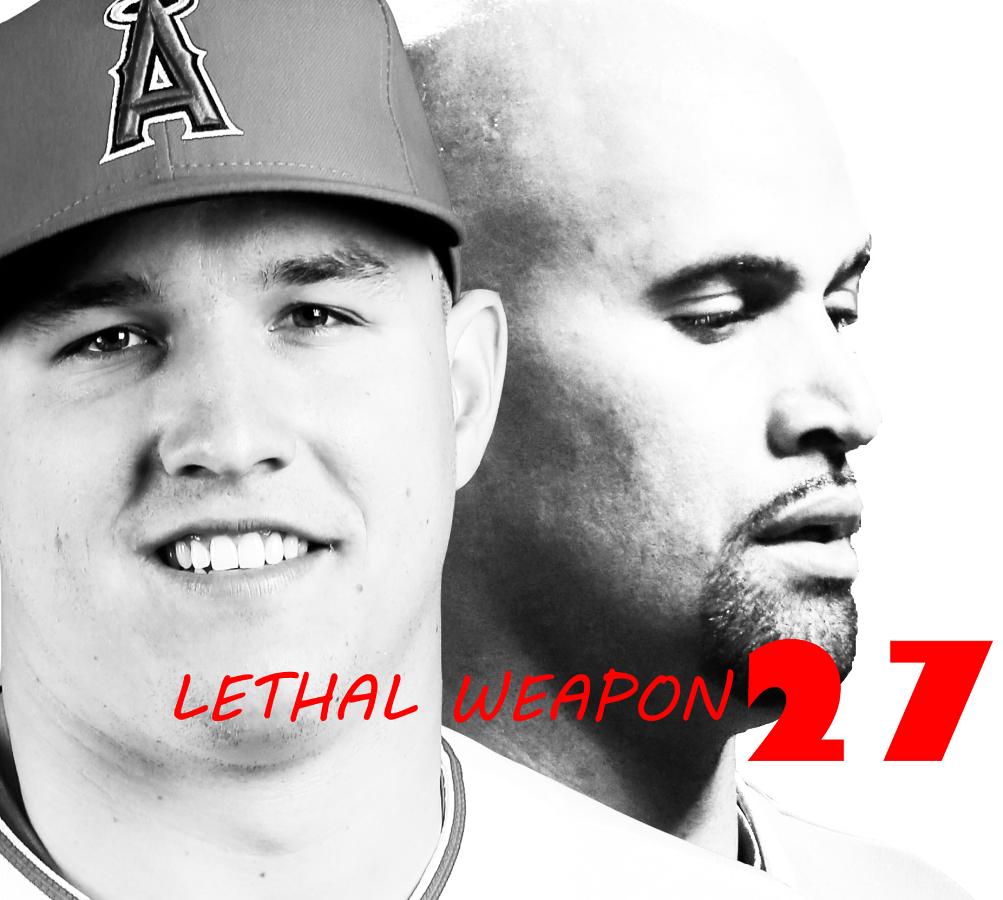 In the meantime, we'll have to settle for hilarious clips of the two trolling each other (and their opponents). In the latest episode, Trout was participating in an interview with MLB.com's Ben Platt when Pujols decided that he wanted to get in on the fun.

Trout was in the middle of answering a question when he was struck square in the nose by a flying projectile ... which turned out to be a paper wad Pujols had tossed with incredible precision.

It's astonishing that after an NL Rookie of the Year Award, three NL MVP Awards and two World Series championships, Pujols can still be so proud of himself for trolling his teammate during an interview. Look at him: He's beaming.