When they met, Madison Barrett told Alex Cobb she was going to become a mermaid doctor when she grows up. That was back in May 2013, when Barrett was five and a patient at All Children's Hospital in St. Petersburg. She met the Rays right-hander when he visited the hospital on "Rays Kids Spirits Day."

Madison was born with gastroschisis, a condition for which she's undergone 37 surgeries -- requiring her to wear portable monitors at all times. She's grown familiar with the Rays, as players make weekly trips to the hospital. Madison has mingled with them on several occasions, and each time she's declared, "Alex Cobb is my favorite."

Madison recently celebrated her seventh birthday. Because of the impression she's made, Cobb invited Madison and her family to Friday night's White Sox-Rays game. He brought her down to the field to take in batting practice and gave her a complete tour of the clubhouse. Before game time, he surprised her with a shopping spree at the team store. There, Madison came away with pillows, dolls, a giant foam finger, Hello Kitty glasses, an Alex Cobb Lego figurine, Cobb's bracelet, and best of all, a brand new Cobb jersey. 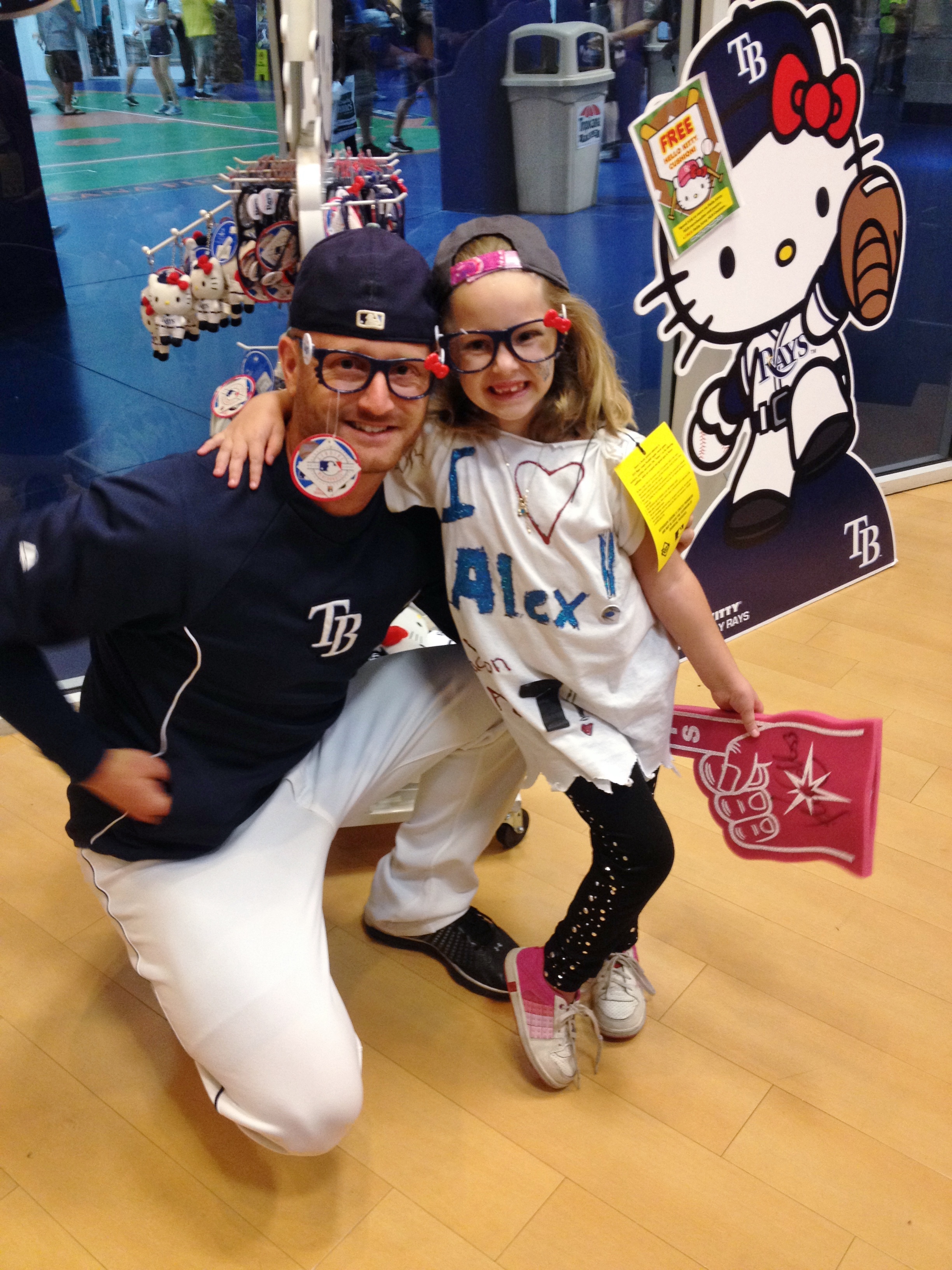 Madison's career plans have shifted some: she revealed to Cobb that being a veterinarian wouldn't be so bad one day. She's still got some time still to get it all figured out. Until then, she's content being a fan.