With the 2015 All-Star Game returning to Porkopolis for the first time since 1988, when the Reds played in Riverfront Stadium, plenty of attention is being paid to the Queen City. After all, not only is this the city that kicked off professional baseball -- and plays host to an Opening Day parade -- but it also has the greatest looking mascot in the history of the sport:

It's not surprising then that giant, Reds-themed mustaches have begun popping up all over town. UPDATE (06/24/15): The mustaches are still arriving, showing up outside of Union Terminal: 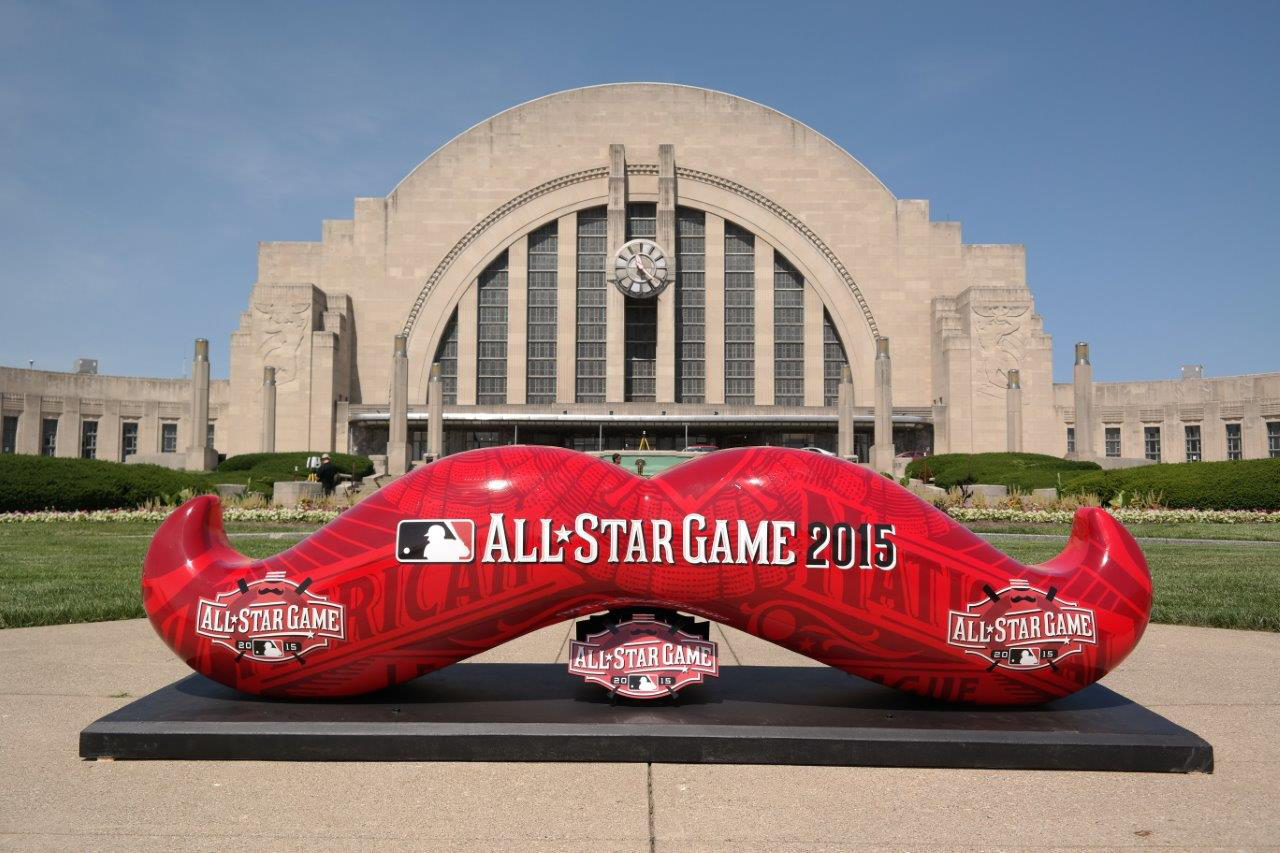 And the Incline District: Of course, Great American Ball Park still has one: But where are all of these coming from? Sure, it could be a smart, fun and exciting promotion from the Reds marketing team or is it more likely that these are hibernation pods that have landed from an advanced race of outer space aliens? And that on July 14, when the All-Star Game begins, they will open, revealing a terrifying army of humankind's new mustachioed masters? I think that's a strong possibility.