Can you smell what the Lehigh Valley IronPigs are cooking? Bacon, and plenty of it.

The IronPigs -- the Triple-A affiliate of the Philadelphia Phillies -- introduced baseball's first-ever bacon-themed caps and jerseys prior to the 2014 season. This sartorial emphasis on delectable pork product was done in concert with an increased culinary emphasis. The IronPigs now refer to their home of Coca-Cola Park as "Bacon, U.S.A." as they add an ever-growing array of bacon-themed concession items to the ballpark menu.

Bacon aficionados desiring a comprehensive IronPigs' bacon overview would do well to attend Wednesday's "A Taste of Bacon, U.S.A." pregame event, which includes -- you guessed it -- a lot of bacon. Fans, who are advised to make reservations in advance, will receive "generous sample portions" of seven bacon-intensive concession stand offerings.

This includes gastronomic monstrosities such as the "Hog Dawg": a two-foot long hot dog topped with chili, beer cheese, onion straws and -- wait for it -- bacon. For those who prefer their bacon in a comparatively pristine state, there's chocolate-covered bacon as well as maple-candied bacon on a stick. 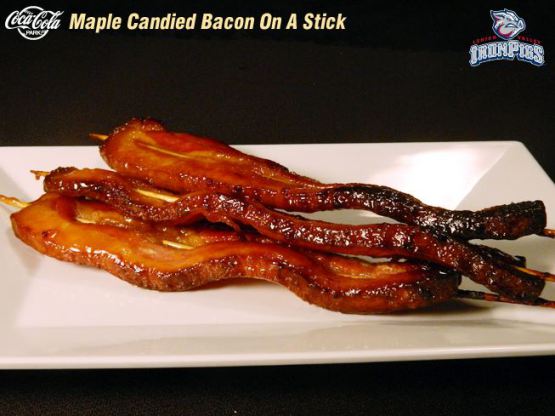 But maybe you'd rather have your bacon mixed with other ingredients and served in a cup? This is the pork parfait, which includes mashed potatoes, pulled pork, cheddar cheese, green onions and a purported "boat load" of bacon. Not to be overlooked are the IronPigs' "deep-fried bacon-cheddar bacon bites." The IronPigs added this allegedly healthy item to the menu in response to criticism by The Physicians Committee for Responsible Medicine, which has paid for anti-bacon billboards in the vicinity of Coca-Cola Park during each of the past two seasons. The non-profit organization also sent a letter to the IronPigs urging them to promote healthy items, such as broccoli, at the ballpark. This probably wasn't what the good doctors had in mind. Your move, Physicians Committee for Responsible Medicine. Your move.

Check out the rest of the fun, weird and heartwarming promos from the coming week of Minor League Baseball.