Is baseball a religion? Chatting with Joe Price, co-director of the Institute for Baseball Studies

On a warm midweek morning last month, I drove from Los Angeles to the quiet, unassuming town of Whittier, Calif. Hidden inside the Mendenhall building at Whittier College, a private liberal arts school with approximately 1,600 students, is the Institute for Baseball Studies. I was there to meet with Joe Price, the co-director of the Institute and a religious studies professor when not on the baseball beat. After a walk through the building, which also houses the school's empty former library, we came across a small hallway featuring posters of Dock Ellis and Ila Borders, a woman who once played baseball for Whittier College in independent baseball leagues. Price tells me that The Institute is "a home for research with resources for scholars and students and journalists and fans to come and basically read, learn and talk baseball." In its current state, that means a cozy classroom-turned-library filled with baseball books and memorabilia like Monte Irvin's signed cleats. It's beginning to burst at its seems -- the bookshelves are 75 percent full and two interns have spent their summer vacation cataloguing recent additions that still needed to be sorted and organized on one of the tables that littered the room.

Rather than using the Dewey Decimal System, the Institute has its own propriety subcategorizations. There were sections for biographies (Hall of Famers get their own special area), with others for humor, art and music, baseball journalism and more. The remaining walls are filled with memorabilia and artwork like Greg Jezewski's "Origin of Species." Price gleefully pointed out that the cave opening resembles the MLB logo. The Institute opened in January as a home for books and documents from the nearby Baseball Reliquary (run by the other co-director of the Institute, Terry Cannon) in Pasadena, including the papers of baseball writers Paul Dickson and Tony Salin. Price says the Institute is now unique in its dedication to "expanding the study of baseball history, literature, myth and culture." Most other baseball research programs, such as one at Northeastern's school of engineering, focus on the physics of baseball and the development of equipment. 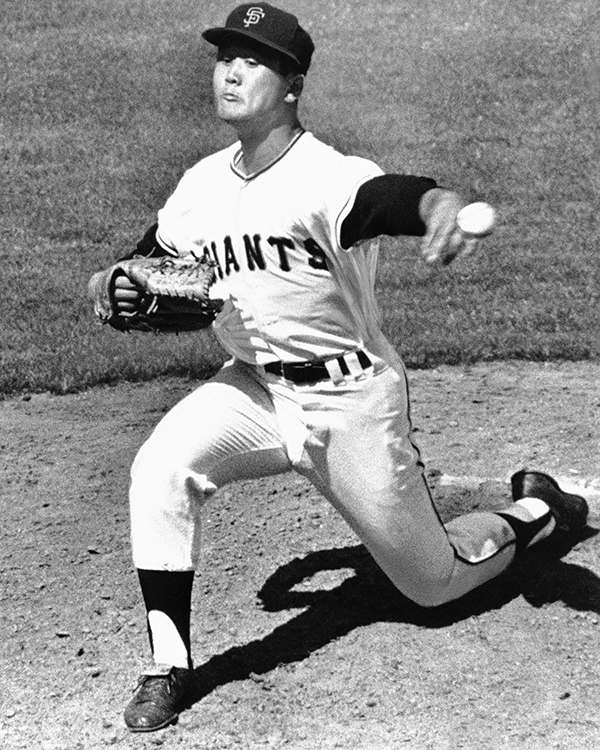 At the discussion, Murakami told a story that wasn't included in his recent biography of when, after throwing two strikes that were called balls, he angrily tossed the rosin bag into the air and was ejected from the game. Price relays the story:

It's these living moments of baseball history, which might otherwise slip through the cracks, that the Institute hopes to catch. They are also what motivates and excites Price, who as a boy fell in love with the Yankees following Don Larsen's perfect game.

Wearing a polo shirt tucked into khakis when we met, Price is energetic and passionate, his excitement similar to a 5-year-old telling you about their new toy. Then again, what would you expect from a man who made it his mission to sing the national anthem at over 100 Minor League parks?

Shortly after arriving at Whittier in 1982, he and a fellow religious studies professor went to a Dodgers game together.

"And we began to muse about the mythology of the field," he said. "Especially the omphalos myth from Greek philosophy and how the pitcher's mound served as a cosmic mountain. I ran with it, wrote an essay, submitted it to numerous scholarly publications. Most of whom said, 'It doesn't really fit, but can we keep a copy personally?'"

He explained further:  "The cosmic mountain is the place where creation began. It's also the point of nearest contact between humans and the transcendent deities by virtue of it being high. It is the place where sacrifice is most evocative. And so the pitcher starts play by hurling the ball ..."

After Price's essay came out, former Major League Commissioner Bart Giamatti wrote in his book "Take Time For Paradise" that home plate was the cosmic mountain. Laughing, Price tells me why that simply can't be the case: "Home plate is south. It's the place of comfort. It's the place of warmth. it's the place of security. The four Cardinal directions are determined by the four bases."

Soon Price began writing more about the intersection of religion and sport, "not in a way that athletes might offer their testimony, but in a way that baseball could serve as the source for a kind of faith." In his first book, "Rounding the Bases: Baseball and Religion in America," Price writes that "In addition to its religious affection for rules, baseball has its temples -- its stadiums -- where the rites are performed and its shrines -- like the Hall of Fame, the commemorative plaques on the center field fence in Yankee Stadium, and the bronzed shoes of Johnny Bench at Cincinnati's Great American Ball Park."

Even the tarp that covers the field plays a part, too. As he goes on to write:

"Baseball is the only team sport that, at the professional level of play, requires that the infield be covered with a tarpaulin between games in order to protect it form the possibility of saturation with rain... What this relationship to rain suggests is that the world of the baseball game can be threatened by the destructive waters of the mythic flood or the primeval waters of chaos, both of which are intimated or conjured up by the waters of rain. The grounds crew bears tthe responsibility for protecting the game from such threat of destruction, from such chaos."

As evidenced by the madness when a tarp in Pittsburgh tried to devour one of the grounds crew recently, that chaos is definitely real.

Price has since begun teaching courses on the sport like "Sport, Play and Ritual" and "Muscular Faith," which focuses on ritual like players crossing themselves upon reaching home plate. His syllabi combine a number of books with films like Bull Durham and Field of Dreams. But there's an upcoming class that Price is particularly excited to be teaching this January, a broad grin on his face as he talks.

"I'm teaching a course called El Beisbol: A Carribbean Religion. We will take students for two weeks to San Juan, Puerto Rico, where they will be able to be housed at the Universidad del Sagrado Corazón. There they will receive instruction in Puerto Rican history as well as have a number of meetings that the faculty are trying to set up with retired Major Leaguers who are living in the San Juan area and -- if it works, if she's able, Mrs. Roberto Clemente."

He pauses for a moment and sits back. "That in and of itself should be worth every cent that students may have to invest to participate." Both the class and the Institute are already generating plenty of interest. A number of students have already registered for El Beisbol, and some "former alumni and friends of a more mature stature" are also looking to participate. Former Major League pitcher and Whittier College alumni Jim Colborn has expressed an interest in getting involved.

Before I leave, Price shows me his favorite piece from the Institute's ever-growing collection. It's a Rennie Stennett baseball card and autographed baseball. Price was in attendance for the game in 1975 when Stennett went a record-breaking 7-for-7 in the Pirates' 22-0 win against the Cubs.

"We cannot have it certified by anybody, but the story is what the Institute is about. The meaningfulness of the stories, the ability to reflect on the kinds of connections that take place at the games and at the ballparks and with friends and with players or any of the above -- all of that is part of the culture."