With new glasses and a mustache, Brian Cashman looks exactly like Stanley Tucci

With the start of the Winter Meetings on Monday, teams are looking to remake themselves before the start of next season as they attempt to push for the World Series. In the case of Yankees GM Brian Cashman, he decided to give himself a bit of a makeover. With a brand new mustache and a pair of classic round eyeglasses, Cashman looked pretty sharp.

He also looked exactly like Stanley Tucci. In fact, we're not 100 percent sure that this isn't Stanley Tucci doing some research into his next role as a general manager in "The Sandlot 4: Time to Trade Ham At Peak Value." 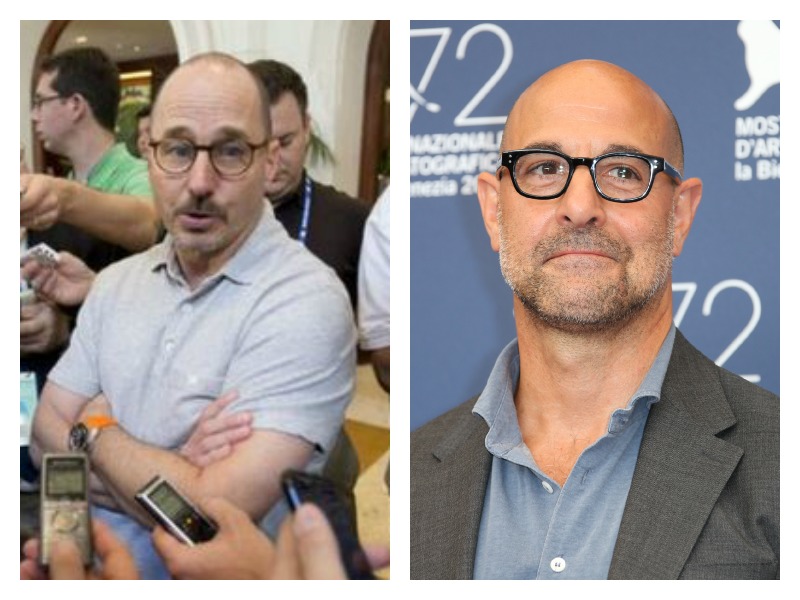 So for all those reporters who are in Nashville right now and need to be positive of who they're talking to, here are a few useful tips for making sure that you're talking to the real Yankees GM.

1. Ask politely, yet firmly, "Are you Brian Cashman or two-time Golden Globe winner, Stanley Tucci? You're legally required to tell me if you're Stanley Tucci."

2. As a follow-up, ask "If Stanley Tucci were here, what would you ask him?" If he answers, "Well, I'm Stanley Tucci," you've caught him in a web of lies.

3. Test him with a complex math question. Like: "Mark Teixeira gets in his car at 2 p.m. and Andrew Miller gets on a bus at the same time, from the same point, headed in the same direction. The average speed of the car is 30-mph slower than twice the speed of the bus. How many HRs will Teixeira hit in 2016?" Only Cashman will know the answer.

4. Ask him "What was your favorite memory of working with Meryl Streep?" Reminder: Meryl Streep has never worked in a baseball front office ... that we know of.

5. Have him write his name on a pad of paper. Unfortunately, I have no idea which hand Tucci writes with, and, actually, I'm not positive on Cashman either, so this detective trick won't work. But maybe Tucci won't know that you don't know and will slip up and he'll confess his real identity.

6. Pose as a cop and ask him, "What were you doing on the night of July 3rd?" Since that's Cashman's birthday, he should answer "After defeating the Rays, I ate cake and opened presents."

7. Admit that it's impossible for anyone to truly know anyone else and just accept him at face value. After all, if the first six questions didn't solve the problem, nothing short of a DNA test will suffice.

Warning, asking him to perform Tucci's scene in "The Devil Wears Prada," will not help. Anyone who is anyone has memorized that scene.