A look back at Catfish Hunter's HOF career

Today is National Catfish Day, which is a delightful holiday built around the celebration of delicious fried seafood. However, the aquatic catfish is not the only catfish worth celebrating today -- there's also Hall of Fame pitcher Jim "Catfish" Hunter.

Hunter was signed as an amateur free agent by the Kansas City Athletics in 1964. The A's owner, Charlie Finley, bequeathed the nickname "Catfish" upon Hunter after suggesting the pitcher needed a flashier moniker. The name stuck, and now it's even on his Hall of Fame plaque. 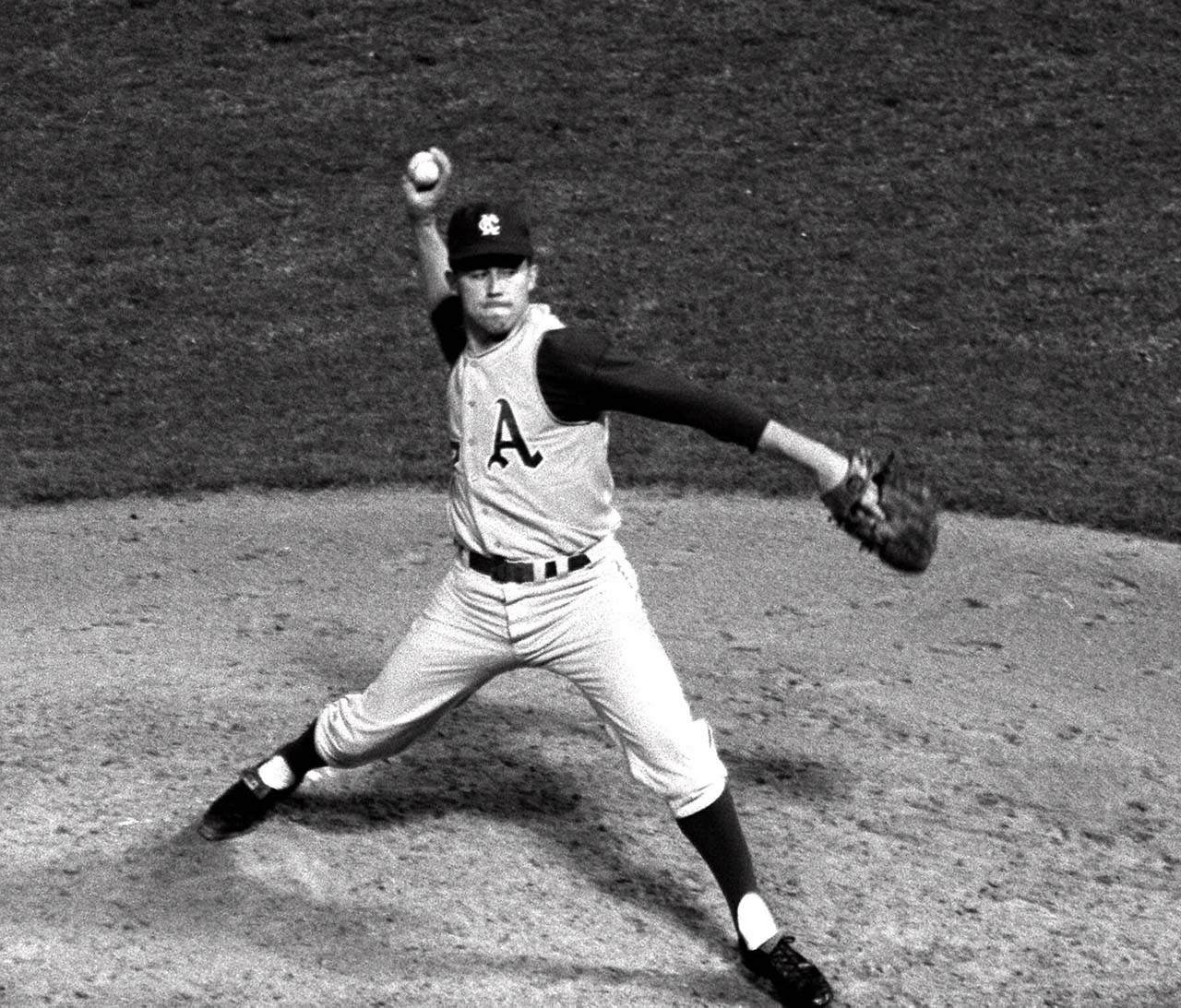 In 1968, the A's moved to their current home in Oakland and the right-hander seemed to acclimate well. During his seven seasons in the Bay Area, Hunter won three championships and a Cy Young Award. His most lasting accomplishment, however, might have come during that first season in the Bay Area.

On May 8, 1968, Hunter's A's faced off against Harmon Killebrew and the Minnesota Twins. The A's had a wonderful game, scoring four runs on 10 hits -- but it was Hunter who had the best day of all.

Hunter struck out 11 Minnesota batters en route to MLB's seventh perfect game of the Modern Era. He was just 22 years old at the time, making him the youngest pitcher ever to toss a perfecto. Add the fact that he went 3-for-4 at the plate with a double and three RBIs, and you could make a strong argument that no pitcher has ever been more deserving of recording a "win":

Hunter is also known as the first big-money free agent in baseball history.

After an arbitrator freed him from his Oakland contract following the 1974 season, Hunter entered free agency following a stellar year that saw him put up a 2.49 ERA with 143 strikeouts -- a mark good enough to earn him his first and only Cy Young Award. But while a season like that would cause excitement for any modern free agent, Hunter was far more nervous:

When he learned of the decision by telephone, Hunter hung up and, shaken, turned to his wife, Helen. ''We don't belong to anybody,'' he told her.

''I was scared,'' Hunter recalled. ''I didn't have a job. I didn't realize the implications.''

It turned out alright -- he signed with the Yankees for a then-record five-year, $3.35 million contract:

Twenty-three of the 24 teams in the major leagues -- all but the San Francisco Giants -- bid for Hunter's services. George Steinbrenner's $3.35 million offer to pitch for the Yankees for five years, which included a $1 million signing bonus and various insurance policies and annuities, was the most appealing, and the Yankees announced the signing of Hunter on New Year's Eve 1974.

Adjusted for inflation, that contract would be worth roughly $2.9 million per year -- or about the same as the Yankees are paying backup infielder Kelly Johnson for 2014.

Hunter went on to win two more rings with the Yankees, bringing his career totals to five championships, 224 wins, 2,012 strikeouts and a 3.26 ERA. That resume was more than good enough to earn him a trip to Cooperstown, where he was inducted to the Hall of Fame alongside longtime Cubs outfielder Billy Williams in 1987.

And so, on this national holiday honoring the delicious-when-deep-fried fish, take a moment to celebrate and remember the career of the best guy named Catfish.