#TBT: Cecil Fielder blasts a homer onto the roof of Tiger Stadium

Cecil Fielder once hit a HR onto Tiger Stadium's roof

Before Giancarlo Stanton was hitting balls out of Dodger Stadium, before Bryce Harper was hitting home runs over elevated highways, before Prince Fielder switched his walk-up song to a siren to let people know "that something is about to happen," Prince's pops was launching mammoth homers that MLB's ballparks simply couldn't contain.

On July 2, 1993, Tigers first baseman Cecil Fielder hit a home run that has only just now come back to Earth. In the eighth inning of a game against the Rangers, Fielder turned on a Matt Whiteside offering, hitting it onto the roof of Tiger Stadium.

Fielder's tater tied the game in the bottom of the eighth and the Tigers would go on to win it in 10 on a Mickey Tettleton walk-off home run. 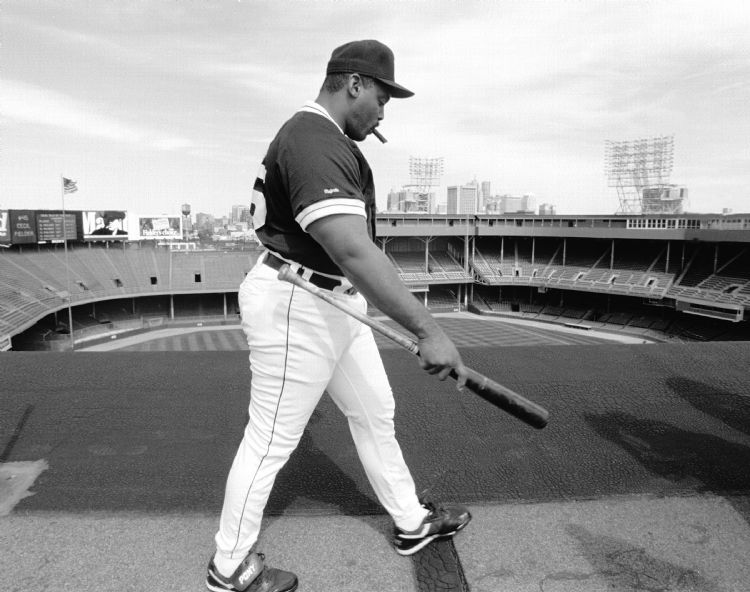 Boston Globe scribe Bob Ryan admitted to letting out a scream when he saw Fielder's homer on TV and likened Fielder to Babe Ruth in his column the next day:

"The ball assumed what can only be called a majestic arc and landed on the left-field roof in Tiger Stadium. An inning or so later, they told us it was charted at 484 feet.

Tigers skipper Sparky Anderson remarked that it might have actually been a home run of biblical proportions:

"That's as far as I've ever seen him hit one," Anderson said. "He hit one out of the park in Milwaukee, but this one would have cleared the stadium there, too. That would have been a homer in heaven."

Perhaps more celestial than the tater itself was the poetry that was Fielder's parade around the bases. According to our unofficial stop watch, Fielder's home run trot clocked in at 29.2 seconds, which borders on performance art. To put that in perspective, that would be the fourth-slowest home run trot across MLB this season.

His son, Prince, recently notched the 300th homer of his career, ushering the Fielders into baseball history as just the second father-son duo to hit 300 homers apiece, along with Bobby and Barry Bonds.