Some of the Cut4 staff has traveled south for spring, taking shelter in beautiful sunny Florida to enjoy the sights, sounds, foods and fans of MLB's Spring Training. As we venture through the many stadia of the Grapefruit League, we'll keep you updated on what it's really like to check out 15 MLB teams, explore the backroads of the Sunshine State and watch a whole lot of baseball. Past recaps: Day 1, Day 2, Day 3, Day 4, Day 5.

Thus far, my Spring Training experience has featured trips to all kinds of different stadiums. I saw the Twins' complex, which had all the modern comforts one would want, but with the small and intimate vibe Spring Training is known for. I saw the Braves' stadium, which was wonderfully-themed and very relaxed. I saw the Rays' park, which is as intimate a spring venue as you could imagine.

On my final day in the Grapefruit League, I get to see JetBlue Park, home of the Red Sox. And, let me tell you, this place is swanky. 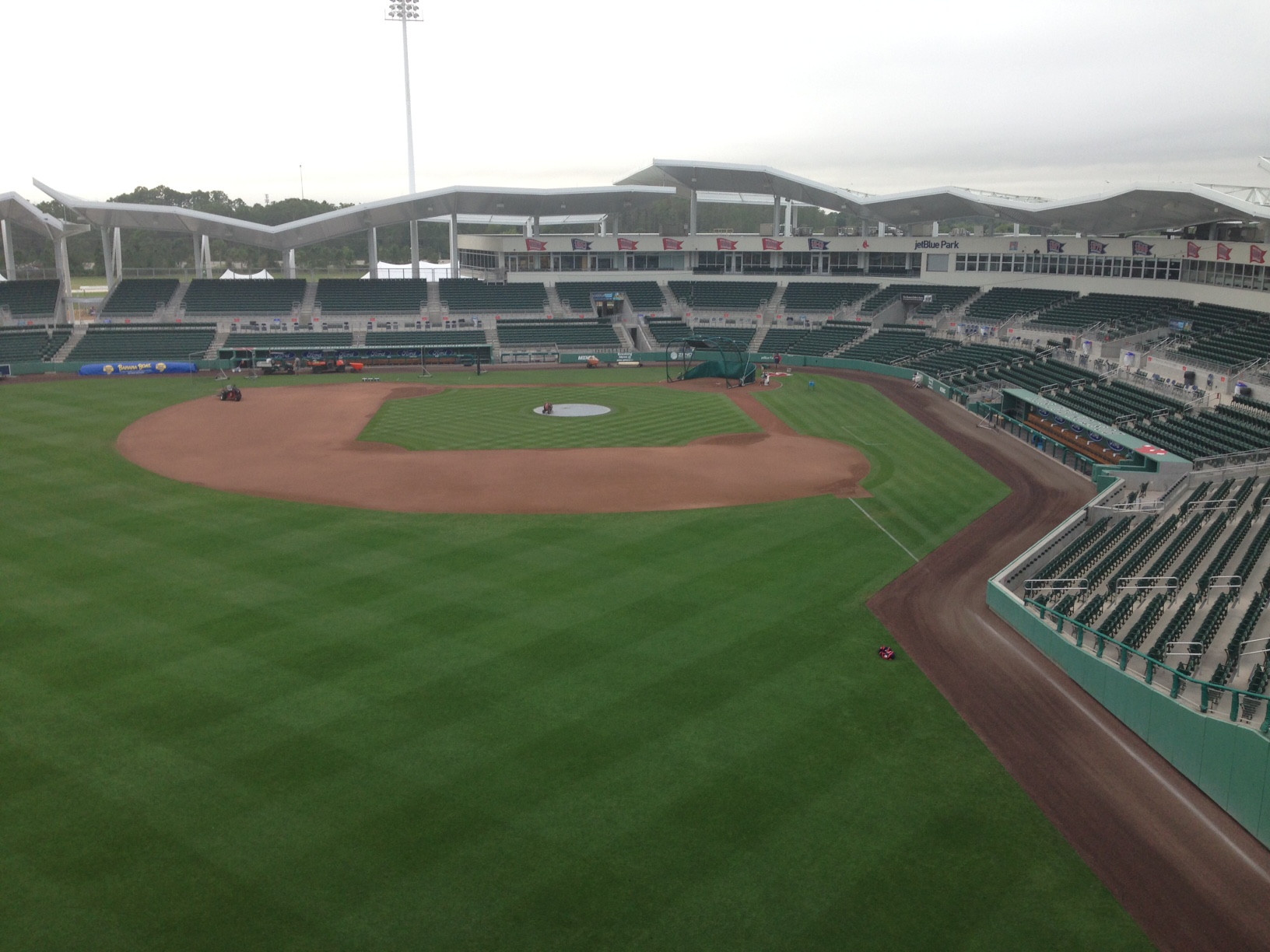 It's often said that this particular stadium is a replica of Fenway Park, but I think that doesn't quite capture it. It's more than a replica -- it's like a reimagining of it:

This place is not so much a replica of Fenway Park as it is a modernist deconstruction of Fenway Park. So cool. pic.twitter.com/fKM3or2PLe

The familiar elements are there -- the Green Monster: 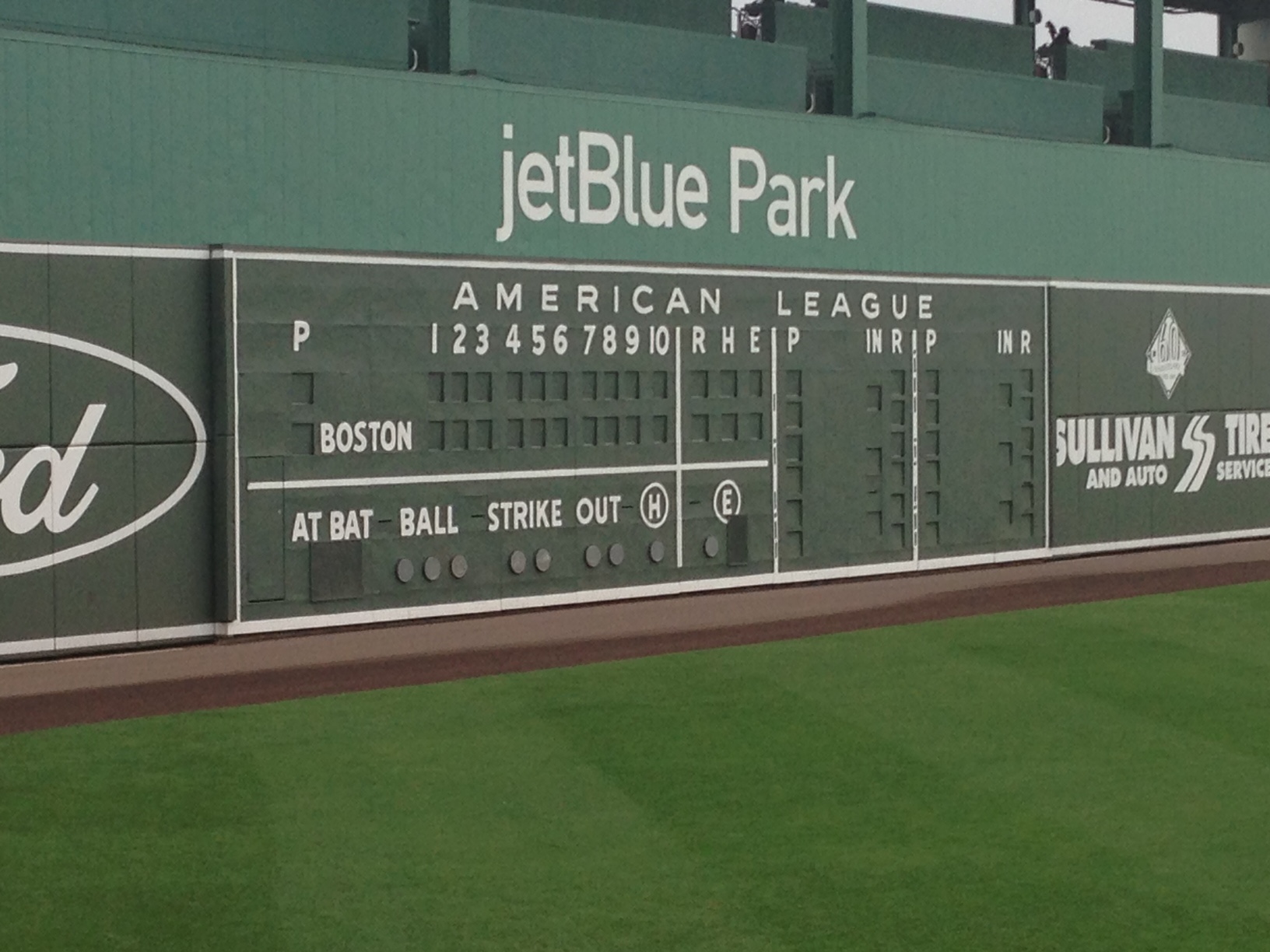 But surrounding it is a highly modern and open ballpark -- quite the contrast to the quaint and historic Fenway. Nevertheless, Red Sox fans are really quite keen on it. The park has sold out each of its 12 Grapefruit League games this spring -- a fact that would be quite evident even if you only glanced at the parking lot: Plus, those fans who filled the stadium are as passionate as they come. This fan's love of the team is so big, he decided to make it permanent: 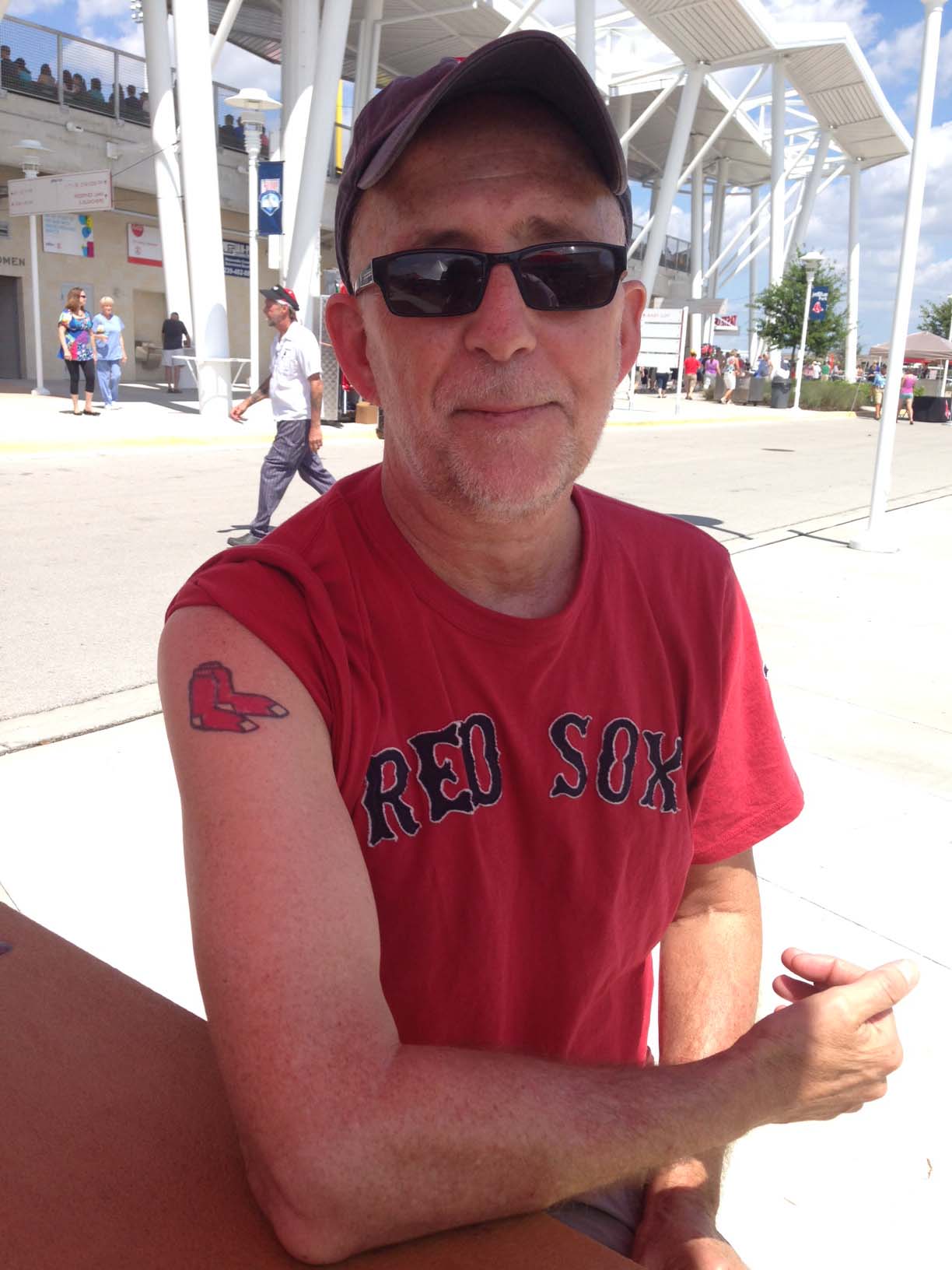 And the only thing as unrelenting as their passion is their optimism, believe it or not. Yes, the team that once had an 86-year World Series Championship drought has come a long way: