Derek Jeter, Juan Uribe, and other MLBers who rock big league fashion off the field

5 MLBers who rock big league fashion off the field

We can debate who looks the best on the field (there is a right answer, and it's whoever is wearing stirrup socks), but ultimately all players wear uniforms -- which make them look, well, uniform. But what about off the field? Here are five players that are ready for a walk-off win of the the runway variety. But the city that never sleeps is home to more than one of baseball's best dressed. Like all of us, The Captain made some regrettable fashion choices in the '90s: But while we're still probably wearing our oversized T-shirts and those weird faux-tattoo chokers, Derek Jeter has put the bad old days behind him: Justin Verlander is pretty confident about how he looks in a suit, confident enough to tell the rest of his team to #StopTryingToOutDressMe:

But Torii Hunter sees that hashtag and would like to raise him #lookbetterthanjustinverlanderday:

One has a collection of shirts with monogrammed cuffs and the other has a Zubaz tiger-striped tie. We'll leave up to you to decide who truly deserves a spot on this list.

Sometimes fashion means making bold choices, and sometimes those are choices that the rest of the world isn't ready to understand. Does anyone know that better than Juan Uribe?

Coco Chanel may have said that the key to accessorizing is taking off the last thing you put on, but the Dodgers third baseman knows that it's really adding a cigar to as many outfits as possible: 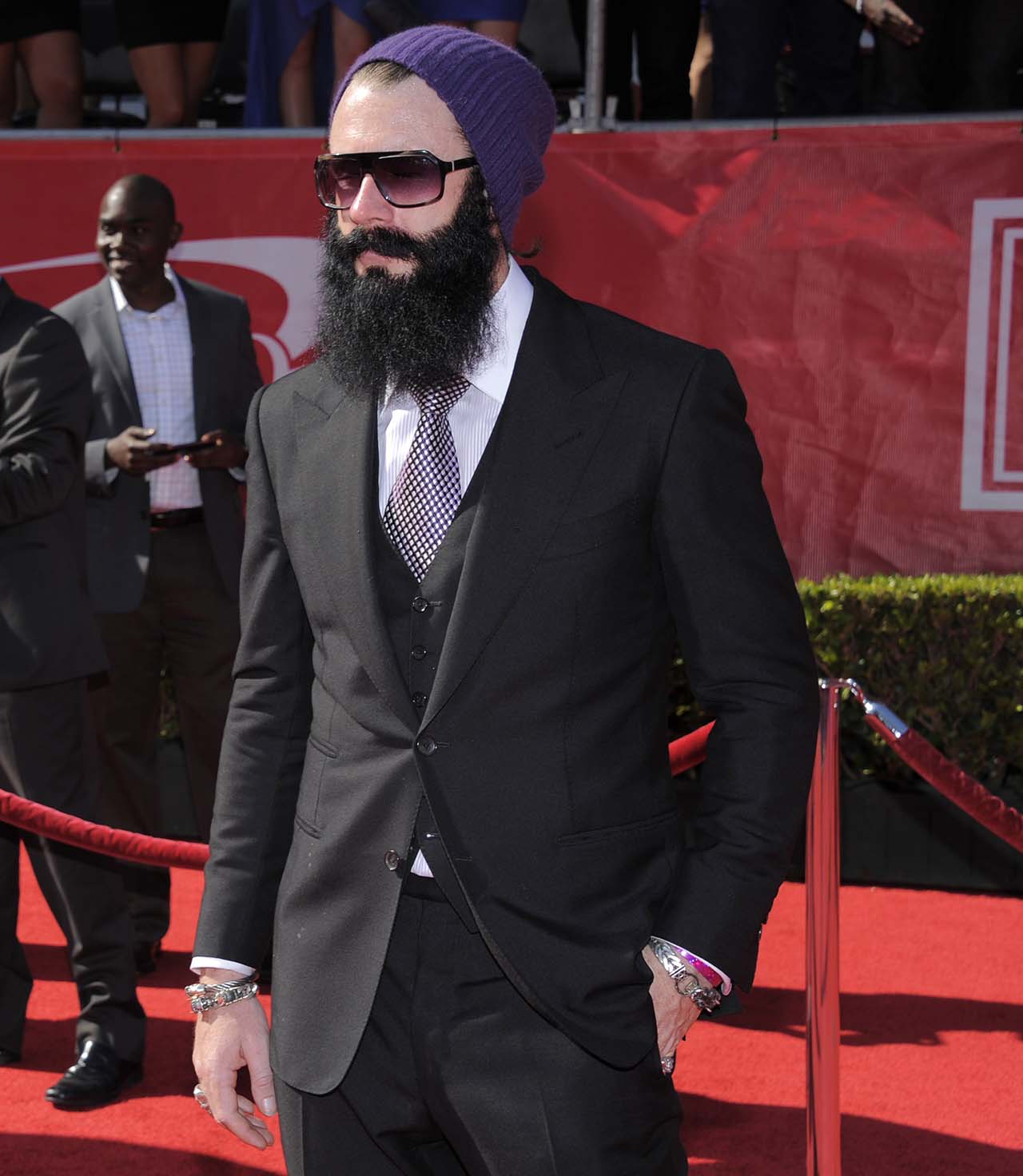 At the place where fashion transcends mere clothing and becomes high art, you will find Brian Wilson. The Dodgers reliever doesn't put together outfits, he puts together statements:

Even if we don't always know what they say: Uh…a penguin's life for me?