How Sean Doolittle's beard is a performance booster

Sean Doolittle has been one of the most dominant relievers in the game this season. Hell, for almost any season. In 39 innings, Doolittle has held batters to a .159/.164/.239 batting line (in other words, about the same as Nationals pitcher Tanner Roark has recorded at the plate this year) while posting a 2.08 ERA.

And while Doolittle blew a save on Saturday, ending a 26 2/3 inning scoreless streak, if he maintains his current rate he'll smash the record for the best strikeout-to-walk ratio of all time. Dennis Eckersley holds the record with 18.33 strikeouts for every walk in 1989, but Sean Doolittle has struck out 56 batters while walking only one. If you were to try to do that in a video game, I'm pretty sure your console would blow up.

So how has Doolittle been doing it? Sure, he's got a 95 mph fastball and a devastating curveball, but that's the convenient answer. The correct one is simple: his beard. A pitcher's delivery consists of a number of weight transfers, levers, pulleys -- it's essentially a human Rube Goldberg machine. For a pitcher to maximize his effectiveness and consistently throw strikes, this motion must remain balanced throughout. That's where the beard comes in.

While it looks light and fluffy, like a souffle of facial hair, Doolittle's beard is actually an incredibly dense counterweight. And that's because of all the dark matter located between each of the individual hair strands. Were Doolittle to shave the beard, we would soon see his windup turn from a tight corkscrew to something more resembling a spinning top about to fall over. Wind: it's a pitcher's worst enemy. Not only can it turn lazy fly balls into home runs, but every cross breeze works to slow down a pitch, sapping it of velocity and movement on its way to the plate.

Did you know that Sean Doolittle is actually 3-foot-7? It's true. But with the beard, he is much more menacing and frightening, making him appear to stand at his listed height of 6-foot-3. 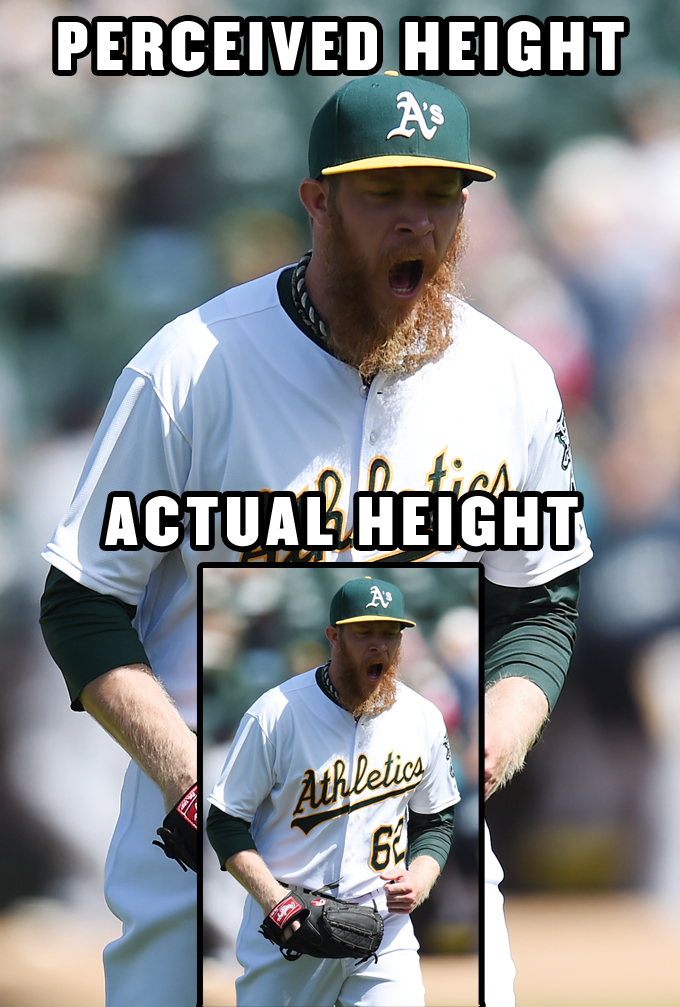 It works in much the same way as when you raise your arms over your head to scare off bears. Which is another good tip. Before going for a hike in the woods, spend four to six months growing a beard. It's the safe thing to do.

When most batters step to the plate, they expect to see something like this, that small patch of white helping them locate the ball until they make contact. But when facing Sean Doolittle, batters don't see that at all. Instead, they see this: Like a fever dream or a night spent watching too much Adult Swim, the batter only sees a floating, headless beard coming toward them. And how could anyone be expected to make contact with that?

The mound is a lonely place. And since baseball requires so much mental strength and toughness, sometimes encouraging words and a good joke can give a player the boost they need to get out of a jam.

While the facial hairless pitchers can only rely on their inner willpower, Sean Doolittle gets a little help from his beard friend: So how does Doolittle's performance-enhancing beard match up against the other beards, mustaches and goatees in Major League Baseball? 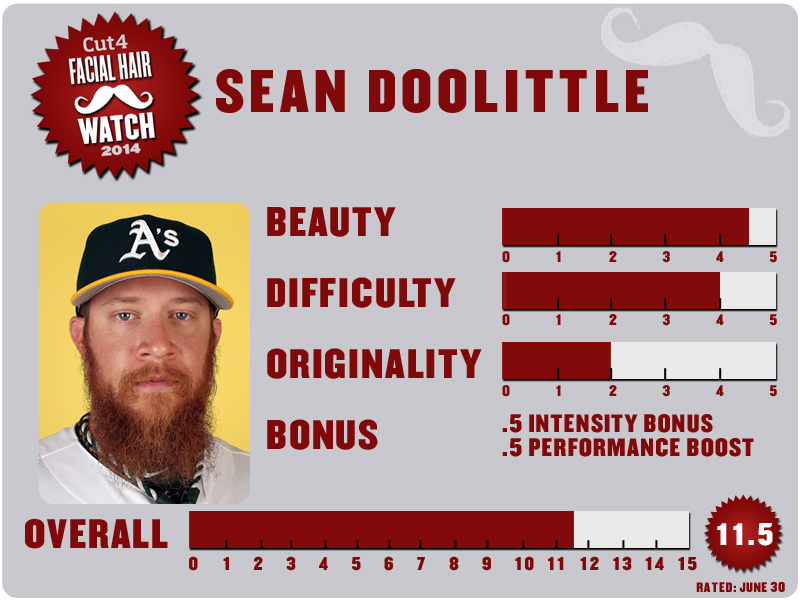 That gives us a new leader, putting Doolittle at the front of the leaderboard and beating out Adam Lind, Dustin Ackley and Joba Chamberlain. Here are the current standings: