Don Zimmer, who turns 83 today, first signed with the Brooklyn Dodgers before the 1949 season. He made his debut in 1954, playing alongside Jackie Robinson, Duke Snider, Pee Wee Reese and Roy Campanella.

Zim won two World Series during his playing career -- one in the Dodgers' fabled 1955 win over the Yankees, and one in the team's second season in Los Angeles.

After 12 years as a player, Zimmer turned his focus to management, starting with a few Minor League teams in the late 60s. By 1972, he had made his way back to the Majors as a manager -- first with the Padres, and later with the Red Sox, Rangers and Cubs. 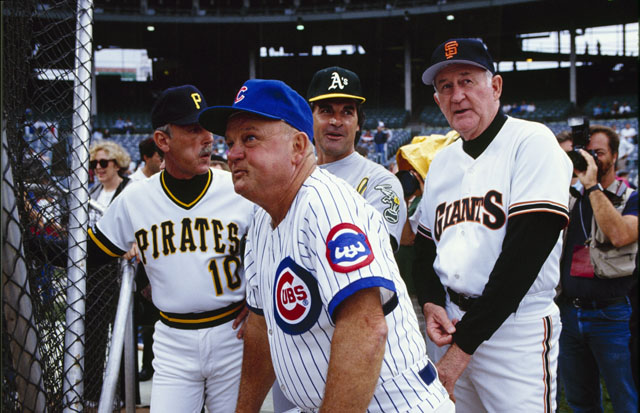 In 2003, he famously got into a scuffle with Red Sox pitcher Pedro Martinez following a benches-clearing inside pitch from Roger Clemens to Sox outfielder Manny Ramirez:

Zimmer has been a senior advisor to the Rays since 2004 -- in which time the Rays have been to the postseason four times, including their first World Series appearance in franchise history. 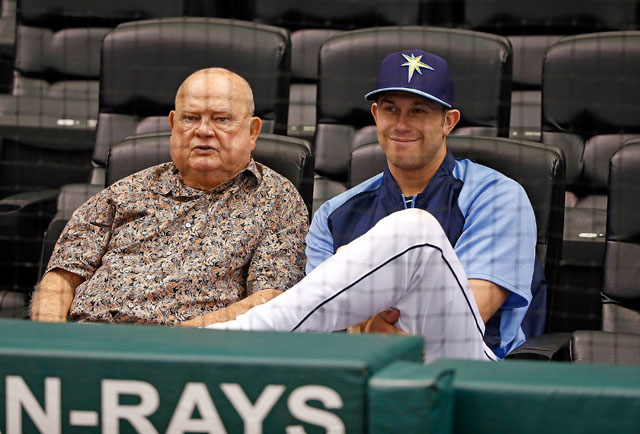