No, seriously. That Muggsy Bogues.

The 5-foot-3 point guard, who turned 50 on Friday, played one game for the Gastonia Rangers in 1991. The team (a Texas Rangers' Class A affiliate from 1973-'74 and '87-'92) was located in North Carolina and owned by Charlotte Hornets proprietor George Shinn. As part of a June 21 promotion, Shinn subbed both Muggsy and Dell Curry into the Rangers lineup.

Curry (a former Orioles draft pick) pitched three innings, striking out four and allowing one run. Muggsy played second base and struck out twice in two at-bats. But still, Muggsy Bogues has a Baseball-Reference page! Muggsy Bogues has a baseball card! 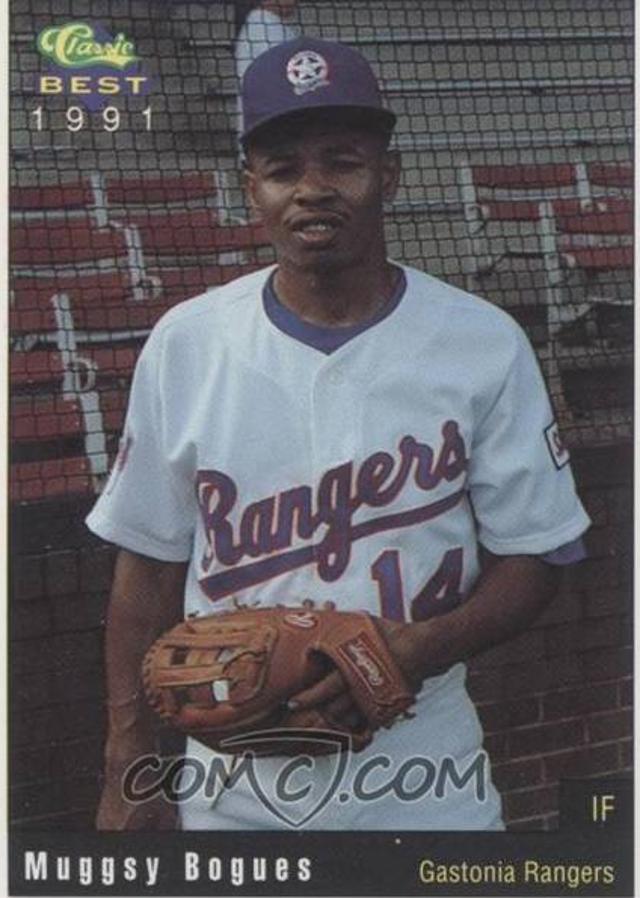