Here are the new jerseys MLB teams will wear in 2014

Like every year, rookies are in every Spring Training camp hoping for their shot at the Majors in 2014. And also like every year, teams are get ready to introduce a bevy of newcomers in another area: uniforms.

While no full uniform overhauls are happening this season, seven teams have a new primary or alternate jersey on tap for 2014. (Various other special-event alternates have been unveiled as well, but these are the new tops you're likely to see on a regular basis this year.) Tell us what you think of these new duds: After introducing a popular yellow alternate with their "A's" cap logo on the left breast two years ago, Oakland decided to apply the format to a green jersey and eliminate their previous green jersey with "Athletics" wordmark. 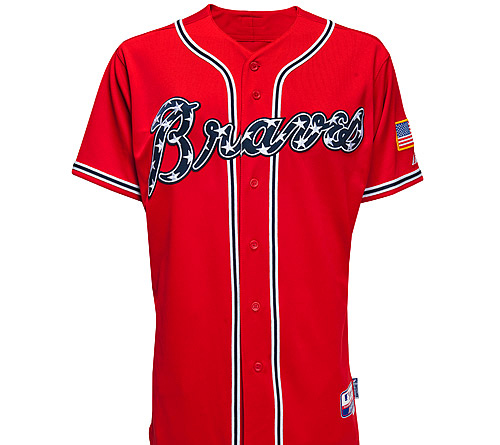 Compared to Atlanta's previous red alternate, this new one drops the tomahawk and adds some patriotism. The Cubs will wear throwback jerseys from every decade to celebrate Wrigley Field's 100th anniversary, and also introduced this retro-inspired alternate road jersey. Also adding a second gray away jersey, this year the Dodgers will trade off between wearing "Dodgers" and "Los Angeles" wordmarks on the road. Boston won the '13 World Series with all-navy letters on the road, but decided to go back to red letters with navy outlining -- in which they won the '04 and '07 titles. Another addition to the cap-logo-on-left-breast trend is Kansas City, who put the "KC" (as well as powder blue piping) on their royal blue alternate for the first time instead of their "Royals" script.