As far as Major League skippers are concerned, Joe Maddon is about as eccentric as they come. Whether he's re-enacting infamous press conferences from other sports, living out of his RV, or turning Rays road trips into theme parties, it's safe to say that he's keeping things interesting.

His team's upcoming West Coast road trip will prove to be the rule, not the exception, as Maddon's hippie alter-ego showed up at the ballpark on Sunday to invite the Rays on a Woodstock-themed excursion.

We're off on the Woodstock trip. I want to make sure the guys have a good time. There's no panic. Keep playing hard. pic.twitter.com/C596FX1LpQ

"The trip is going to be beautiful," Maddon said. "You've got Felix [Hernandez], then [Hisashi Iwakuma] to follow. It's really nice. That's after a 5 1/2 hour flight into the wind. The good part is that we'll be dressed appropriately and I want to make sure the guys have a good time. It's no time to get panicky, down or anything like that. Just keep playing the game hard and it comes back to you."

Dressed appropriately would be an understatement. After dropping a close one to the Indians on Mother's Day, a bunch of Rays players took to Twitter and Instagram to share their, um, Sunday's best:

.@TheZobrists' shirt says "Put down the drugs, come get a hug." Well, you heard the man... #RaysWoodstock pic.twitter.com/z7RjtBneCF 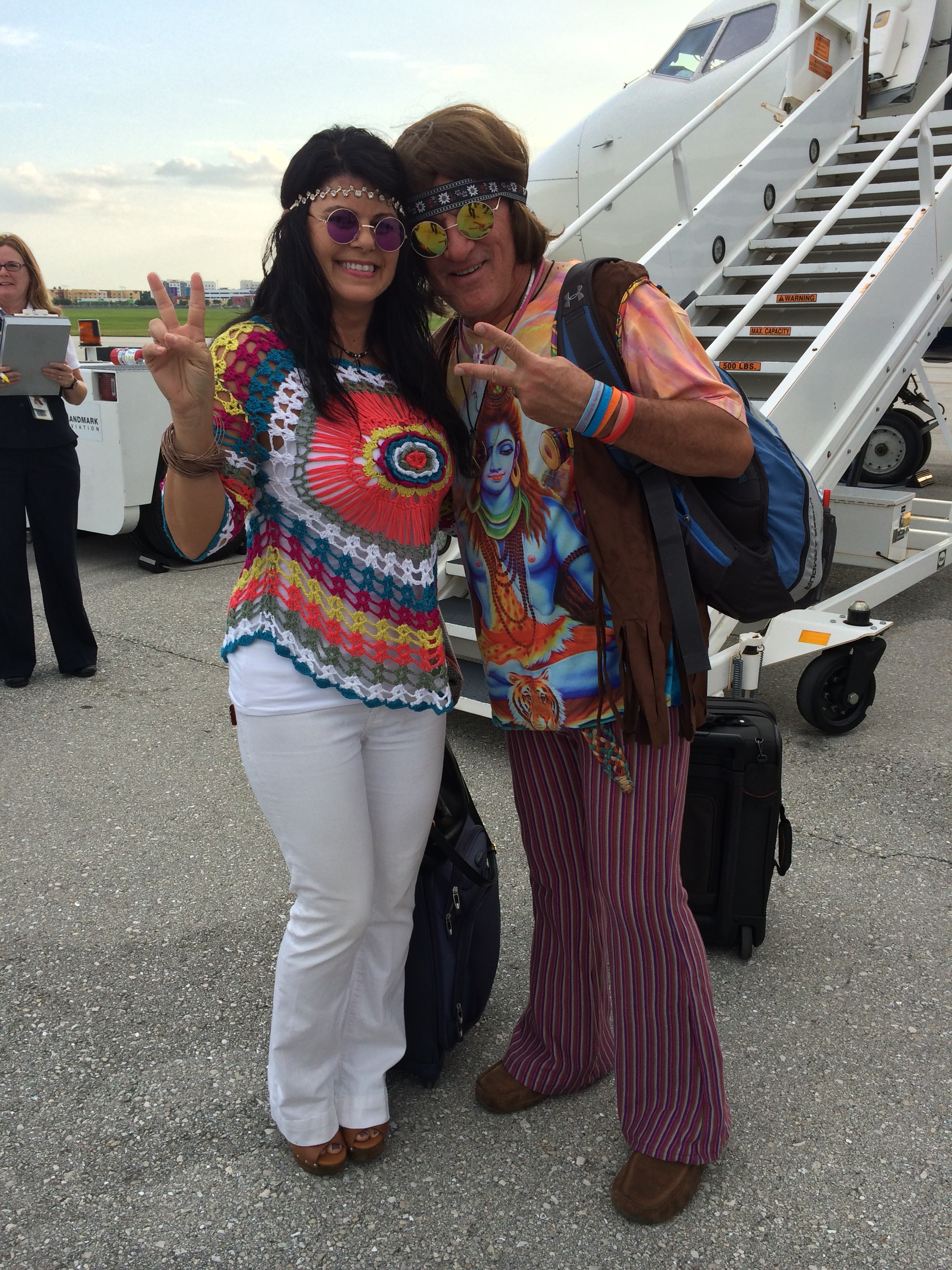 Here's to hoping the Mariners trot out Hendrix's rendition of the Star-Spangled Banner to kick things off in Seattle.