How did Gerrit Cole's debut match up with other top-pick pitchers?

Tuesday night marked the long-awaited Major League pitching debut of 22-year-old Gerrit Cole, chosen by the Pirates as the No. 1 overall pick in the 2011 Draft. So, how'd he do?

Cole earned Pittsburgh an 8-2 victory over San Francisco, taking a shutout into the seventh inning. The rookie certainly made an impression on Gregor Blanco, the first batter up for the Giants, striking him out with three high-powered fastballs:

And as if all that weren't enough, Cole even hit a two-run single in his first career at-bat. You've got to love this intensity.

Not to mention the fact that Cole's already paying homage to Zoltan like a seasoned Buc.

But how does Cole's performance stand among previous high-pressure Major League debuts of pitchers who were chosen first in the draft? As impressive as Tuesday's start was, we can't forget about Stephen Strasburg, 2009's top pick. Strasburg struck out an unimaginable 14 batters, setting a Nationals record in his MLB debut on June 8, 2010. 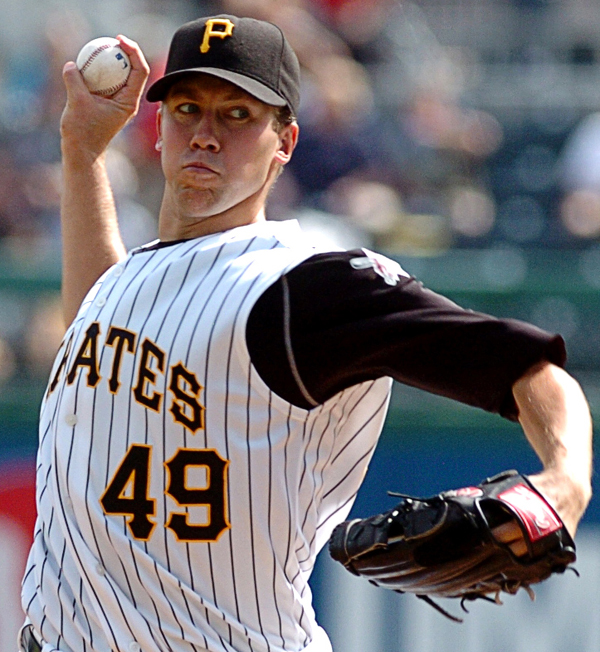 Reliever Bryan Bullington made his anticlimactic debut in Pittsburgh on September 18, 2005, allowing a hit, a walk and two earned runs in 1 1/3 innings. Today, Bullington pitches for the Hiroshima Carp.

Cole may have exceeded Bullington's first outing, but he still fell short (who wouldn't?) of Strasburg's astronomical achievement. We expect he'll finish his rookie season at a level somewhere between full-on All-Star and one-way ticket to Japan -- though it's looking a lot more like the former. Well done, Gerrit.