In honor of Joe Mauer and Larry Fitzgerald, six other athlete pairs we want to see play basketball

Mauer, Fitzgerald and other pairs we want to see hoop

Thursday evening began as an otherwise ordinary evening on the Twittersphere. But then Arizona Cardinals wide receiver Larry Fitzgerald unleashed a #TBT upon the Internet and, in the immortal words of Aubrey Graham, nothing was the same.

#TBT to me playing hoops against Joe Mauer pic.twitter.com/quXZ3Hv0Nt

Fitzgerald and Joe Mauer, playing basketball against each other? Granted this was in high school -- we should note here that Mauer averaged more than 20 points per game -- but a 1-on-1 matchup is something we would pay substantial amounts of money to see today.

It seems like it'd be a fairly even matchup, too. Both Fitzgerald and Mauer are 31 and roughly the same height (6-foot-3 and 6-foot-5, respectively), so it could go either way. You know what they say: That's why you play the game.

But that got us thinking about other 1-on-1 matchups between MLB players and non-NBA athletes we'd like to see. The possibilities are infinite, but these are our favorites. Some are too close to call, like the Fitzgerald/Mauer pairing, others … not so much. Altuve is 5-foot-6. Phelps is 6-foot-4. But if that 8-inch height difference isn't enough of a mismatch for you, how about this stat: Phelps' wingspan is 6-foot-7. So Phelps arms are a foot and an inch longer than Altuve is tall. But that doesn't mean Altuve would be intimidated, of course. 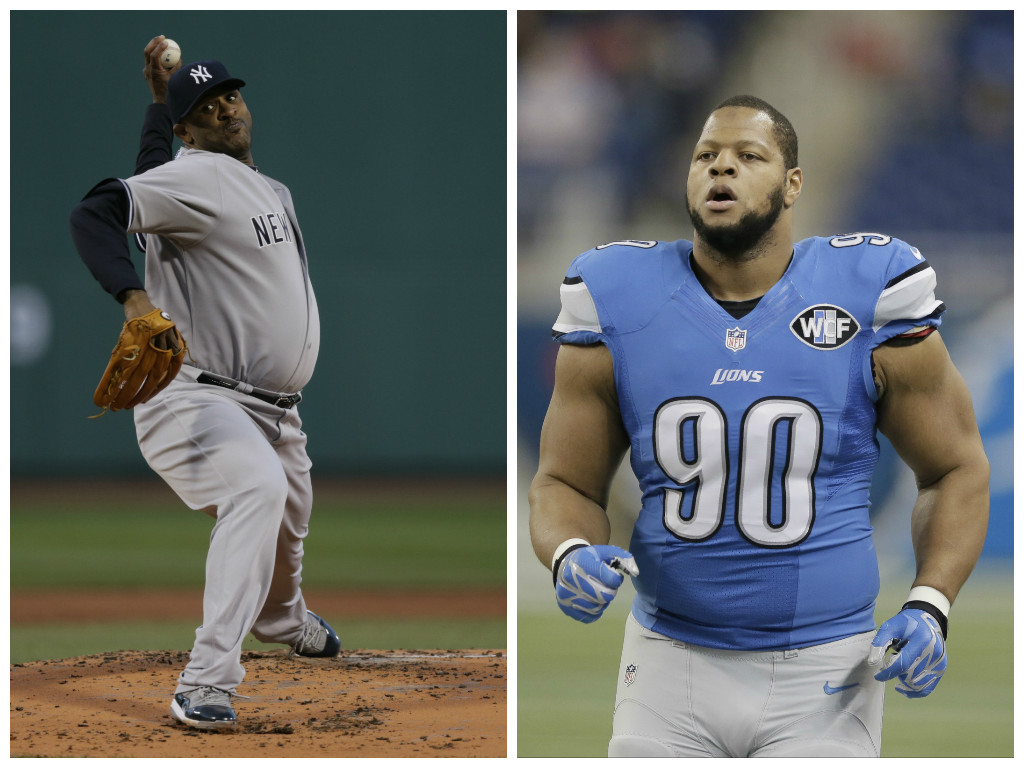 Jeter just retired, yes, but we're making an exception for The Captain because we want him and his TV commercial pal to square off on the hardwood. Both are freak multi-sport athletes: Kemp was recuited to play basketball at Oklahoma and claims he can beat Magic Johnson and Wilson played 93 games in the Minor Leagues before his NFL career. We probably have to give the edge to the brand-new Padre with his hoops background, but it'd be close. We don't have any particular reasons for matching the 6-foot-10 Young -- who actually played D1 basketball at Princeton -- against the 5-foot-10 McIlroy other than the fact that we would be remiss to not include Young, and we just really want to see McIlroy play basketball. Puig and Manziel playing 1-on-1 pickup basketball would likely be the most entertaining thing to ever occur in the history of Earth. It would be broadcast around the globe. Countries would declare national holidays. We can't even speculate what would happen, we just know that it should.

Who do you want to see play basketball? Please, share your best pairings below: