Juan Uribe usually looks different from the rest of his teammates (not everyone can pull off red leather pants), but during the first inning of Friday's Dodgers-Padres game, the contrast was a little more difficult to spot than usual. Can you tell what's off about this picture? Need a little help? Zack Greinke wants to give you a hint: You've got it now - Uribe was wearing the Dodgers' road grays, but his jersey said "Los Angeles" when it should have said "Dodgers." Or DID IT?

Did Uribe wear the wrong uniform on purpose? After he changed into the correct one before the second inning, was he planning on telling us he'd been wearing it the whole time? Is he planning to gaslight us until we believe he's not only the Dodgers' starting third baseman, but their manager as well? Then will we eventually come to believe he's also the governor of California and benevolent ruler of the world? 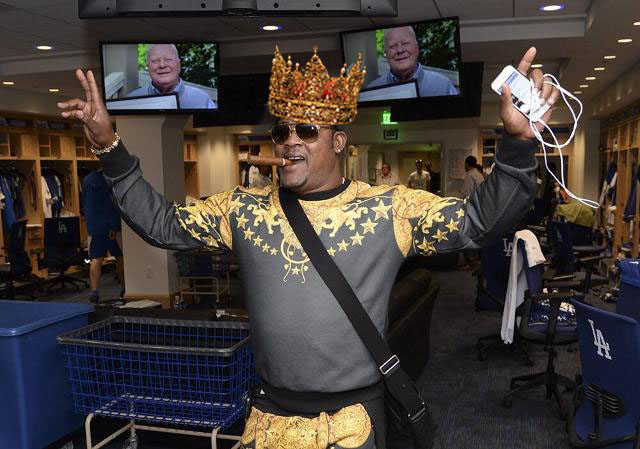 … Actually, that seems pretty cool, so Uribe -- gaslight away.