David Price cued up some R&B music on his phone. "To put her at ease," he explained. "I want us to get to know each other." Elsa was the first of two cows he would befriend at the 38th Annual Cow-Milking Contest on Dairy Night at Angel Stadium. (The other was named Anna -- yes, they share their names with the sisters from Frozen.) The contest is usually handed off to rookies or bench players, but the ultra-competitive Price couldn't pass up at a chance to win in front of a crowd. The Nashville native had never even touched a cow before, and earlier in the day reporters had to correct Price when he talked about milking "him."

After a few pointers from a dairy farmer, Price began milking Elsa and got into a nice rhythm. Halfway through, he swapped cows with his opponent, Angels infielder Luis Jimenez -- but he left his phone behind. The next cow, Anna, was far less cooperative, moving away from Price several times and providing only a few meager spurts. Perhaps all Anna wanted was to hear a few sweet R&B grooves.

At the weigh-in, Price's half-pound of milk was doubled by Jimenez, who had never milked a cow either. Jimenez got a nice milk-pail trophy for his efforts: 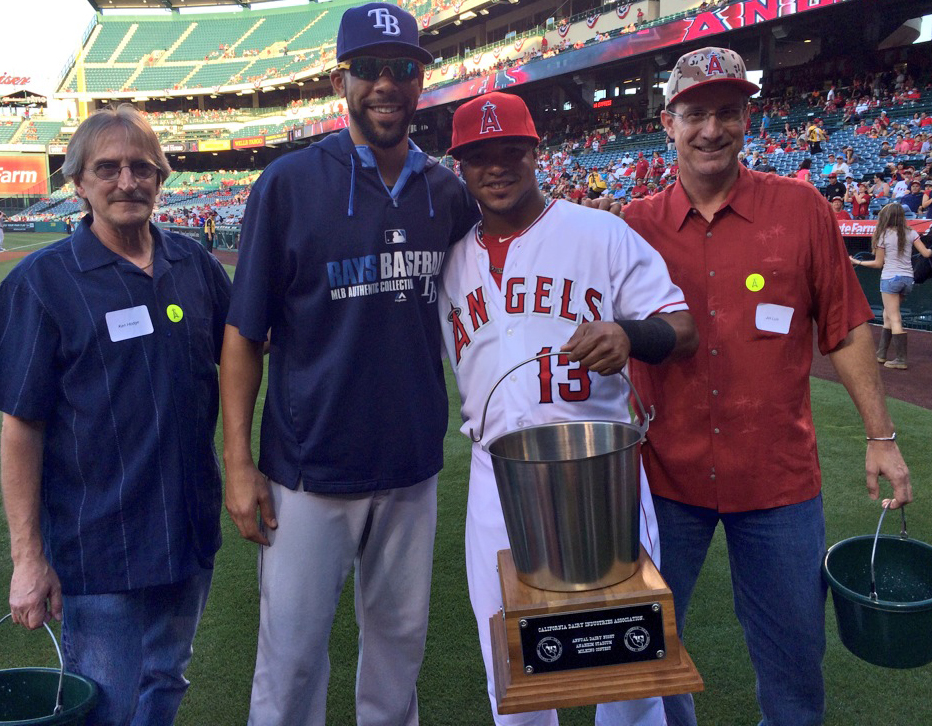 And his nickname, "Lucho," earned a well-deserved addition:

From now on, Luis Jimenez will be known as Lucho Leche. (h/t @wboor).

And Luis Jimenez prevails over David Price of the #Rays in the cow milking contest #AtTheBigA! #MilkThoseCo... https://t.co/gRdNwj3iqu