Check out cricket being played at Citi Field

With baseball season over, stadiums can become depressing places. With the lights off, stands empty and the covered by a tarp, they're a little like the sporting version of "The House on Haunted Hill" -- just without a weird skeleton wandering around.

Fortunately, there's cricket to help keep the stadiums warm and full of life. On Saturday, two squads filled with all-time great cricketers took to Citi Field to show off their kind-of-like-baseball-but-not-exactly skills.

Playing a modern version of cricket known as T20 that can be played in about three hours, Shane Warne captained the Warriors, dressed in purple and gold, while Sachin Tendulkar led the blue and yellow Blasters. And while it wasn't baseball, it looked really nice on the Mets' home turf.

The teams took batting practice, though this was a little different as the field began in the outfield grass: They then took the field, remnants of the just-completed World Series still on the grass: 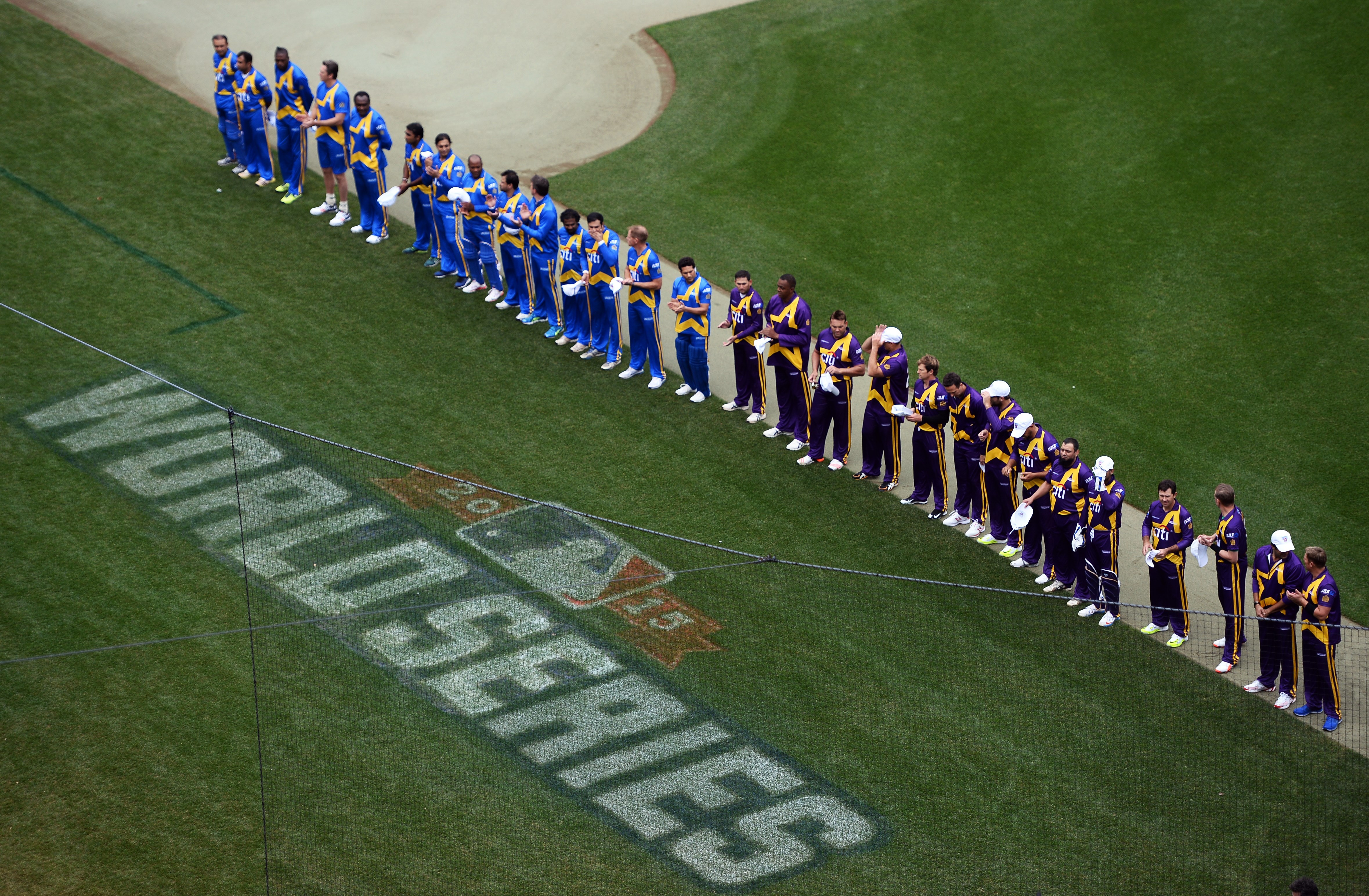 The action was plenty intense, with a number of "home runs" -- or, as they're known in cricket, "6s." The fans got into it:

And it all came down to an exciting finish:

The Warriors made an inspiring comeback, defeating the Blasters in the end. The Blasters will have their chance to make a comeback, though: The teams square off again at Minute Maid Park on Nov. 11 before finishing their American tour at Dodger Stadium on Nov. 14.