May the phorce be with you: Star Wars Night with the Phillies

May the phorce be with you: Phillies' Star Wars Night

On Friday, Citizens Bank Park hosted its first ever Star Wars night, in which the self-described Hometown Phillies Alliance took on Lord Wainwright and the Evil Cardinals Empire. Since his scouting trip on Monday went so well, Darth Vader returned to the park and like any former leader of empires, he made sure to bring plenty of security: 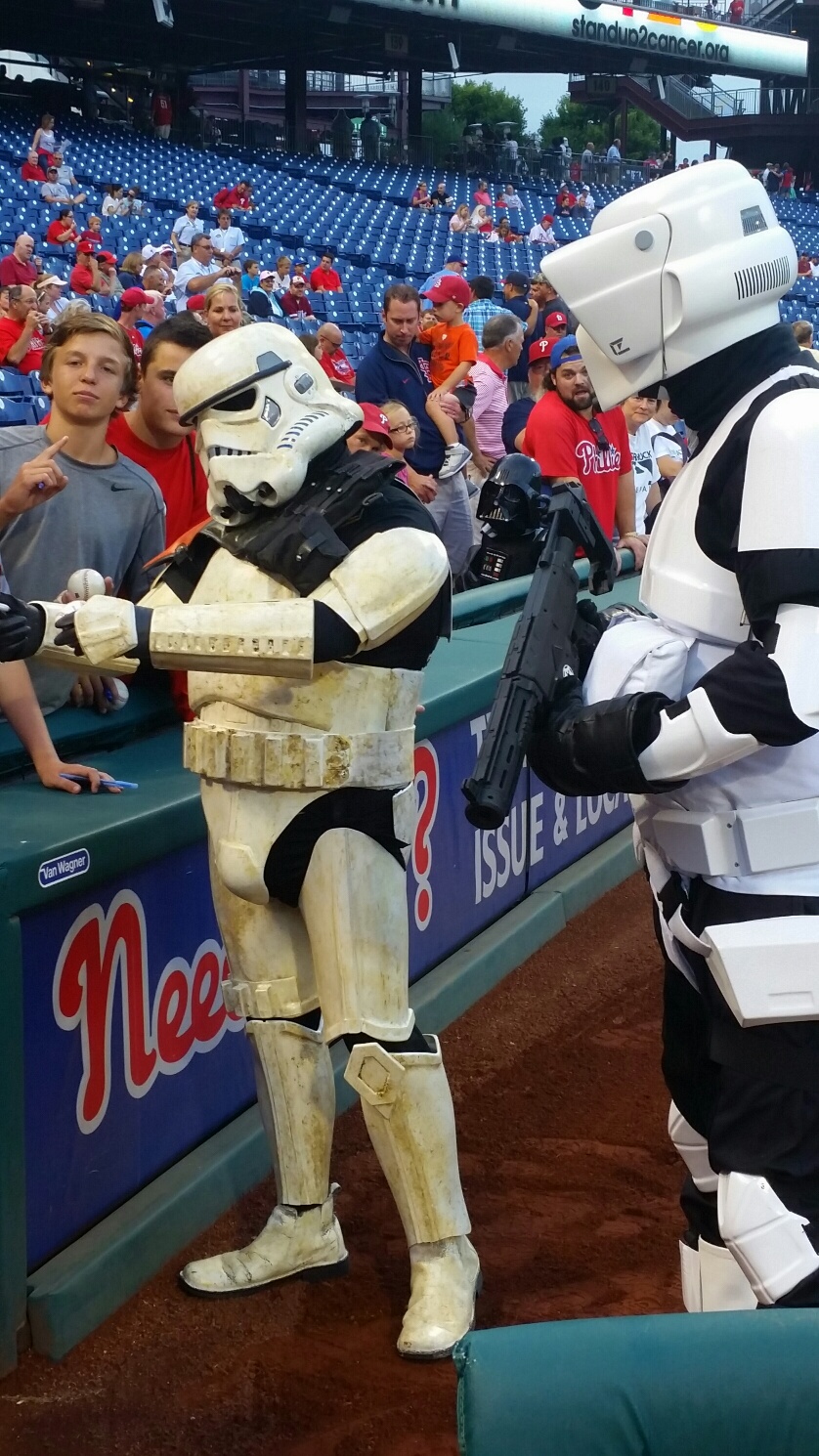 Even behind the cameras:

And like any good head-of-state security, they could not be distracted from their goal:

But Darth Vader managed to stun the Phanatic when he tossed him a first pitch made purely of the force:

Han Solo might have liked to throw out the first pitch, but he was a little incapacitated: Luckily, Luke and Leia were on the scene in case things got out of hand: And Chewbacca and Obi-Wan weren't far away:

Of course, the Phanatic was ready to offer assistance of his own:

In the end, the Phorce was with Phillies and they triumphed over the Cardinals 5-4. Darth Vader returned from when he came, and all was once again right in the galaxy. Isn't that right, Chewie?