Fans get to sleep over, take BP at Fenway Park

Fenway Park has seen a lot over its 103 years in Boston -- from World Series titles to legendary players to a giant ski ramp. But on Wednesday, the old ballpark added something new to its resume: a sleepover. Thanks to Airbnb's "Win a Night at the Home of the Boston Red Sox" contest, two of the luckiest people in New England got to turn the home of Yaz and Teddy Ballgame into their own personal treehouse for a night, complete with some pretty great views from the Green Monster: To enter, fans simply had to tell Airbnb why spending the night at Fenway was their dream -- and as you might imagine, Red Sox Nation responded, with 20,500 total submissions sent. But there could only be one winner, and Kim Ramsay (along with her husband, who she brought along for the ride) was certainly deserving.

Kim initially entered for her father, Freddie Moran, a 76-year-old from Quincy, Mass. Freddie spent years working in the shadow of Fenway: He was a bartender at the Baseball Tavern on Boylston Street, just a block away from the park, before he recently retired. But while he (and his five children) loved the Sox, he never got to see them play in person, because he had to man the bar when Boston played.

Naturally, Kim -- the eldest child, now living in Manchester, N.H. -- jumped at the chance to finally get her dad to a game. Unfortunately, though, a health condition kept Freddie from being able to make the trip, but he asked that Kim and her husband go in his place and create her own Fenway memories. 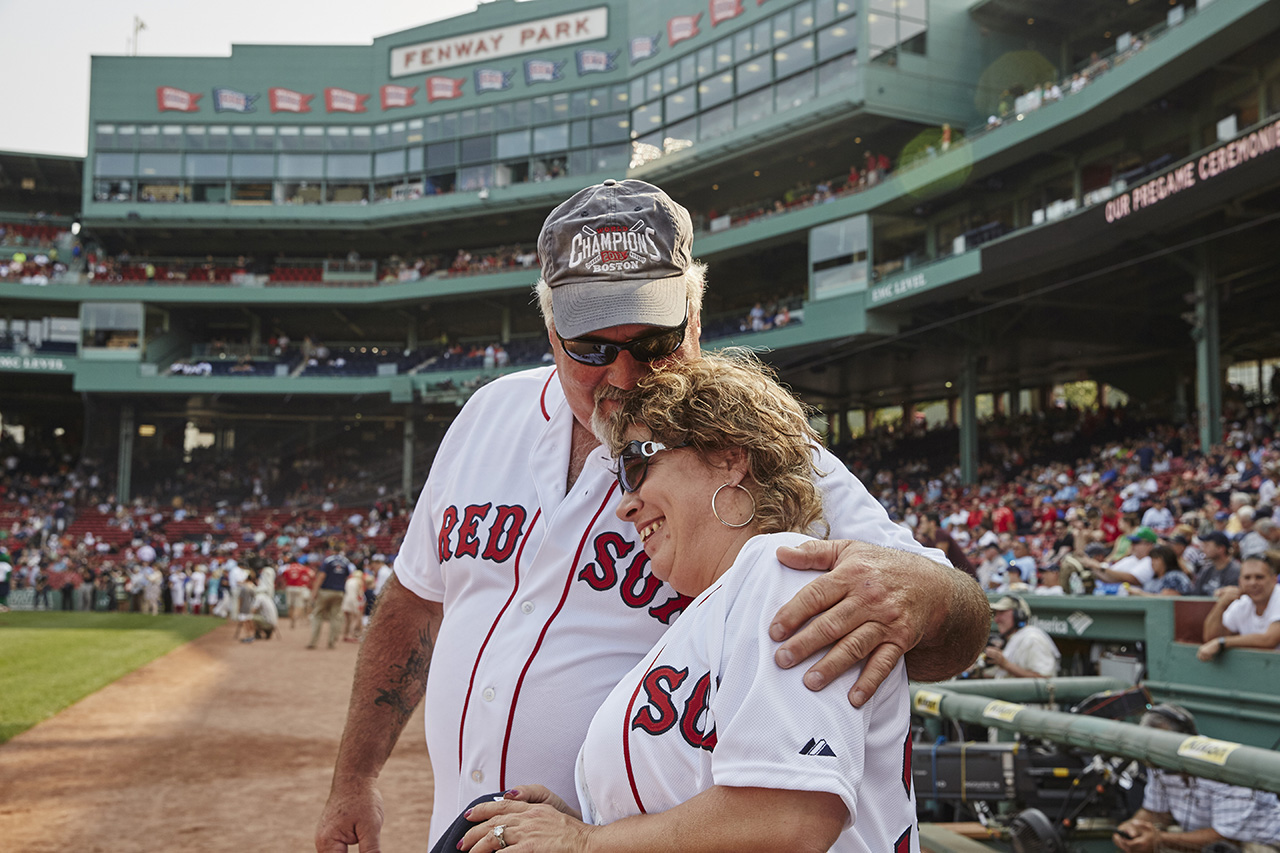 Their experience began at Wednesday's Yankees-Red Sox game, during which Kim and her husband got to take in the action in their very own custom Red Sox jerseys -- after meeting Sox legend Luis Tiant and standing next to the current players for the national anthem, of course. The two even went where only a few souls/Manny Ramirez have gone before: Inside the Green Monster.

After the game, it was time for some rest and relaxation -- dinner was served on the deck out in right field, and after that, the two could call the 37,000-seat stadium home for the night. But, their dream vacation was hardly over. The next day, the couple were given an exclusive tour of the grounds and got to step into the batting cage to take some swings. Former Sox pitcher Tim Wakefield even showed up to play some catch, though he hopefully showed some mercy and didn't decide to bust out the knuckler. Alas, Fenway eventually had to go back to being a ballpark rather than a hotel, but the Ramsays checked out with a truly unique baseball memory. Kim said it best: "We couldn't imagine anything better as Red Sox fans."