When the Nationals handed flamethrowing goofball Max Scherzer a whopping $210 million contract over the winter, they figured they were getting one of the best pitchers in baseball, and they've been right: The righty is third in the NL with a microscopic 1.93 ERA, and he's tied with Tampa's Chris Archer for the most strikeouts in baseball with 113.

But even the Nats have to be surprised by just how dominant Scherzer was during Sunday's game in Milwaukee. Clearly not content with merely "incredibly good," Mad Max upped the ante into "historically unbelievable" territory: He whiffed 16 in a one-hit shutout, and was a bloop single and a walk away from a perfect game. Gerardo Parra was the only Brewers position player to avoid a strikeout -- including two pinch-hitters.

What's that? Why, yes, we do in fact have some piping hot GIFs for your enjoyment. Behold:

It's hard to put a number on just how nasty those curveballs are, but Bill James and his game score stat make it possible -- and as it turns out, Scherzer's start ranks as not only the best of 2015, but one of the very best in MLB history. Scherzer's game score on the day was an even 100, a number that's been reached just 11 times in a nine-inning game since 1914 (for comparison, there have been 23 perfect games).

The all-time high? 105, set by Kerry Wood during his 20-K masterpiece back in '98, followed by no-hitters from Clayton Kershaw, Matt Cain, Nolan Ryan and Sandy Koufax. Scherzer's reward for keeping such historic company? Lots of chocolate syrup, as it was written in the texts of the ancients:

So congratulations, Max. And in recognition of your brilliance on the mound, we thought it only fitting to place you alongside another sports great who knows a thing or two about the number 100: 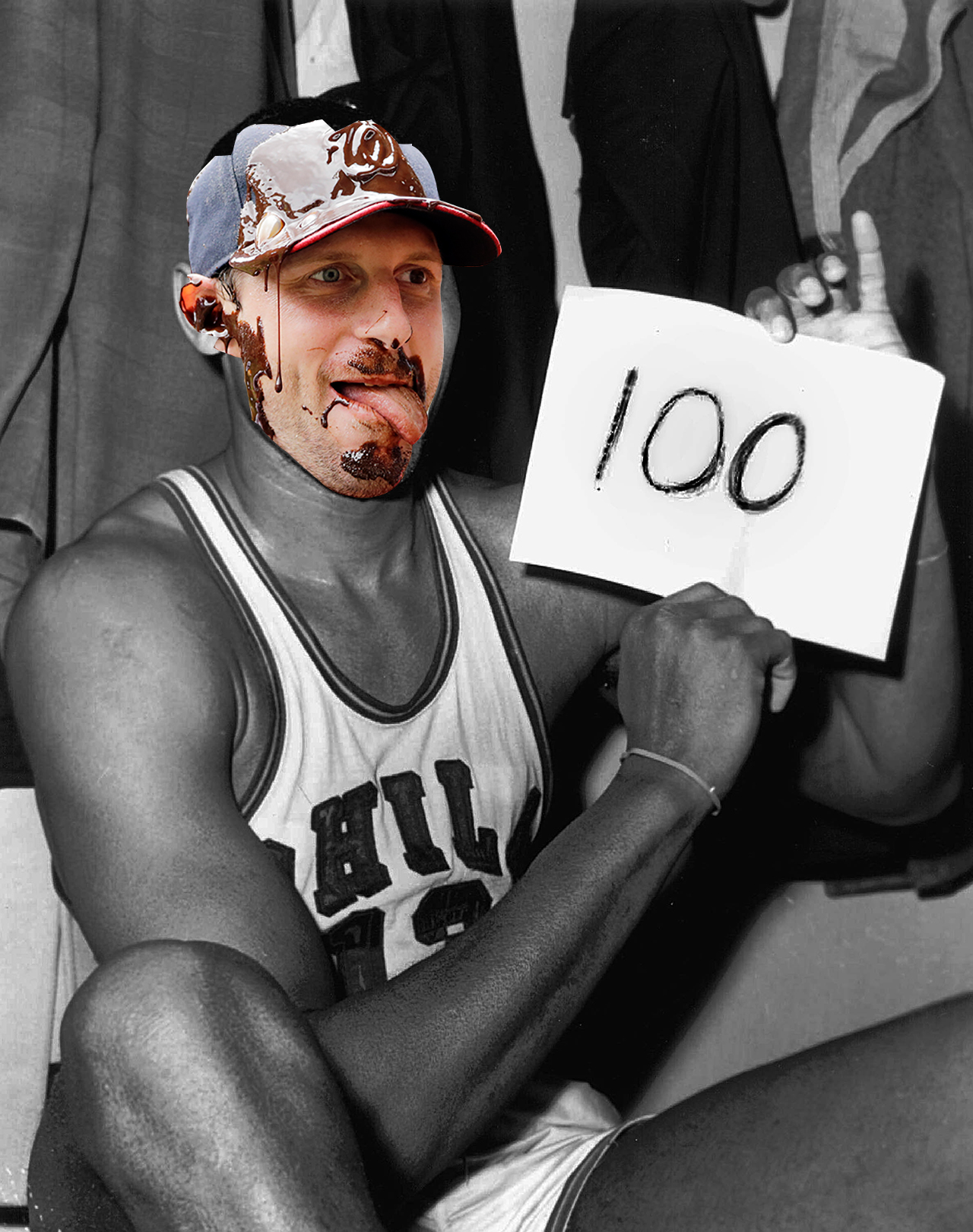