Baseball is America's pastime, so when a major baseball milestone happens, you can expect roughly all of America to show up. At least that's what happened on March 29, 2008, when the Dodgers, celebrating the 50th anniversary of their move to L.A., played the Red Sox at the L.A. Memorial Coliseum, surrounded by a record-setting crowd of 115,300.

For reference, that's more than the populations of San Marino, Monaco and Lichtenstein combined. That's about 1,601 school buses, or approximately 512 average movie theaters, worth of extremely excited baseball fans.

The Coliseum was originally built to host football and track events, which you might have guessed from its distinctly not-baseball field shape: 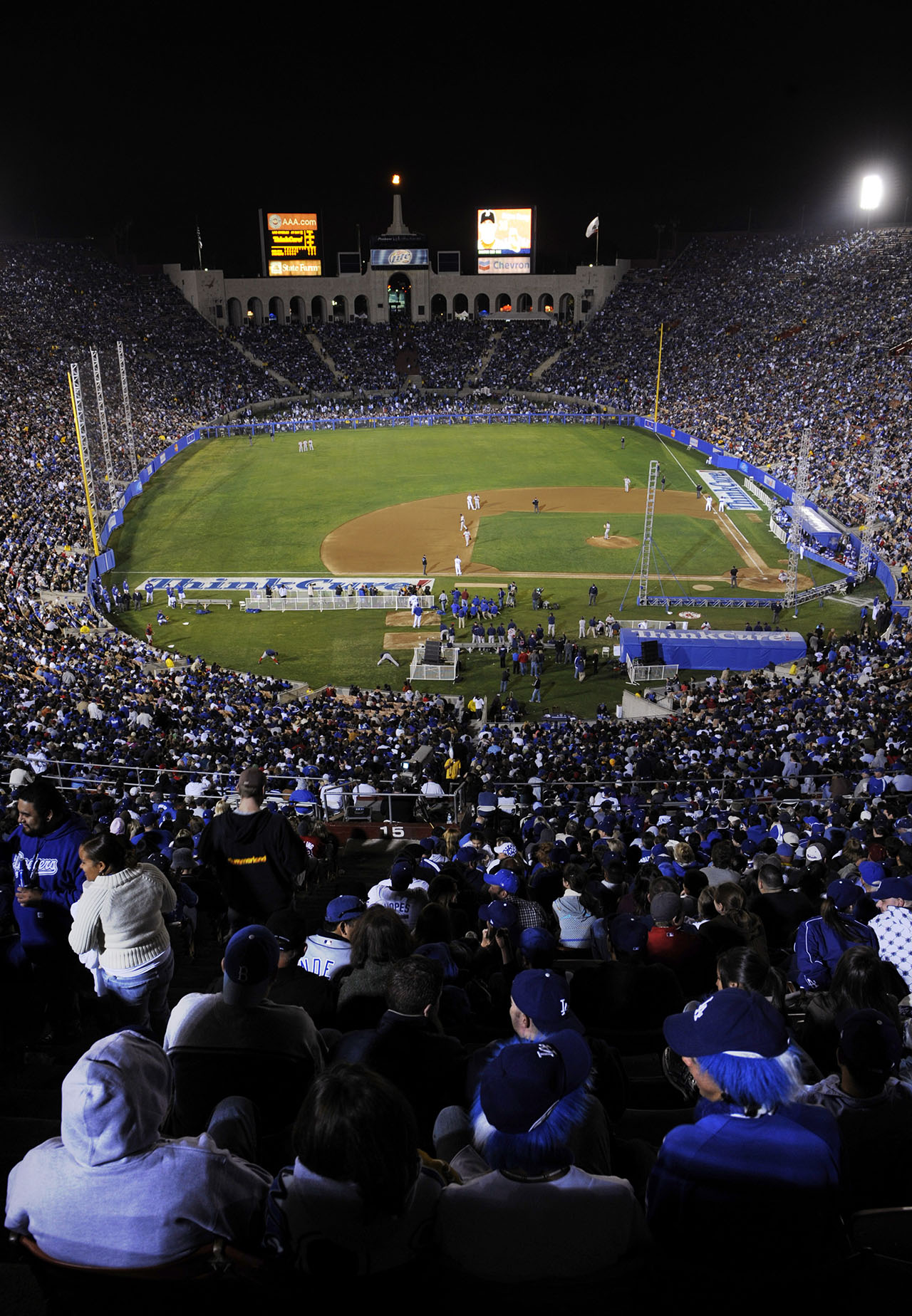 Before they moved to Chavez Ravine in 1962, the Dodgers played there for four seasons, from 1958 - '61. In 1959, the stadium hosted the previous U.S. baseball attendance record-setting game, a 1959 Yankees-Dodgers exhibition honoring Roy Campanella that was attended by 93,103. Guess who was at both? But Vin Scully wasn't the only one who stood out in the crowd. Presumably this fan was singled out for his unique sign and no other reason at all: Here are more pictures of the historic day: 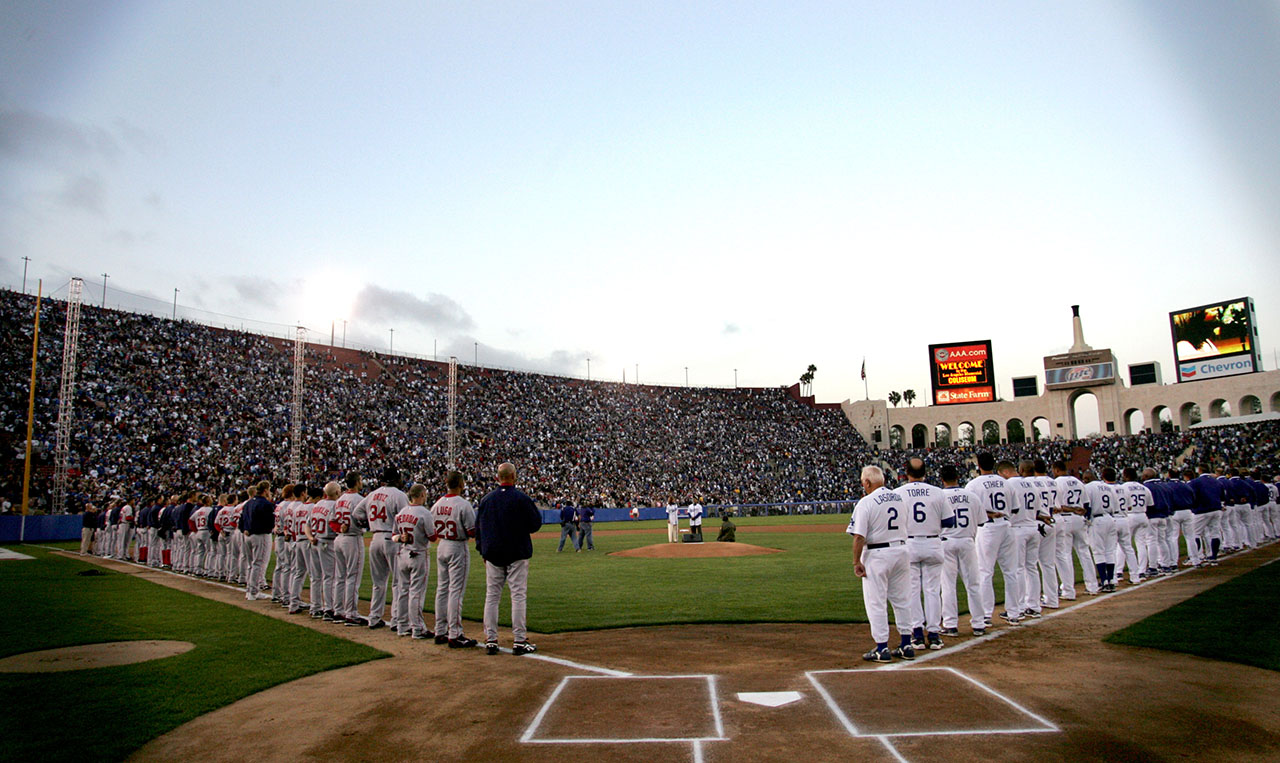 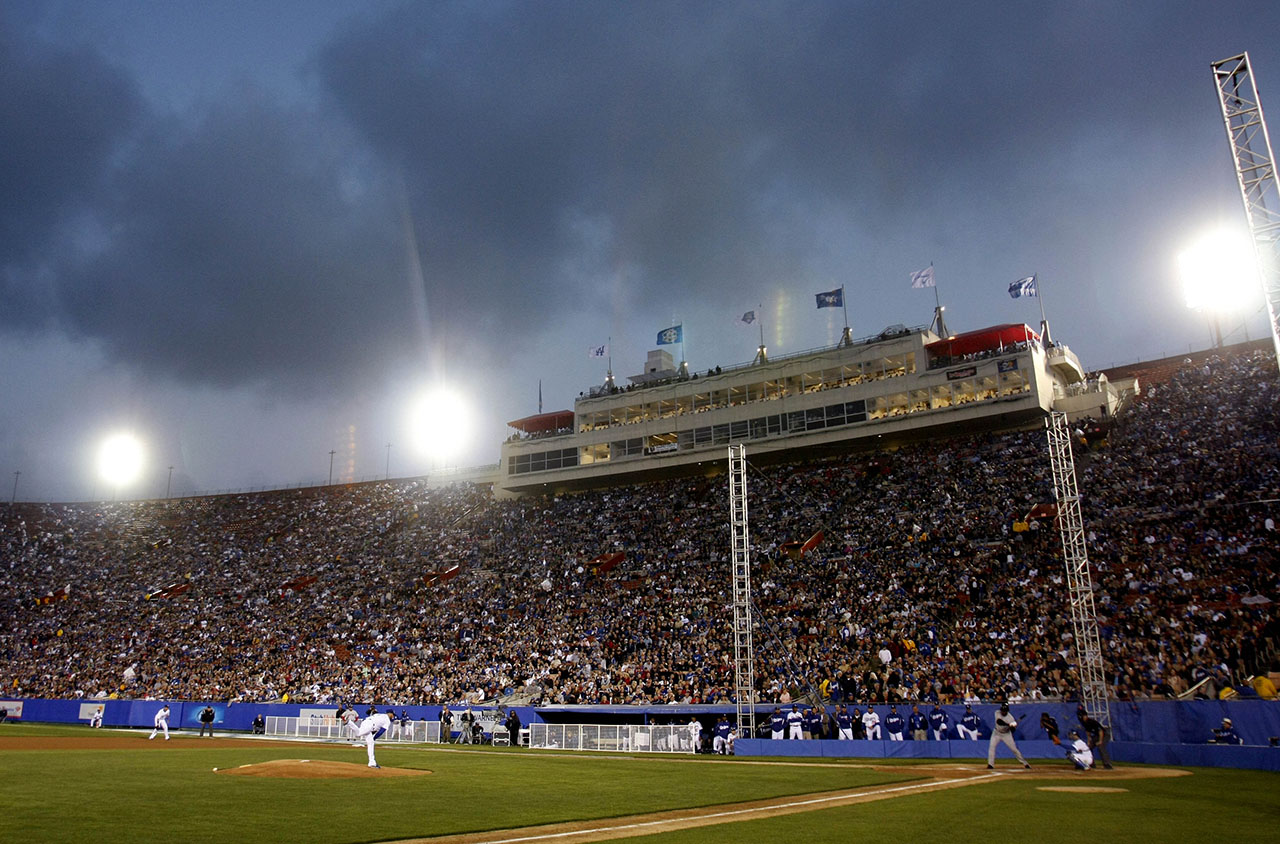