Kluszewski's muscles are so big he goes sleeveless

Sixty-eight years before Yoan Moncada showed off his pythons to the world on Monday, there was 6-foot-2, 240-pound first baseman Ted Kluszewski. The Reds/Pirates/White Sox/Angels slugger blasted 279 dingers during his 15-year career, hitting 40-plus in three consecutive seasons from 1953-55 and leading the league with 49 homers and 141 RBIs in 1954. He also had more long balls than strikeouts in all three of those years. Big Klu was a strong man, so strong that manager Leo Durocher often wondered whether he was a human being.

Upon joining up with Cincinnati in 1947, it's no surprise that Kluszewski's massive arms couldn't fit into his jersey. The team apparently tried bigger and bigger sizes, but his biceps kept breaking through. So, he cut the sleeves.

The rest of the Reds followed suit with the sleeveless look until the mid-1960s -- although nobody looked as terrifyingly powerful as Theodore Bernard Kluszewski: 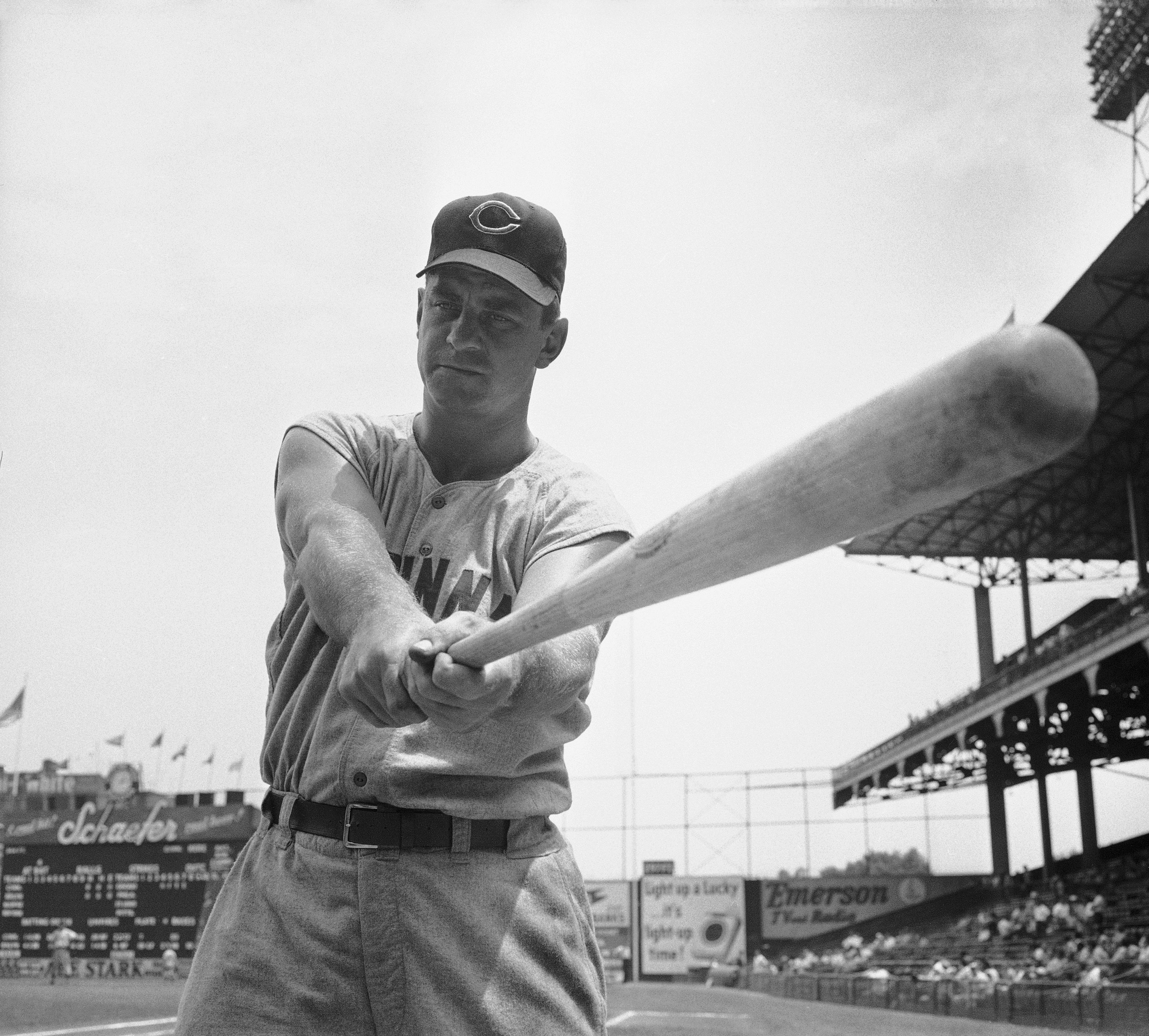