The Hall of Fame case for Luis Castillo

Sure, there will be plenty who vote for the likes of Ken Griffey Jr., Mike Piazza and Jeff Bagwell on their National Baseball Hall of Fame player ballots, but there are players on the ballot who require a little more voter-cajoling. Players who may not have the on-field resume, but deserve an impassioned Hall of Fame case nonetheless. Players like ...

Luis Antonio Castillo. He might not have the eye-popping numbers you'd expect of a traditional Cooperstown candidate, but they don't call it the Hall of Stats. And when it comes to being right in the middle of baseball history, few did it better. Here's why he deserves enshrinement:

Joe DiMaggio's 56-game hitting streak is one of the most remarkable marks in sports, a number so massive it's hard to imagine anyone even coming close. But Luis Castillo doesn't know the meaning of "impossible." Back in 2002, he made a pretty serious run at the Yankee Clipper, picking up a hit in 35 consecutive games and captivating the baseball world:

As far as we know, the Hall of Fame doesn't explicitly forbid superheroes -- which is good, because Castillo had speed that was not of this world. Case in point: Back in May of 2000, he swiped four bags in a single game against the Padres. He would go on to steal a Major League-leading 62 bases that year, and totaled 370 in his career. Not even the finest cameras known to man could keep up with him: He comes through when it counts

Castillo doesn't have 500 home runs, or 3,000 hits, or any of those gaudy numbers. What he does have, though, are two World Series rings from his time with the Marlins, including some very clutch hits:

And, really, isn't that the ultimate prize?

What matters the most when deciding if a given player is Hall-worthy? Individual greatness, sure, but even more important is this: Could you tell the story of the game without him? If it weren't for Castillo and his harmless fly ball down the left-field line back in 2003, who knows what sort of butterfly effect would have taken place:

What surer sign of greatness than being the face of a whole franchise? Castillo was a member of the Marlins for 10 whole years, from its infancy in 1996 all the way to 2005. He's played more games with the team than any player ever, and still holds franchise records for hits, runs, steals and triples. He was a key part of both of the team's World Series titles. And, most importantly, he totally rocked the teal uniforms: 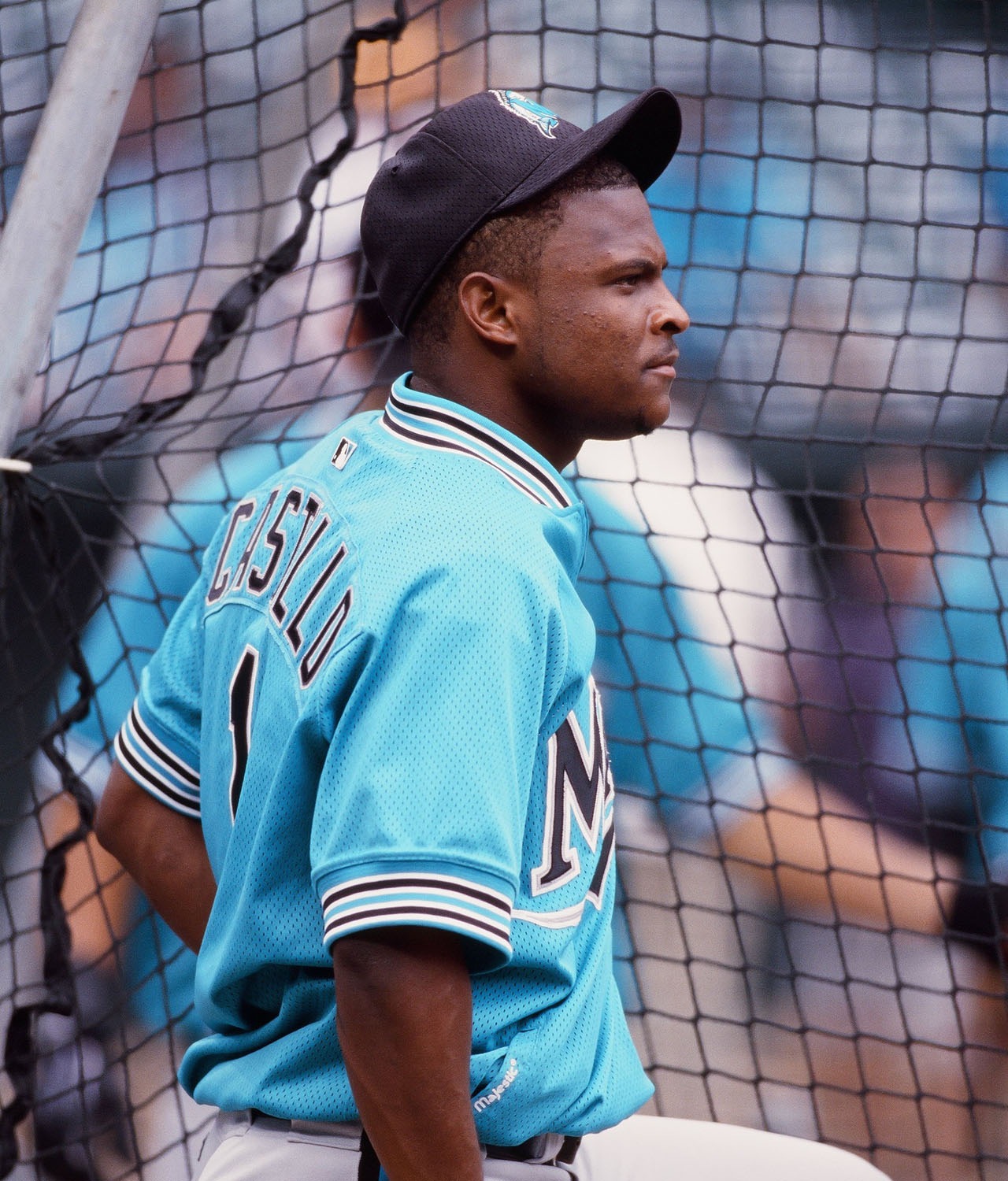