What would the Marvel Cinematic Universe's baseball team look like?

With Ant-Man currently tearing up cineplexes, there's only one question on everyone's mind: If Scott Lang were in MLB, what position would he play? We applied some of baseball's greatest minds to the task, and the answer was simple: Ant-Man would play shortstop.

Hear us out. With a slick glove and an army of ants ensuring that any grounder would hop into his grasp for an easy out, Ant-Man would also offer surprising pop for the position. Plus, he would enrage pitchers with his ability to get on base thanks to his Pym Particles allowing his strike zone to shrink 12.7x its normal size, rendering him impossible to strike out. And just what player would that make him comparable to? Carlos Correa. Though a much shorter Correa.

With Ant-Man joining the squad, here's how the rest of the Avengers-filled lineup would look: 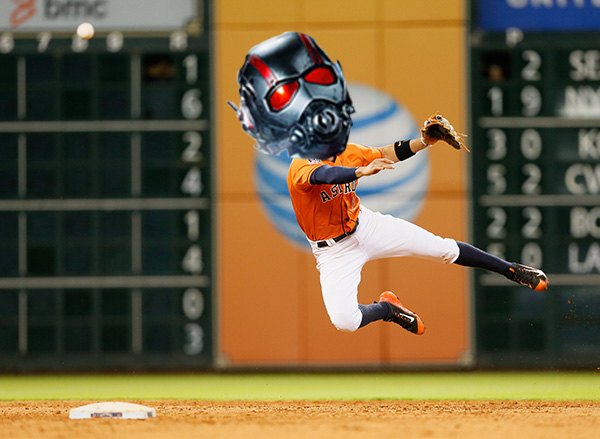 A late bloomer after her key years of development were actually spent as a Russian assassin, Black Widow's agility, speed and killer instinct help her greatly playing second base. Black Widow will make some of the most absurd defensive plays look easy. No one dares bunt anywhere near Hawkeye, who will field the ball and make a strong throw from almost any angle.

Though he's not as strong as some of his superpowered teammates, Hawkeye is no slouch at the plate -- the skills that make him an expert marksman help him pick up the spin on the ball and he's an effective all-fields hitter. With all that aggression and brick-like hands, Hulk isn't exactly a Gold Glove first baseman. But the team really doesn't mind, given that he more than makes up for it at the plate. An enormous slugger with a mighty swing, Hulk can drive the ball further than almost anyone.

Powerful and athletic, Iron Man has more than enough bat to man left field. Also, with his athletic chops, he can cover plenty of distance when chasing fly balls. 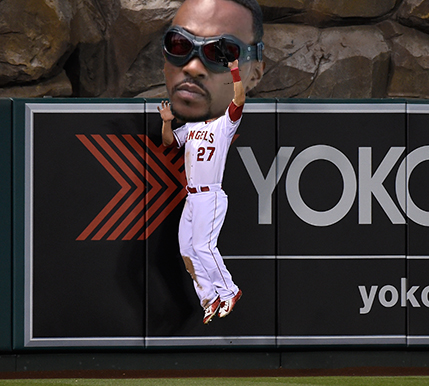 Strong, fast, and with the ability to fly, Falcon can easily rob homers and bash dingers. A true five-tool talent (six if you count flight as separate from speed.)

With massive, rippling muscles and a swing that can bring the rain, Thor terrifies batters whenever he steps to the plate. While Thor has a great throwing arm, his range is right field is merely average as he's not allowed to bring Mjolinir into the outfield.

With his robot brain, the Vision can run through thousands of scouting reports and pitch sequencing patterns every second, running constant simulations for every game situation that may come up. Cap has plenty of experience throwing his shield around, something that would probably come in handy when on the mound, and he's a natural leader who you'd want holding the ball in a big situation. With a magical breaking ball and blazing heater, batters are simply overwhelmed at the plate when facing Scarlet Witch. Sometimes they'll end up swinging before she's even thrown the ball as they're so resigned to their fate.

With talent like that, the team would be expected to easily smash the MLB record of 116 wins in a single season. If you're looking for a win this weekend, be sure to check out Marvel's Ant-Man, now playing in theaters everywhere!