The Mets were nearly named the Avengers

On September 10, 1963, Stan Lee and Jack Kirby teamed up to release the first issue of The Avengers featuring the World's Mightiest Heroes.

But they were nearly beaten to the punch two years earlier, when New York's new National League expansion team announced that they would be known as the Mets on May 8, 1961. The name was a reference to both the Metropolitans of the 19th century American Association and the team's corporate name -- New York Metropolitan Baseball Club, Inc.. It beat out other contenders, including Burros (for the five boroughs), Rebels, Skyliners and, most importantly, Avengers. Shea Stadium would have probably been called Avengers Tower Field: The uniforms would need to be updated: 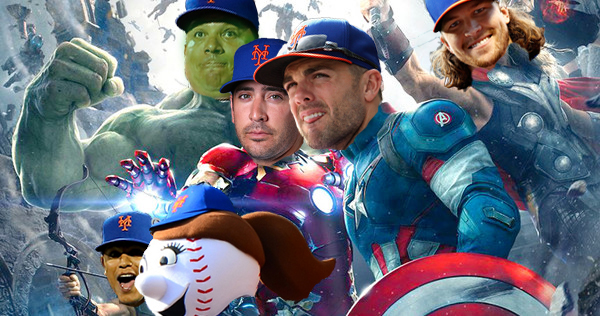 And the Mets' chief rival wouldn't be the Phillies or the cross-town Yankees, but rather a swarm of ultra-intelligent robots: 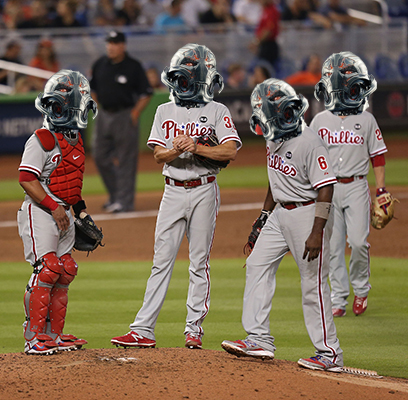 As for whether the team would do any better on the field, well, that's debatable: Also, a word of warning when searching for this topic. The Internet is weird, man.