Prepare to salivate: This is PNC Park's pierogi stacker

Oliver Onion won Pittsburgh's Pierogi race, but he was hardly the most sought-after pierogi at PNC Park on Monday.

That title belonged to the pulled pork and pierogi stacker from Manny's BBQ in the outfield concessions.

Named after former Pirates catcher Manny Sanguillen, Manny's BBQ had the longest line in the park, even as it stood next to a Manny's BBQ express lane, which offered everything but the famous pierogi stacker.

According to friendly concession stand employee Janice, Sanguillen has been all but two of the Pirates home games in 2013, which is apparently nothing unusual. Sanguillen sat near the cash register for more than an hour Monday, signing autographs and taking pictures.

"People love Manny because he has so much love to share," Janice said.

As for the pierogi stacker, which includes two dumplings and pulled pork topped with caramelized onions and sandwiched between pretzel-bread buns, sharing probably isn't the best option. 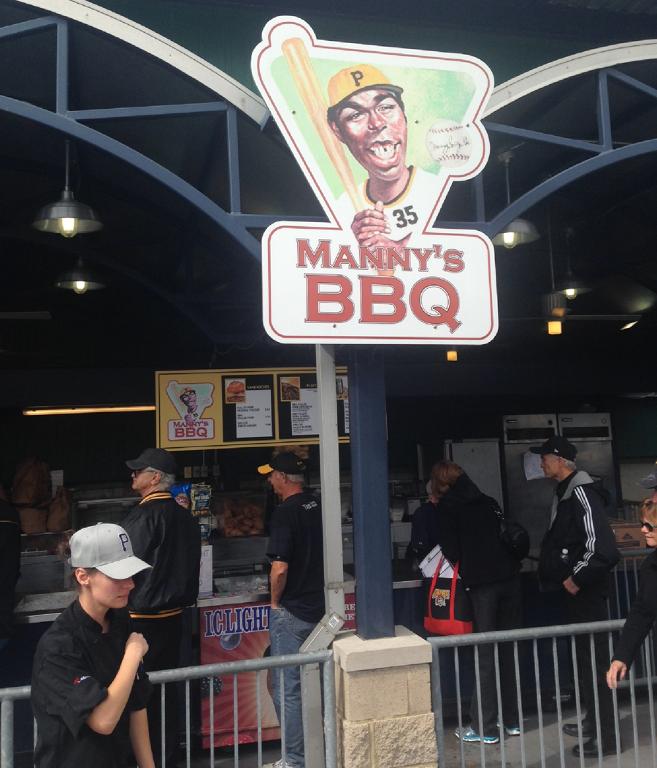