Celebrate the careers of the other Hall of Fame inductees Craig Biggio, Randy Johnson and Pedro Martinez.

From 1991 to 2005, the Atlanta Braves rattled off a string of 14 consecutive division championships. And they did it largely thanks to the contributions of these three men: 2014 Hall of Fame inductees Greg Maddux and Tom Glavine, and this year's inductee, John Smoltz.

After being forced to sit back and listen to Maddux's prank stories and Glavine's golf jabs, John Smoltz will finally have his say. We can only assume it will also be related to golf.

Sadly, one thing that will probably not be discussed was Smoltz's rookie year mustache. I'm guessing the Hall will have a separate wing for that entirely: 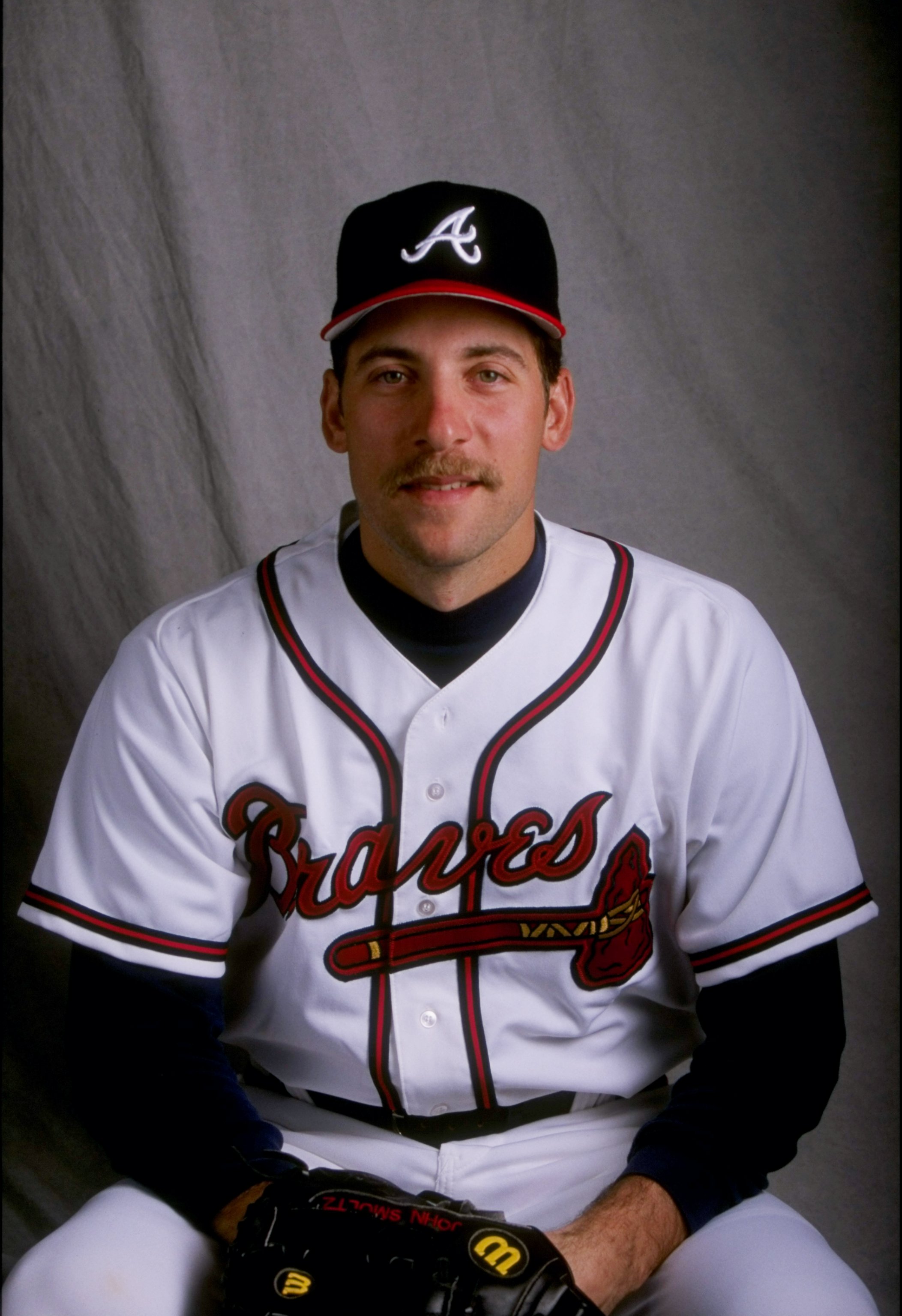 As for his on-field accomplishments, they are, as Larry David would say, pretty, pretty good.

And that's neglecting to mention that after returning from injury in 2001, Smoltz became the full-time closer in '02. He would post a 3.25 ERA and save 55 games, the most in the Majors and Braves history … but he was even better next season. In '03, Smoltz would save 45 games with an absurd 1.12 ERA.

After one more year of stellar bullpen work (2.76 ERA, 44 saves), Smoltz decided that was too easy for him and he shifted back to the rotation. Despite being 38 years old, Smoltz would win 44 more games and throw over 200 innings in each of the next three seasons, while attending two more All-Star games and once again collecting more Cy Young votes.

But that's ignoring Smoltz's postseason accomplishments. Thanks to all those division titles he helped the Braves win, his postseason record is the equivalent of a full Major League season. Across 25 postseason series, Smoltz was 15-4 with a 2.67 ERA in 209 innings. Even more impressive, the right-hander showed off his speed by stealing 3 bases in the postseason, the most ever by a pitcher. Even stranger, Smoltz accomplished the feat in only 64 postseason plate appearances, while in his 1,167 regular season PA, he also managed to swipe three.

And while the Braves won only one World Series during their regular season dynasty, Smoltz saved his best work for late-October. In the Fall Classic, Smoltz was 2-2 with a 2.47 ERA in 51 innings. Not too shabby.

One thing he could work on in his post-Hall of Fame life? His go karting skills: