Here's how to eat Mets-themed food for every meal

Oh, the butcher and the baker and the people on the streets, where do they go? To make blue and orange snacks!

Well, that's what the first two do, anyway -- the latter (read: me), go to find all those snacks and eat as many of them as possible. The Mets are in the World Series for the first time since 2000, and even though they're fighting to come back from two losses to Kansas City, New York is excited. In a city full of delicious food, excitement tends to look like this: If you wanted to (and I don't know why you wouldn't), you could eat a different Mets-themed food for every meal. So … I gave it a shot. I visited several New York locations and tried to consume only Mets-related foods. Since I'm a libertine, I started with dessert.

The cookies above are from Glaser's Bake Shop, an Upper East Side bakery that's been around for more than a century. Well known for their black and white cookies, they've just made a little color adjustment: And added some stitching: Shocking cookie fact: The baker who came up with the blue and orange cookie idea is actually a Red Sox fan (gasp!). But Terri and Rita, the women who were working behind the counter, told me they were both lifelong Mets fans. Rita's favorite Mets player of all time is Sid Fernandez and believes the Mets will win the Series in six games.

William Greenberg Desserts does their own blue and orange cookie, helpfully labelled : Movie based on a food item: "Attack of the 50-Foot Cookie." OK, it might not be 50 feet, but at William Greenberg Desserts, you can eat a cookie bigger than your head: Find them at: Multiple locations Magnolia's Mets cupcake is very tasty and very pretty -- however, the decal is made of rice paper. It's a little weird to chew on when paired with soft frosting, but I can't deny that the look is worth it. This is what Queen Elizabeth would eat if she A) cared about American sports and B) was a Mets fan. Of course, you'd think she'd cheer for the Royals (due to natural sympathies) but maybe she'd serve them when the King of the Netherlands comes to tea. Because, you know, he's part of the House of Orange?

Basebloggers cannot live on cookies alone, so I stopped by Uma Temakeria, a Japanese restaurant best known for "sushi burritos," to try their Mets-maki. And if you're wearing Mets apparel, you can try it too. For free! You can thank Queens native and Mets fan Lena Aviles for the salmon, carrot and spicy mayo hand roll. She's the manager who chose the ingredients to get the maximum amount of orange: After all the desserts I ate, real food was extremely refreshing. This is a sushi combination I'd order even in the offseason.

This experience described in emojis: 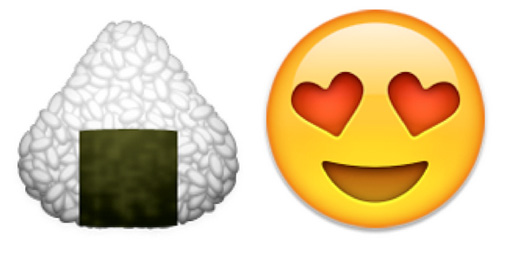 Since we're moving on to dinner and drinks, it's time for Cowgirl's Mets-colored frozen margarita. It's flavored with blood orange and blue curacao (which is delicious), but my favorite part of the drink was the decoration: Pun name I'm jealous of: The drink is called the "Les Gomez," which you're supposed to pronounce as "Lez Go-MEZ." Sneaky.

If you like your beer to reflect your baseball fandom, Dewey's Pub has a "Murphy's Stout" on the menu. But it also has a beer selection that might telegraph your team just a little bit more: One of the bar's owners, Gerard Martell, came up with the idea out of sheer love for his favorite team. "I have seats from the old Shea Stadium in my basement," he told me, when I asked him how long he'd been a Mets fan. Sounds like the perfect place to eat the other blue-and-orange snack Dewey's offers: Martell's World Series prediction: "As a fan I [wanted] a sweep but as a bar owner I want seven [games.]"

Find them at: 349 Bedford Avenue and 745 Metropolitan Avenue

Now that I've worked my way backwards through enough meals for a day, it's time for breakfast. Sure, I could have gotten a blueberry and orange smoothie or something, but that is in no way as striking as these bagels: They don't even look real! They look like perfect Mets-themed breakfast halos, born only of the imagination. But they exist in the real world, and you can eat them. Despite the bright colors, they taste just like a normal bagel. However, you should call ahead to make sure you get one, because they've been so popular lately (for some reason).

Find them at: Multiple locations

Yes, this Mets ice cream is in the correct place in the food order, because I would eat it for breakfast or really, any meal of the day. "Party Like It's 1986" is kettle corn ice cream, chocolate-covered peanut brittle and M&M's. Blue and orange ones, of course: I got mine in a tiny Mets batting helmet: