Take in the sights from World Series Game 1

You may have already heard, but it was Game 1 of the World Series at Kauffman Stadium on Tuesday night. Royals fans -- and a not-insignificant number of Mets fans -- packed into the ballpark to watch Kansas City take on New York, and things got going right off the bat (get it?!).

Royals fans had some very interesting ways to taunt the Mets: 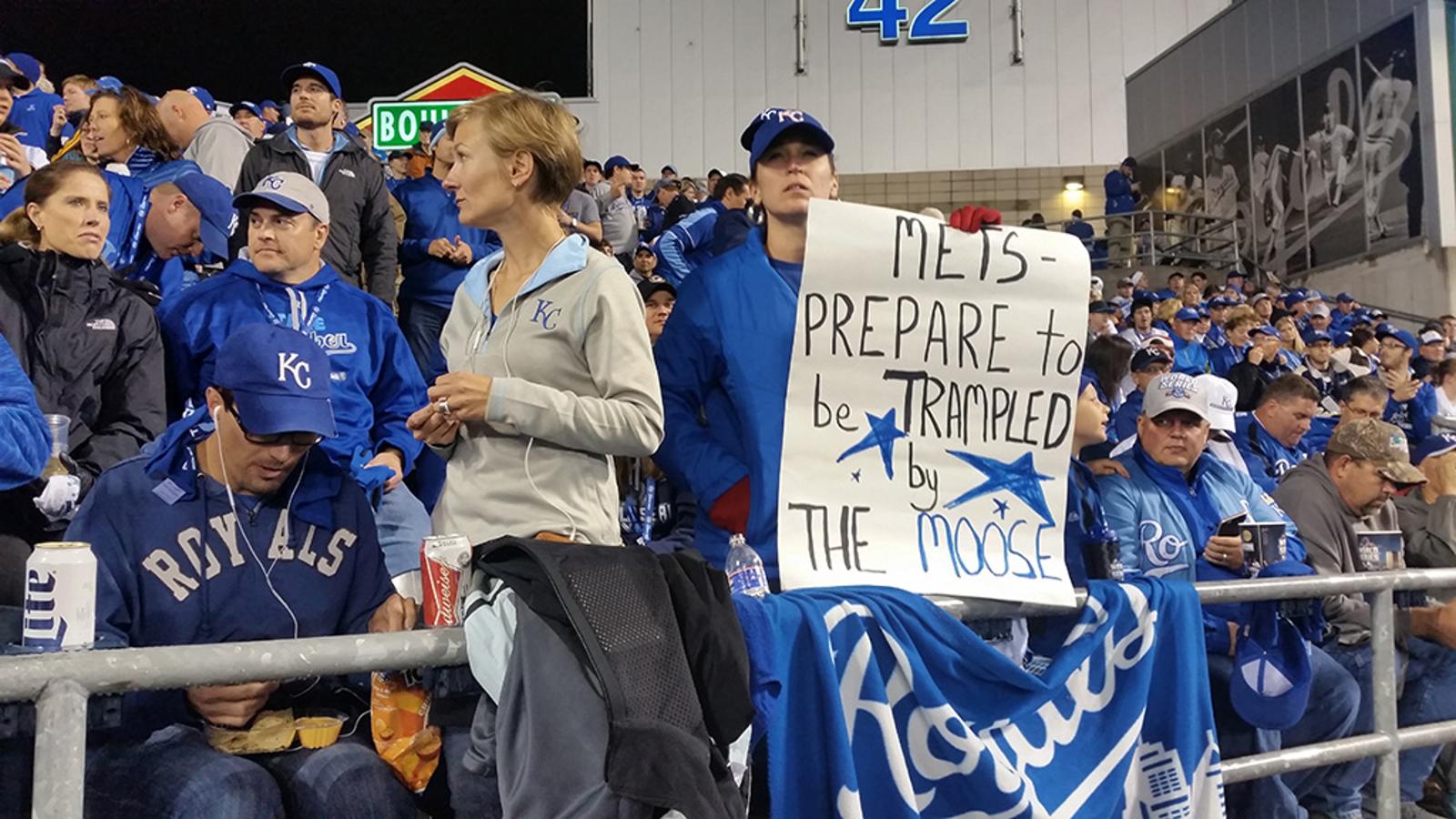 Someone probably had to break the bad news to these Blue Jays fans: Pete Rose had his goin' out boots on: This Royals fan had his goin' out beard on: There were even fans in attendance who made the trek all the way from the 19th century: And what, you thought the catsuit guy would miss Game 1 of the World Series?