103 years ago, Boston walked off against New York in the first official game at Fenway Park

At this point, you know about the Red Sox-Yankees rivalry.

You know about Aaron Boone:

You know (or maybe you don't) about Karim Garcia.

And 103 years ago today, the two teams competed in a nail-biter in the first official game at Fenway Park. Down 5-1 after three innings, the Red Sox stormed back against the New York Highlanders (they'd become the Yankees in 1913), tied the game up in the eighth inning and walked off on a Tris Speaker hit in the 11th. Here's more details from the Boston Globe story the day after:

"There was no time wasted in childish parades. Mayor Fitzgerald dignified the occasion by tossing out the new ball and the Speed Boys and Highlanders were soon at it … [until] Tristam Speaker, the Texas sharpshooter, with two down in the 11th inning and Steve Yerkes, on third, smashed the ball too fast for the shortstop to handle and the winning run came over the plate, making the score 7 to 6, and the immense crowd leaving for home for a cold supper, but wreathed in smiles to see the Speed Boys come from behind and by dint of staying prowess land the victory."

The scene outside the newly-built park was also a bit different than modern day fans have come to know: 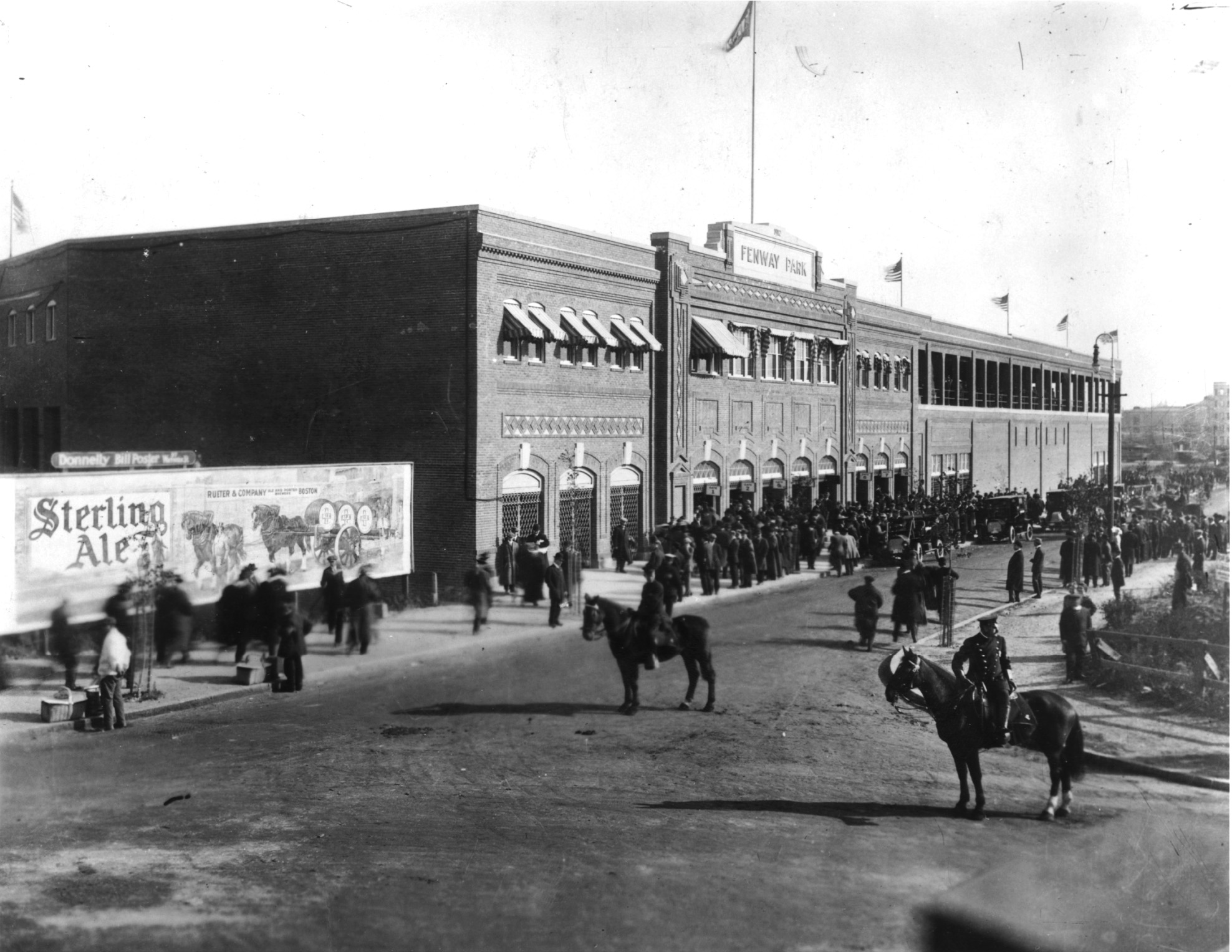 Boston went on to win 105 games and the World Series that year.