15 years ago, the Angels' Rally Monkey was born with some help from Ace Ventura

15 years ago, the Angels' Rally Monkey was born

It was a phenomenon that took the country by storm over the course of one magical October, and it was also a complete accident.

The legend of the Rally Monkey begins as follows: On June 6, 2000, in the middle of an Angels home game against the Giants, two video board operators decided to throw up a clip from "Ace Ventura: Pet Detective" -- a few seconds of Ace's monkey, jumping up and down and screeching. After being informed that the crowd enjoyed it, they put it up again.

Then, with the Angels down in the bottom of the ninth, they had an idea: They played the clip one more time, this time with the phrase "Rally Monkey" superimposed on top. Anaheim came back to win the game and the Rally Monkey was born. 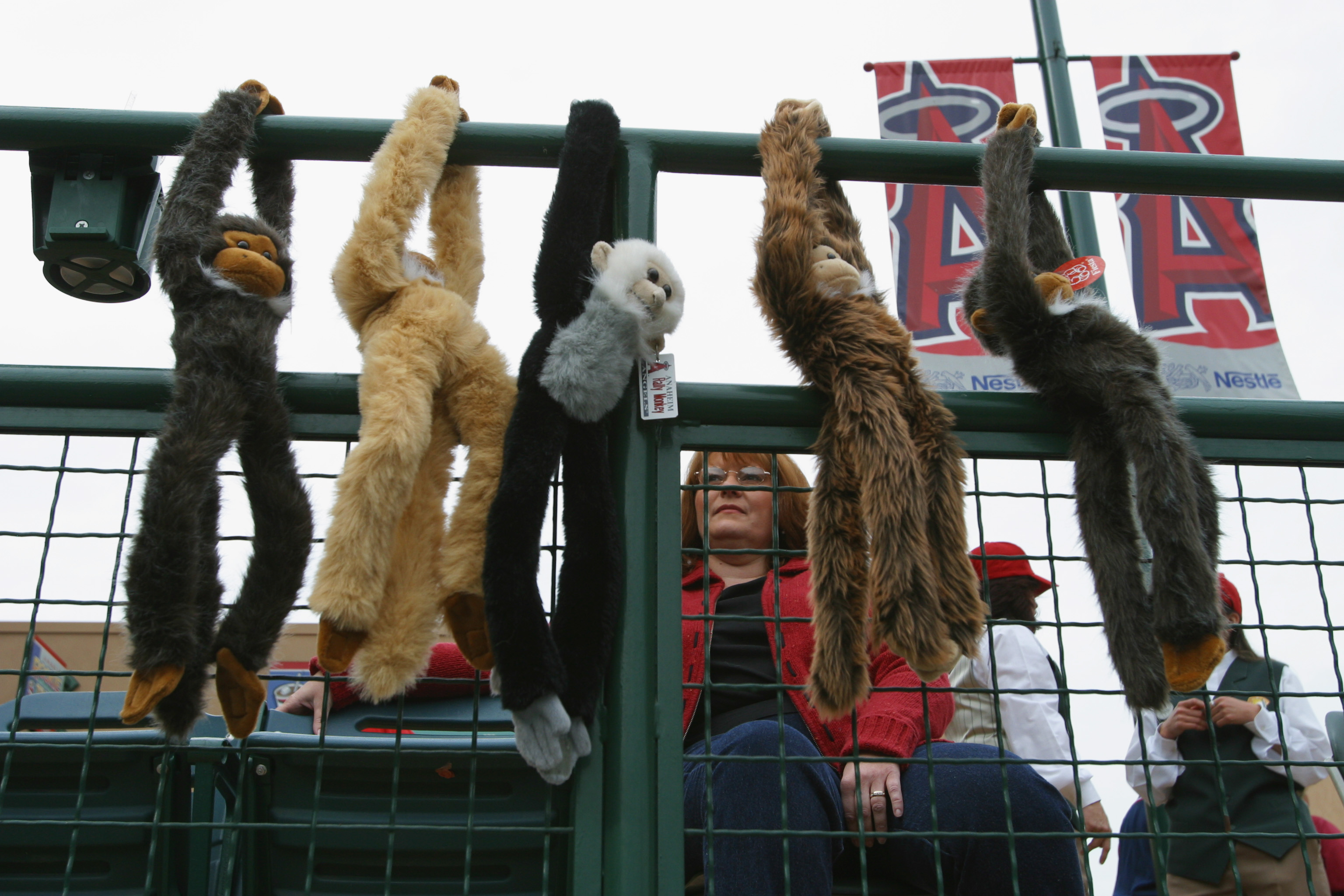 But the cheerleading primate truly took off in 2002, when the Angels stormed through the American League and won their first World Series title. That year, the Angels put together a whopping 18 comeback wins in which they trailed in the seventh inning or later, including an epic rally in Game 6 of the Fall Classic.

Facing elimination and trailing, 5-0, in the bottom of the seventh, the Angels' backs were against the wall -- or, at least, they would've been, were it not for this little guy. Fear not, Angels fans, for an adorable monkey wearing a novelty jersey shall lead you:

Rally Monkey appears, Scott Spiezio blasts a three-run home run, Anaheim tacks on three more in the eighth, they win the game, 6-5, and take Game 7 two nights later. Sure, call the whole thing a coincidence. That's fine by the monkey. He'll just be in the corner, minding his own business, maybe even taking a nap if he feels so inclined. Nothing to see here. And, because we know you were wondering, yes, the Rally Monkey is still around, and he's apparently expanded his comedic repertoire in the years since: