Perhaps thinking that he was a ghost or really, really wanted to pull a Kool-Aid Man/Rodney McCray, Alex Gordon did not slow down upon approaching the wall on Todd Frazier's deep drive. Unfortunately, he is neither of those things. He is a flesh and blood human being about to square off with a metal grated wall.

Gordon, somehow, was able to make the catch despite the imminent collision. After all, he's done this kind of thing before.

Although, in the end, he came away bearing more than a passing resemblance to Wile E. Coyote: 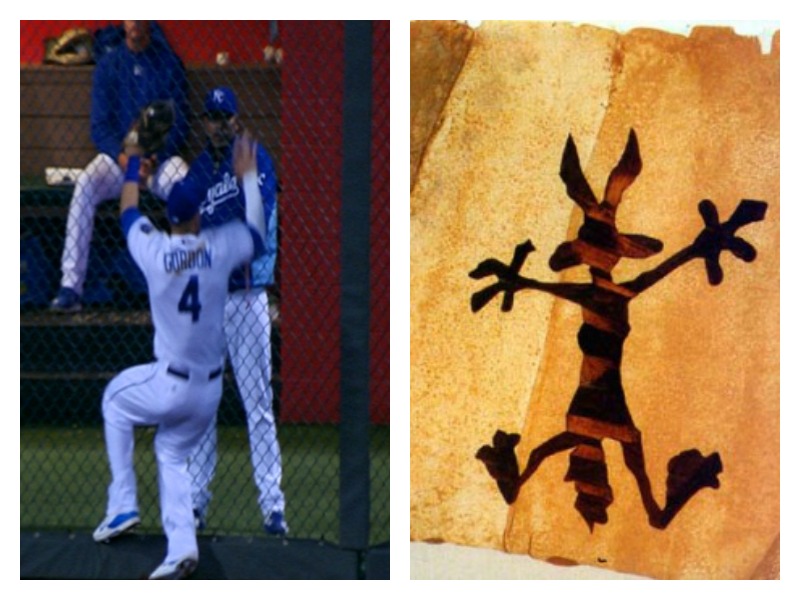